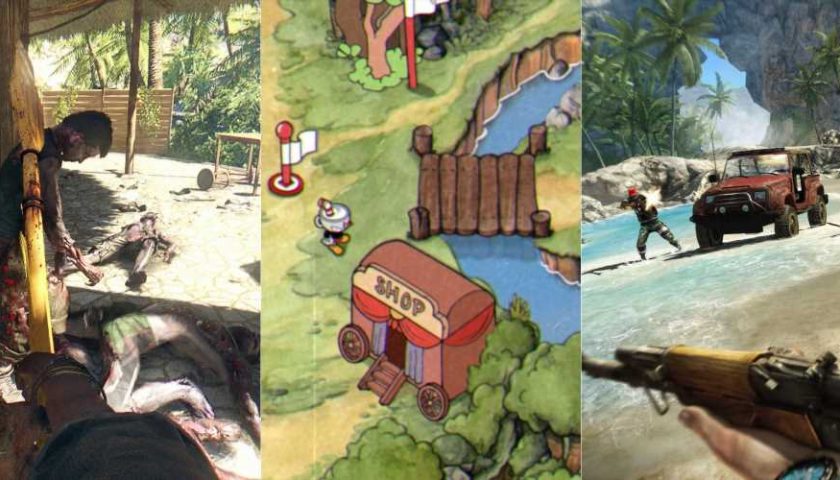 Dwelling on an island with no escape is a feeling no one wants to encounter. However, sitting in the comfort of your own home while controlling a character isn't so bad. Especially if that character can find a weapon to defend themselves or has a purpose to be there. There are plenty of games that focus on an island as their location, games such as Animal Crossing or Minecraft are more focused on the enjoyment and creation aspect of being on that island.

This list is focused on the struggles and fears that come from being on an island. Whether washed up or dropped off on the island, the player you control encounters something or someone that causes them to want to leave. It is from those difficulties that our story unfolds. 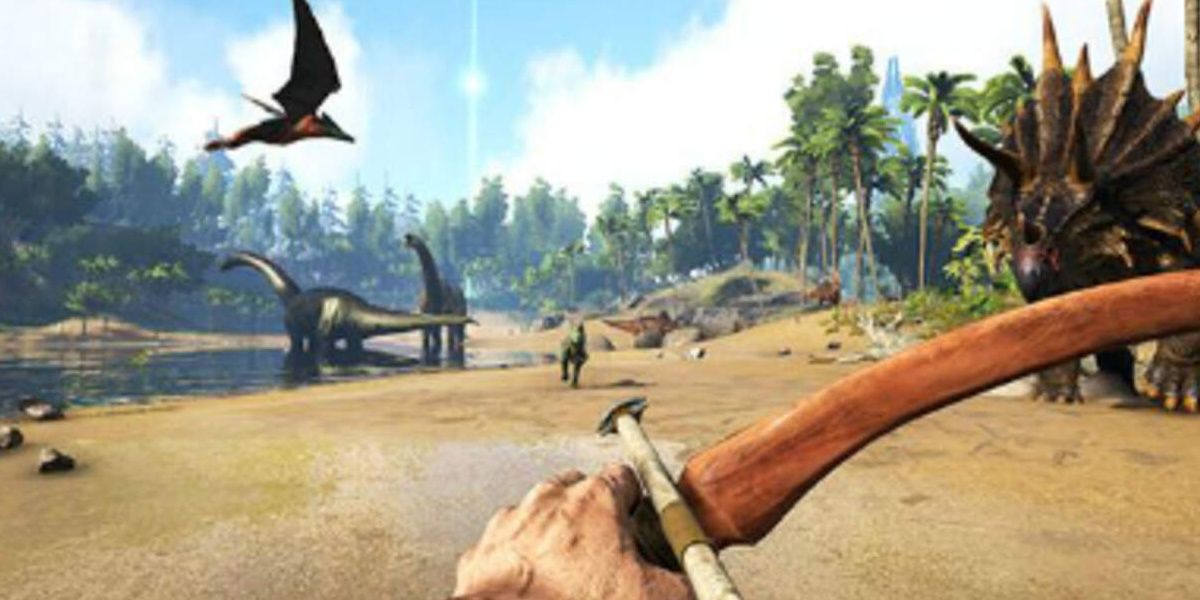 As you awaken washed up on the shore of Ark, an island crawling with colossal dinosaurs, you are faced with an indefinite future. Unaware of the location you came from, and also the island you just washed up on, Ark is a true survival game that starts you at your absolute lowest.

You find yourself on the shoreline completely naked. It is up to you to explore the island, collecting weapons and gear to assure your safety against the vicious prehistoric beasts that claim the island thus far. 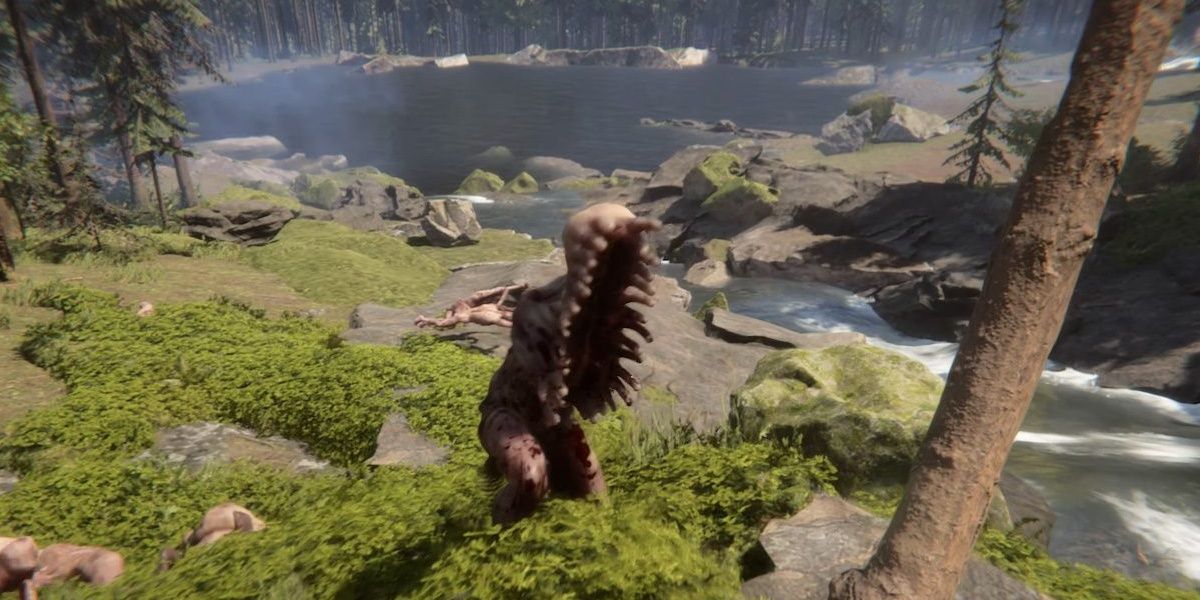 The Forest is one of the most petrifying games available today. It's a survival game with revolutionary enemy designs. As your plane crashes on an extensive island full of deep forestry, you must search for your child that you believe was taken by a mysterious man who resides within the trees.

This is a game where you will ask yourself, "What am I looking at?" Some of the demonic creatures you encounter in The Forest are spine-chilling scary, causing you to want to run in the opposite direction or close your game completely and wait for the sun to come up before loading it back up. This is one island you would not want to find yourself trapped on. 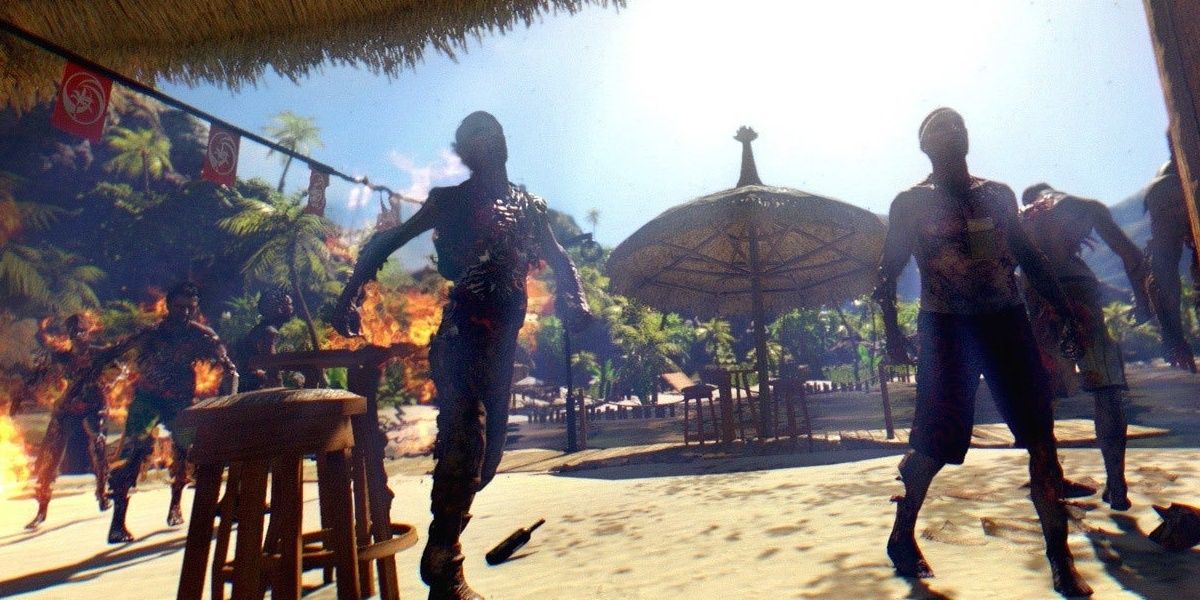 Islands should be the perfect location for a sunny getaway. Unfortunately for our protagonist in this game, after a bit too much to drink one night they wake to a zombie hangover. Dead Island is packed with amusing first-person undead slaying. From the bashing of heads with a paddle to the shredding of limbs by a pistol. Dead Island gives you a bevy of options when attempting to exterminate the dead once again. It's a game that masters the apocalyptic island concept it was striving for.

Dead Island is a fairly underappreciated and forgotten zombie gem. Aside from the monotonous fetch-quests that plague some of the storylines within the game, it is a game that every horde shooting lover should play. 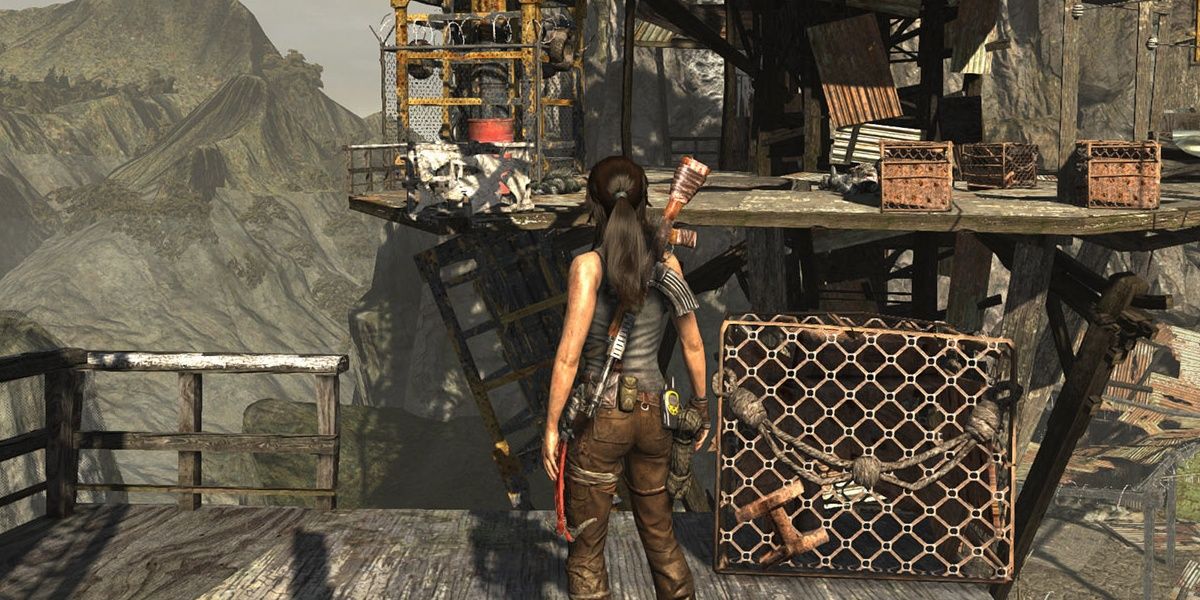 You play as Lara Croft in her first ever mission. As the game opens, you find yourself on a ship as it is splitting in two. Just as with almost every other game on this list, the ship sinks and Lara finds herself washed up on a nearby island. Tomb Raider is one of the best and most well-known adventure series in gaming and this origin story is amongst the best in Lara's catalog.

The fighting, shooting and climbing all feels so smooth in this game, especially if you play the Definitive Edition. Where this game shines brightest, however, is the world Lara is in. This island that she is shipwrecked on is dangerous. Not only does she deal with the intense weather changes and the challenging traversal, but the island is also infested with goons that want her dead. Luckily for you, Lara is a complete badass that can hold her own against any foe. 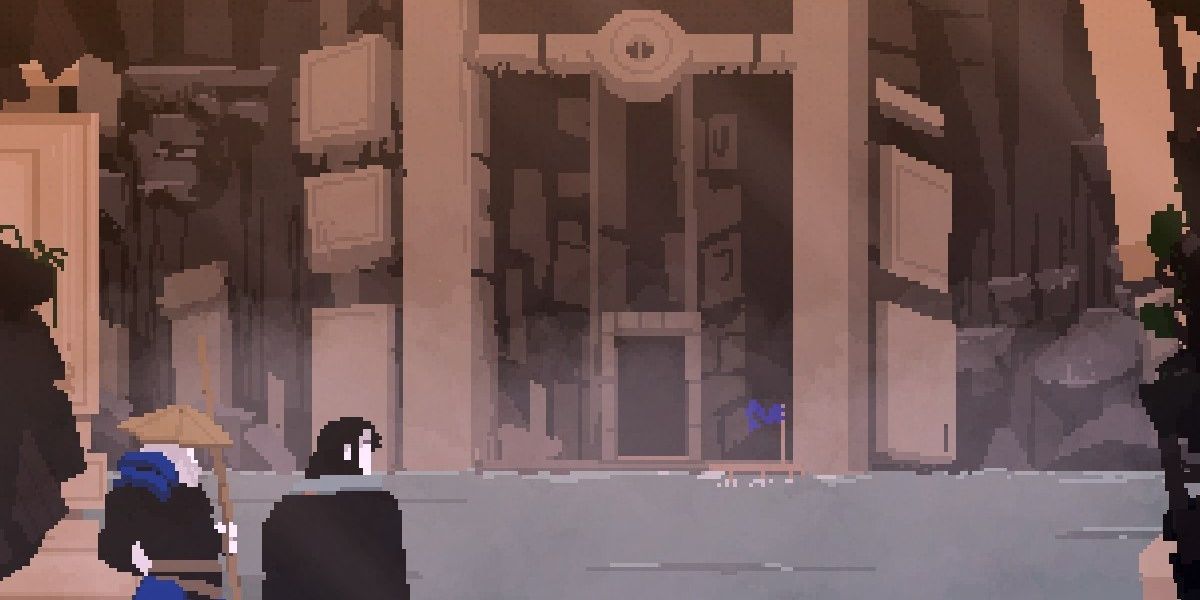 Olija is a 2D Sidescroller with riveting action and a simple but compelling story. Faraday and his shipwrecked crew find themselves trapped in the unfamiliar islands of Terraphage.

The game is subtle with its story at first. Faraday is only armed with a sailman's sword at the games' inception, but he soon discovers a magical harpoon that drastically improves his movement and fighting abilities. Once the harpoon is obtained, Olija becomes a special game. Faraday must conquer his abilities with his newly acquired weapon, and search the isles for his lost crew. A task simple enough if not for the enemies lurking about. 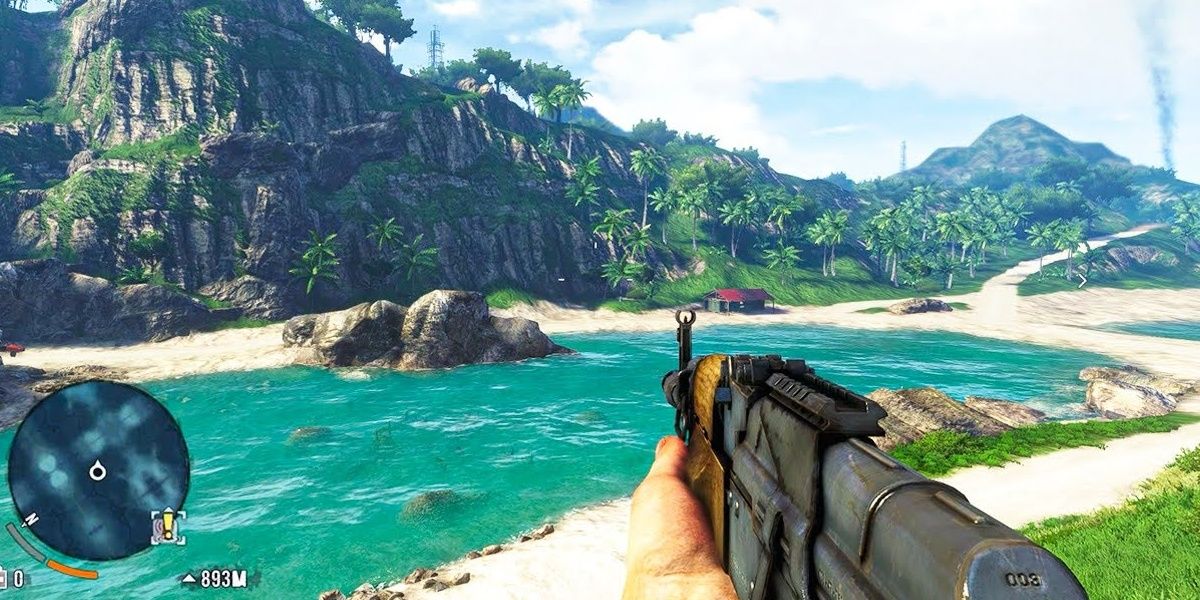 As you and your friends visit go for an Island-getaway, things that seemed amazing at first, inevitably turn upside down before you make your departure towards home. The game starts with a montage of fun as you and your friends are skydiving. This quickly turns eerie as you realize you are watching a recording while you are trapped in a cage. It is up to you to break out of the cage, take down the enemies of the island, find your friends and escape.

Far Cry 3 is an undeniably iconic first-person shooter. Most Far Cry fans say it is their favorite of the series, and some would even say it is one of their favorite shooters ever made. You'll find yourself getting lost in the side objective of taking over outposts, accidently forgetting the main missions that the game has to offer due to the pure enjoyment this game shares throughout all of its elements. 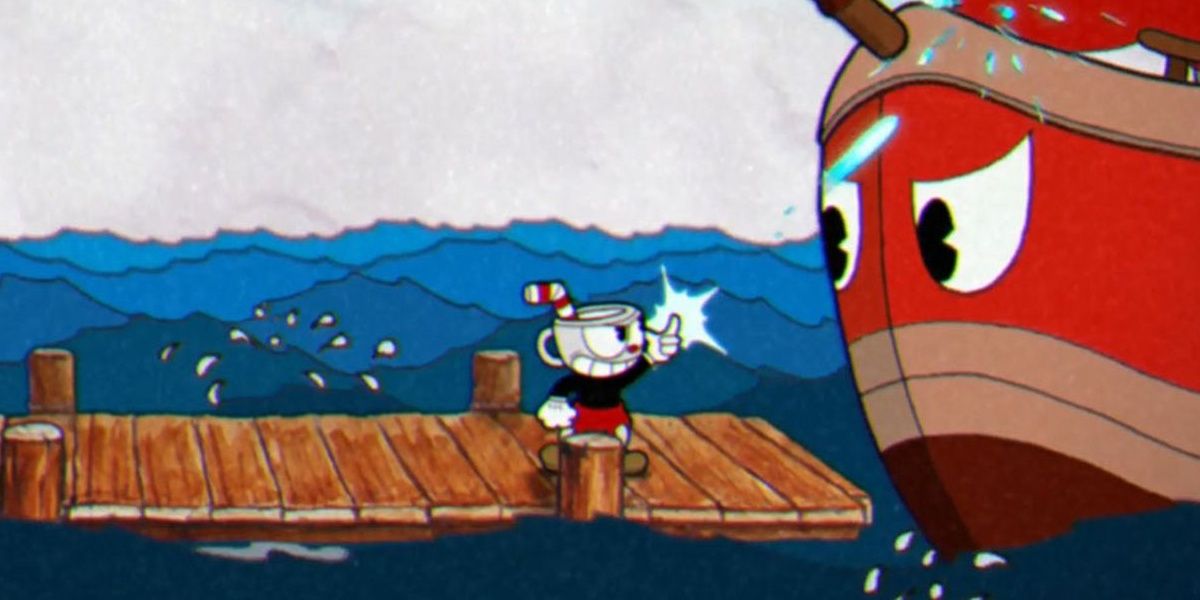 Considered by many as one of the best sidescrollers of all time, Cuphead is a run-and-gun game with a challenging edge. It's a game that pushes you with its difficulty merged with a master-class of cartoon animation.

In the game you play as Cuphead, a conniving but charming cup for a head that made a deal with the Devil. Cuphead is what we would call a gambler who went a little too deep in his betting endeavors. After losing to the Devil, Cuphead is banished to Inkwell Islands where he must repossess the souls of other gamblers who owe the Devil a debt.