Within the gaming landscape, the vast majority of gamers reject hardcore, competitive gameplay in favor of experiencing games as pure entertainment. They take in the worlds of Breath of the Wild or Red Dead Redemption II just as they take in their favorite Netflix show or YouTube series.

As a leader in global monitor technology, it seems only natural BenQ would develop a monitor specifically for players who have a penchant for strong visual and solid audio. Its newest offering is designed for a person who is willing to shell out a few bucks for an all-around pleasant multimedia experience extending to film, television, livestreamed content and games. 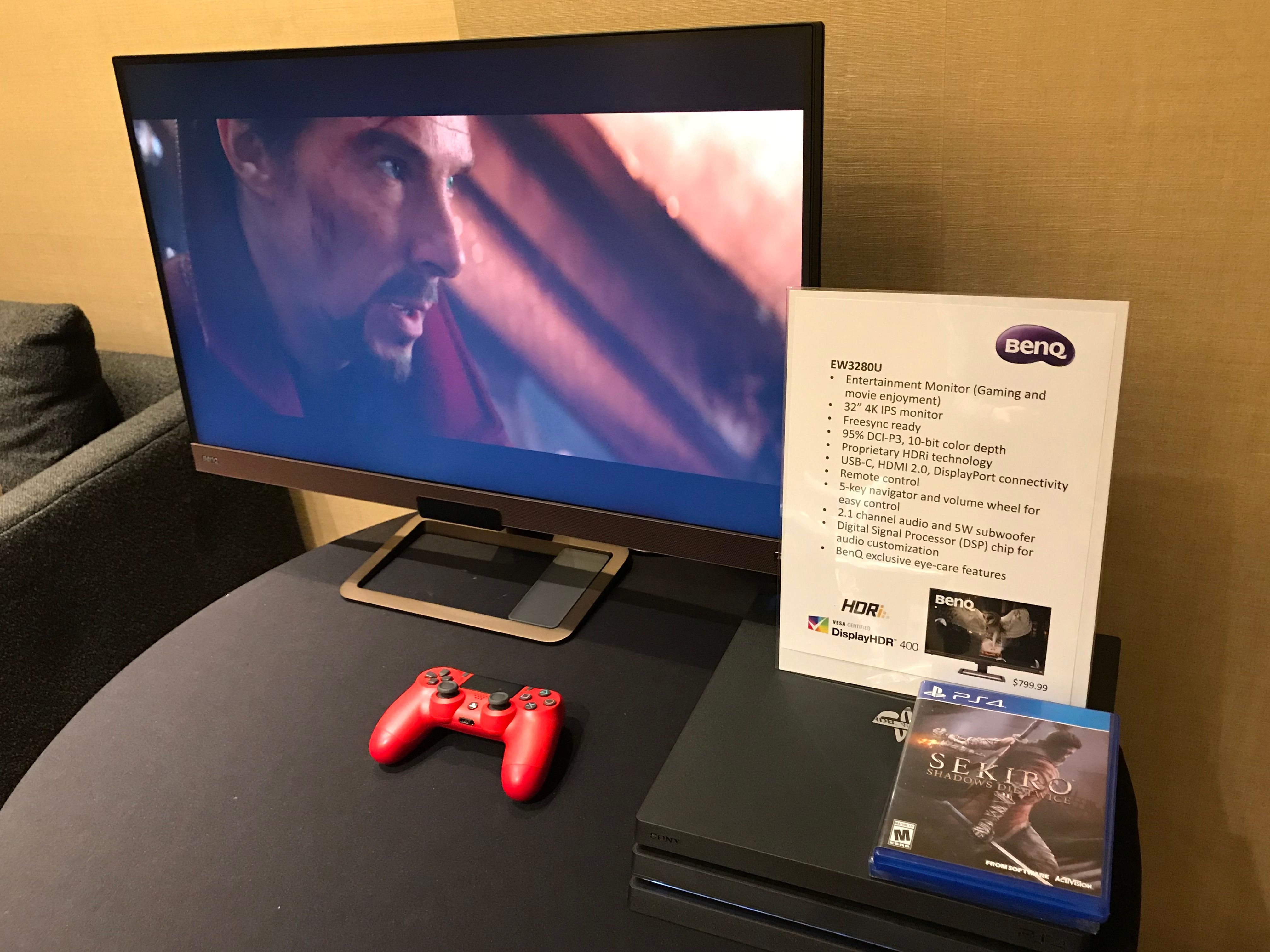 HDRi Technology: What It Is, Why It Matters

However, BenQ’s proprietary HDRi technology uses a sensor bar within the monitor itself to allow the screen to subtly balance the monitor’s lighting on an ongoing basis. 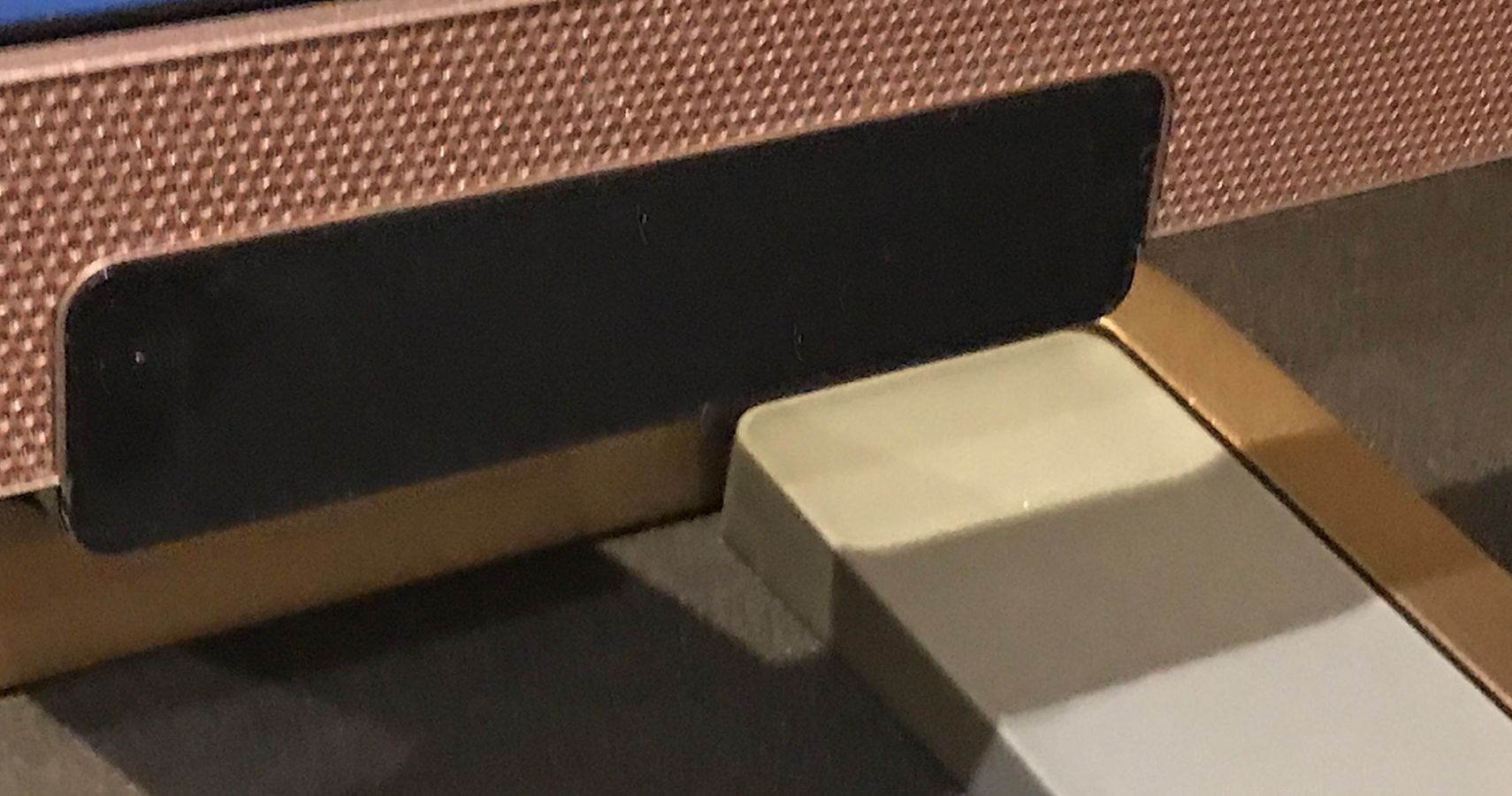 This means it’s constantly adjusting the picture’s brightness and contrast against the light in the room surrounding the monitor.

A viewer won’t notice the nuanced changes during an action sequence or video game boss battle. The HDRi operates in the background, making rapid but minute adjustments over time. But, when contrasted with standard HDR technology, the differences are obvious.

The net effect of this process is that it produces optimal lighting for the picture based on the sensor’s data about the lighting environment. This reduces eyestrain while also preventing a person from the burden to have to manually reset their monitor settings in response to lighting changes around them (for instance, as the sun goes down outside and a room a becomes darker). BenQ’s internal research indicates this lessens a person’s propensity to suffer from blurry vision and headaches that result from Computer Vision Syndrome.

To further customize the experience, the user can set the HDRi to a Cinematic mode or a Game mode. As one might expect, the Cinematic mode enhances lighting detail for a fully immersive experience. The Game mode is intended to downplay some of the nonessential game aspects, with picture contrast that allows for greater visibility as to enemies or objects in the environment. 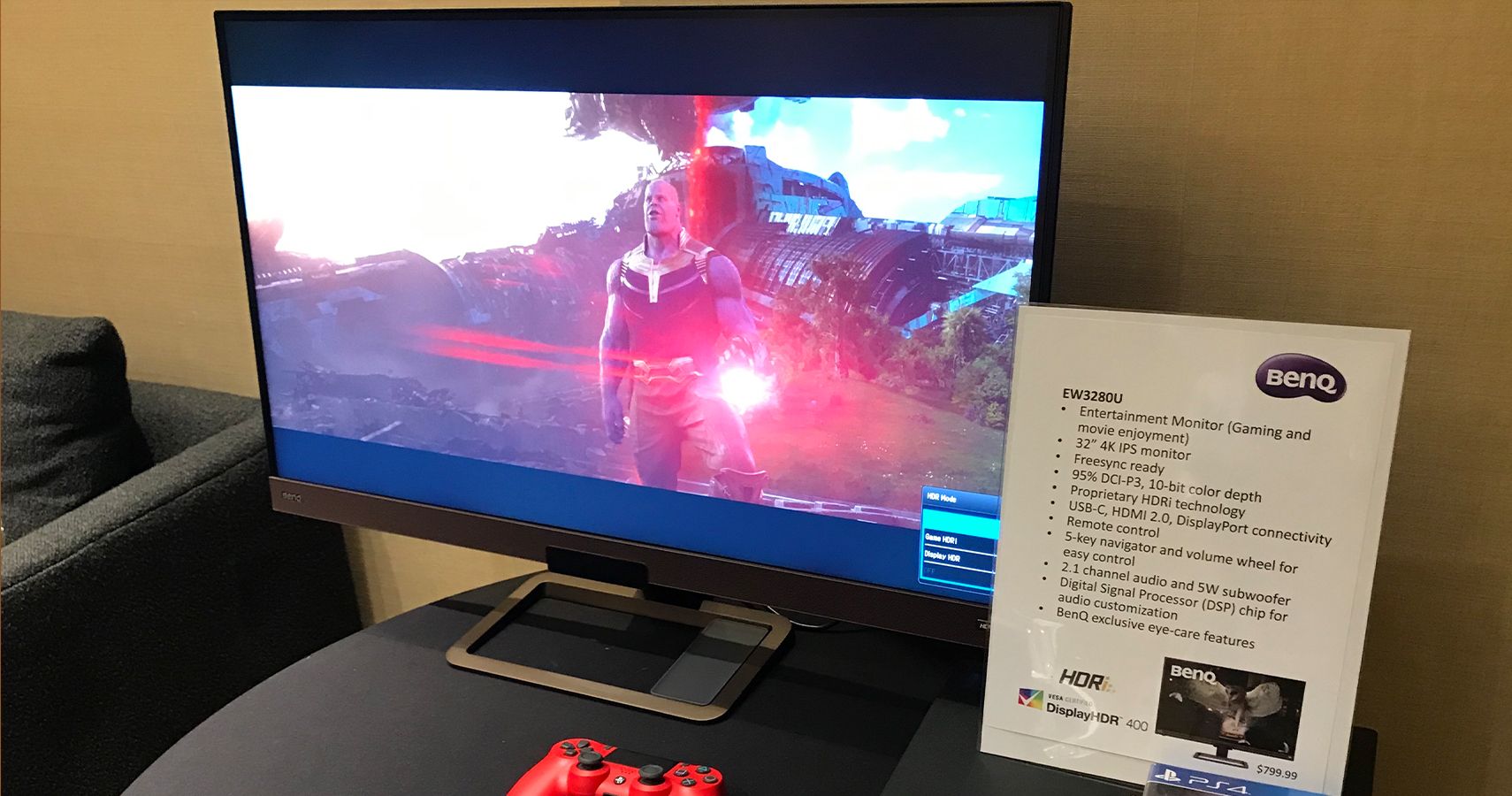 Along with the visual enhancements, the monitor includes different sound modes for optimal quality. For instance, in the Cinematic sound mode, ambient noise and background music play at an even sound volume, much as a film or television producer would have intended. However, in the Game mode, the background noises are softer. This allows better sound contrast so players can hear footsteps and other standout audio cues that are essential to the gaming experience. The 32-inch monitor plays these sounds through a subwoofer, though smaller models feature different audio outputs. 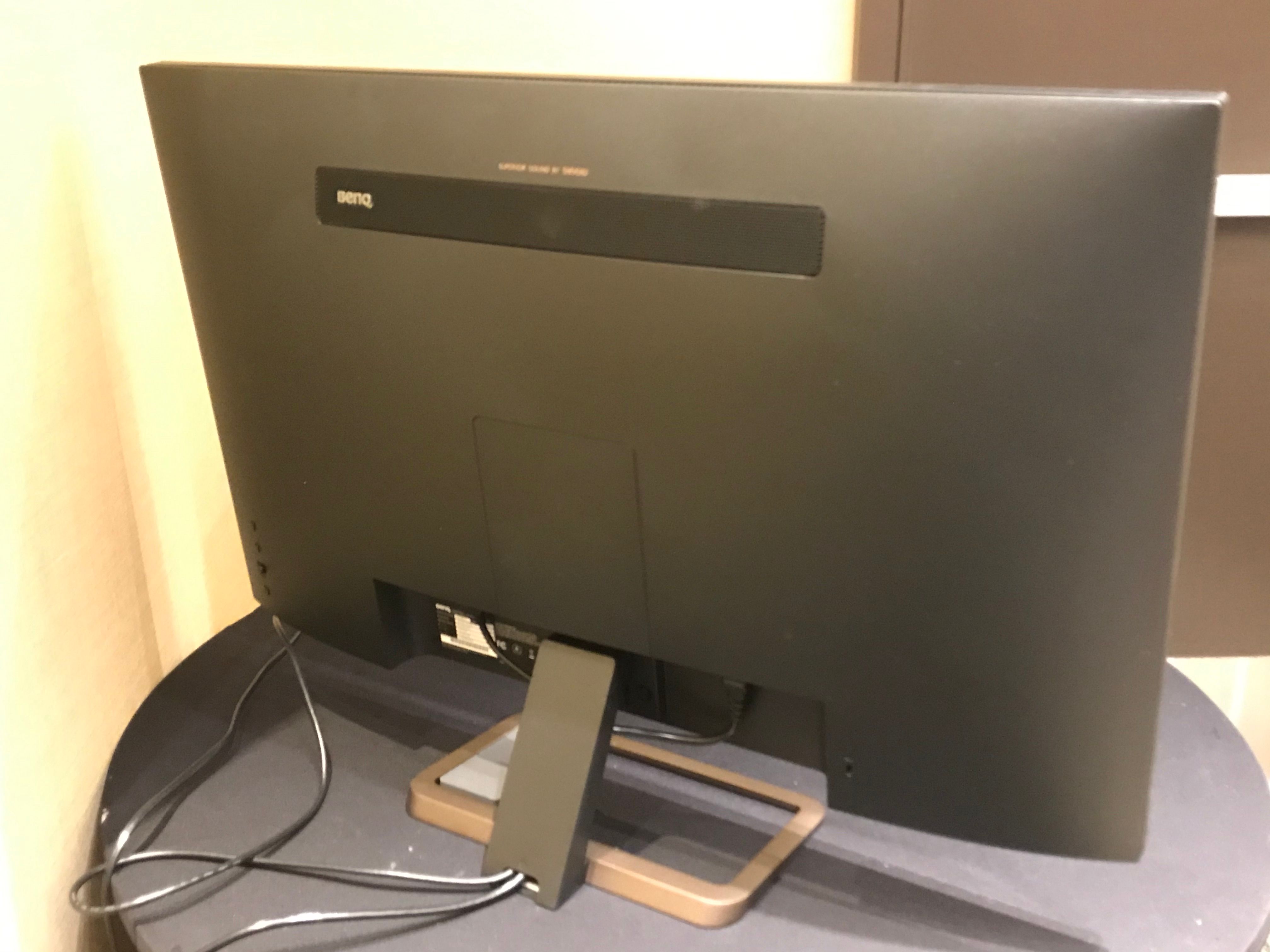 Beyond the technology, the monitor has several minor features that prove how well BenQ’s developers understand what people desire in a multipurpose unit. The user can flip through the settings either using a remote control or by adjusting a joystick on the back of the monitor. 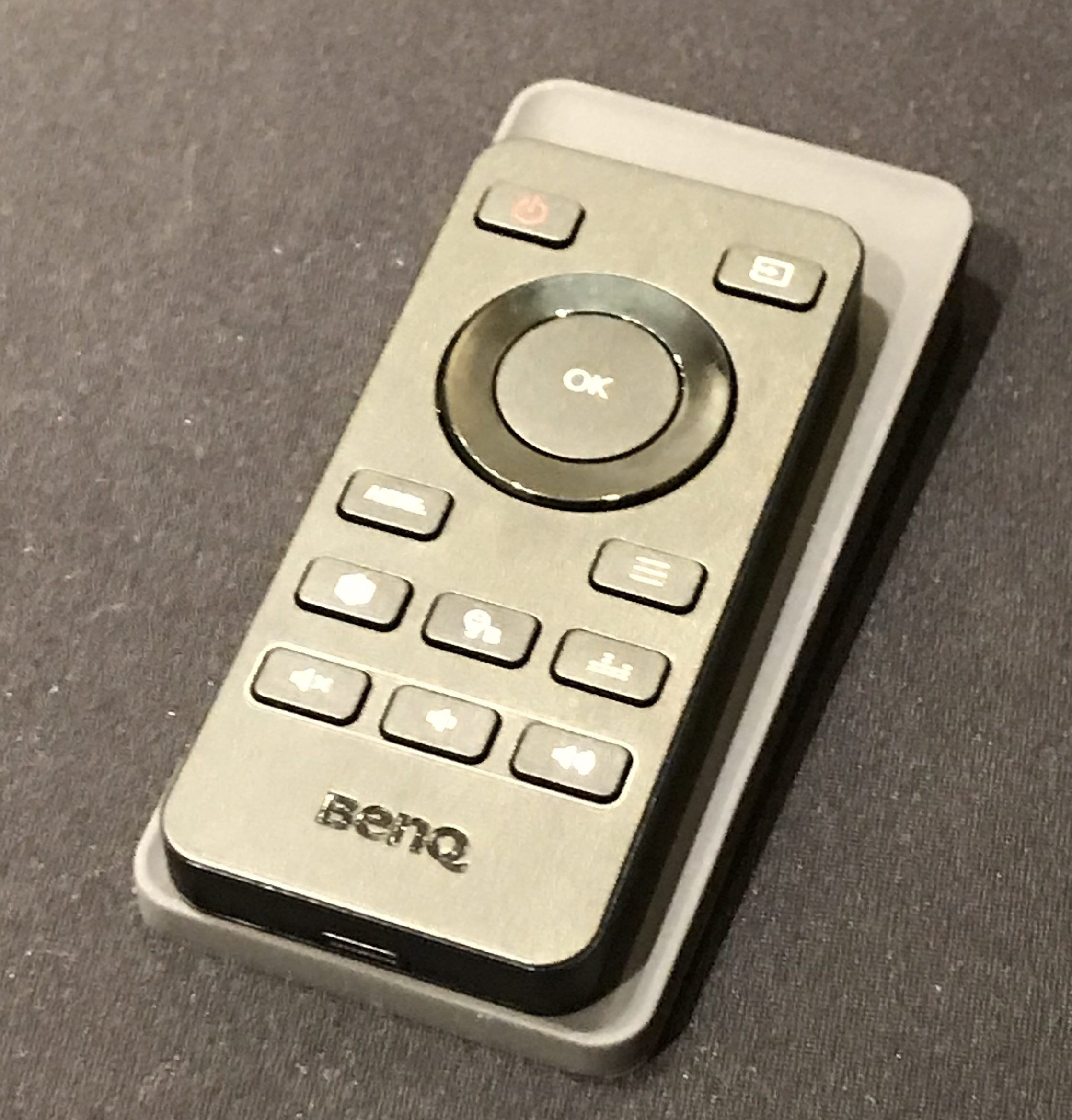 It also has a discreet, covered area that detaches for players who choose to mount their monitor. On the monitor stem, there’s a cord cover for easy cord management. Overall, the feature list is so extensive it’s worth checking out the BenQ’s webpage dedicated to product specifications.

Ultimately, it’s not a monitor for competitive gaming professionals. In fact, BenQ offers a separate line of monitors and accessories specifically for gamers who prioritize their performance over vibrant visuals, called Zowie. Rather, this is a monitor for a casual or story-driven gamer who wants a high-tech monitor they can use for games, but that they can also use to watch their favorite shows.

While the 32-inch model may be the best choice for a monitor suited to both entertainment and gaming, the 24-inch and 27-inch sizes may be more appealing to space-conscious gamers or those who simply prefer smaller monitors.

In sum, this appears to be a solid monitor choice for a person who wants a great gaming experience but plans to use the same monitor to watch movies, shows and videos. BenQ shows a strong commitment to developing devices that offer visual benefits while seeking to maintain the viewer’s eye health. With its EW3280U Entertainment Monitor with HDRi technology, BenQ’s future looks bright — but not so bright it’ll hurt your eyes.

This preview is based on the author’s impressions upon attending a 45-minute product demo, which was presented by BenQ.

PC Players Are Getting Granblue Fantasy: Versus Characters AFTER PS4

Persona 5 Royal: How To Fuse Faith And Consultant Arcana Personas
We and our partners use cookies on this site to improve our service, perform analytics, personalize advertising, measure advertising performance, and remember website preferences.Ok