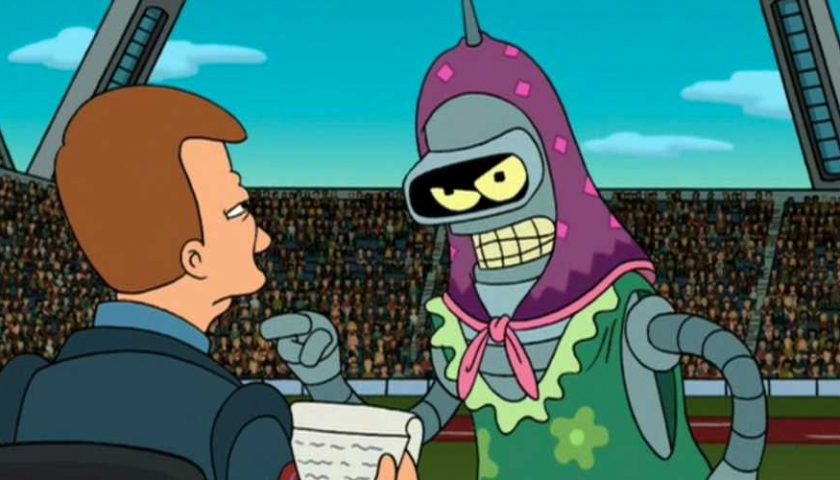 Futurama will return in 2023 on the streaming platform Hulu with original cast members Billy West (Fry), Katey Sagal (Leela), Phil LaMarr (Hermes), and Lauren Tom (Amy). But not Bender, played by John DiMaggio. Last week, we heard that DiMaggio was still negotiating with Hulu, but then those negotiations fell through when DiMaggio thought he was being "lowballed."

For the past week, DiMaggio has been calling for a boycott of the revived series on Twitter using the hashtag #Bendergate. Fans and colleagues have been trying to convince Hulu to get back to the negotiating table, but so far haven't been successful.

Today, DiMaggio shared an update to reassure fans that he's not just holding out for money. Well, he is, but it's not just for himself. "I don't think that only I deserve to be paid more. I think the entire cast does," wrote DiMaggio.

"Negotiations are a natural part of working in show business. Everyone has a different strategy and different boundaries. Their ‘price.’ Some accept offers, some hold their ground. Bender is part of my soul and nothing about this is meant to be disrespectful to the fans or my Futurama family. It's about self-respect. And honestly, being tired of an industry that's become far too corporate and takes advantage of artist's time and talent."

DiMaggio added that he wished he could share details of the negotiations, "But it's not my place." He's still "hoping for the best" regarding the return of Futurama, but it seems like a long shot at this point.

Futurama has become a cult classic cartoon series ever since it was first canceled back in 2003. It was revived in 2007 for four direct-to-video movies, and then again in 2010 for a sixth and seventh season on Comedy Central. Hulu's proposed eighth season will air sometime next year.