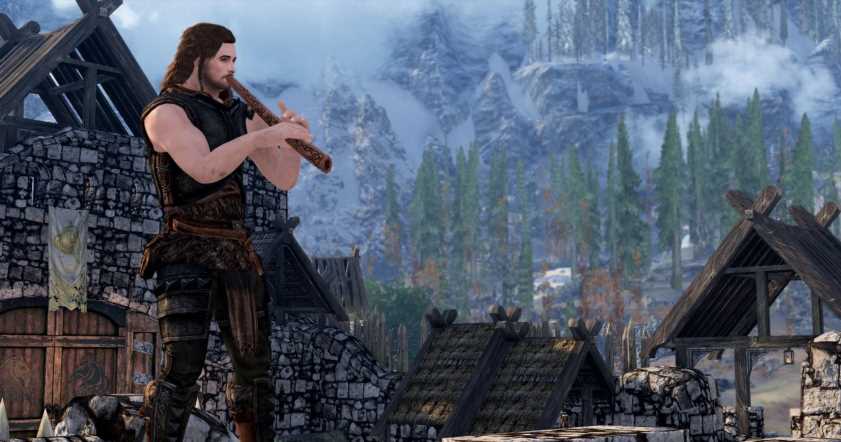 Slaying dragons and shouting at people is great and all, but the true beauty of Skyrim lies in the numerous side activities, quests, and random shenanigans you can get up to. While the base game had many of these opportunities, fans have added to the number manyfold over the years via mods. This latest one allows you to become a rockstar among bards.

As spotted by PC Gamer, Skyrim’s Got Talent adds around 100 new instrumental songs to Skyrim Special Edition, featuring various instruments. What’s most interesting is that it also adds a leveling up system for your bard skills. It works similar to the levelling for the rest of the game; you just have to practice to make it across five ranks – Clueless, Beginner, OK, Pretty Good, and Master. Each level improves your skill and adds some songs to your tracklist.

Once you pick out your instrument of choice from the inventory, it’s as simple as clicking on it to start playing. The mod also adds NPC reactions to your music. At the lower levels you’ll be booed and people will point out how awful your music is; but once you reach a higher level, NPCs will gather around to listen to your music, children will ask you to be their father, and some will even tip you. Playing an instrument also gives your character a buff, but that depends on your skill level.

In order to run this mod, you’ll have to first install the Bad Ass Bard Songs mod, as this is where all the additional songs come from.

While this one seems like a straightforward mod that adds one more fun thing to do in Skyrim, another modder has something for fans of The Witcher. The ‘Unique SOS body type and skin textures for Geralt follower’ mod adds a nude Geralt to Skyrim. That’s it, that’s the Mod.

The modder did give a valid reason for creating this mod, however. They claimed that they created Geralt’s nude body, including unique physique and battle scars, because other NSFW mods did not do justice to the “physical presence” of the White Wolf.