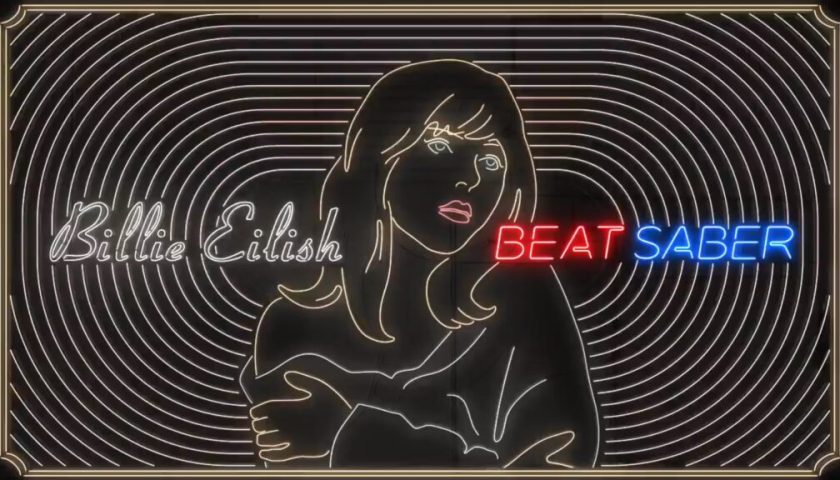 Beat Saber Billie Eilish DLC is coming in hot off the back of last month’s Skrillex pack.

The official Beat Saber Twitter account just confirmed the news. The pack will launch on September 21. Right now there’s no word on how much the pack will cost, nor which songs it will contain and how many tracks will be added. That said, the Skrillex pack featured 8 songs for $10.99. Eilish headlined our list of artists we most wanted to see in the game a year ago. Are we psychic? Who knows.

We’re used to waiting a fair few months for Beat Saber DLC, so it’s surprising to see a fast turnaround for this pack. It’s a busy time for Beat Saber in general; earlier this week Beat Games launched cross-play for the title, allowing SteamVR and Oculus users to play together for the first time. PSVR players can’t use the feature, though, because that version of the game still doesn’t have multiplayer support. It’s been nearly a year now, but Beat Games says it’s still working on support.

This won’t be Eilish’s first brush with VR, either. In September 2019 one of the artist’s concerts aired in Oculus Venues as one of the first experiences of its kind.

Which songs are you hoping to see in the Beat Saber Billie Eilish DLC? Let us know in the comments below!