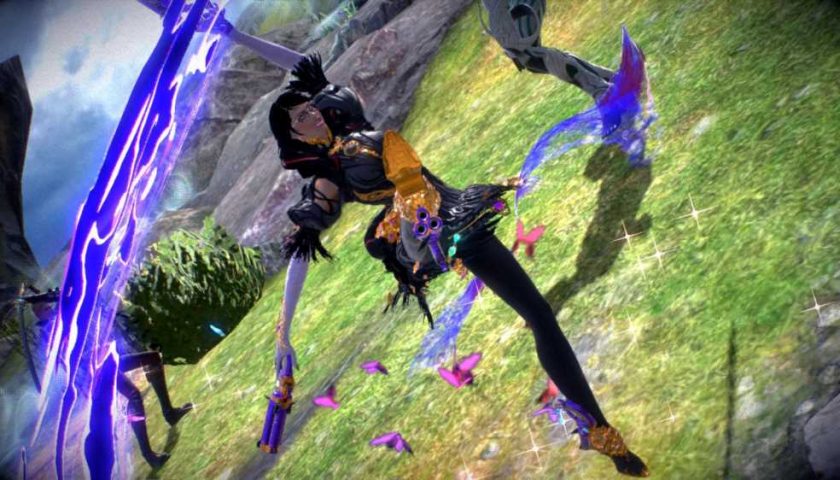 If I was to describe a game as 'cinematic', you would get a very specific image in your head. While cinema is a wide medium (far wider than video games), we have been trained to think of cinematic video games as having a very specific type of emotional bombast.

Sony has chiefly been our trainer in this regard. Though Hideo Kojima was the first developer to meld movies into video games, modern cinematic influence in gaming means rugged and stoic protagonists on emotional quests for vengeance, where the violence grows harsher and bloodier in each scene until it reaches breaking point and our character realises violence is not the answer, but keeps being violent anyway because the video game playability dictates it. God of War, The Last of Us, Ghost of Tsushima, and Days Gone all follow this beat. While Nathan Drake is a little more playful in his personality, Uncharted 4 broadly dances to this beat too. That's why Bayonetta 3 and all its cinematic glory is such a breath of fresh air.

As I mentioned in my review, the story is unrelenting in its refusal to make much sense in Bayonetta 3. I played the previous games, but it's still like watching Game of Thrones midway through season three. It's good, but I don't have much idea what's going on. Moment to moment though, everything in Bayonetta 3 is a spectacle. Towards the end, when it becomes a boss rush of set-pieces, you do feel like we could stop for a minute and take a breath, but at the same time it's nice that Bayonetta doesn't pull her heart out and stare into the camera to say "violence is bad and video games are so totally a real job for grown-ups, dad!", which I believe was a line cut from Druckmann's initial draft of The Last of Us. 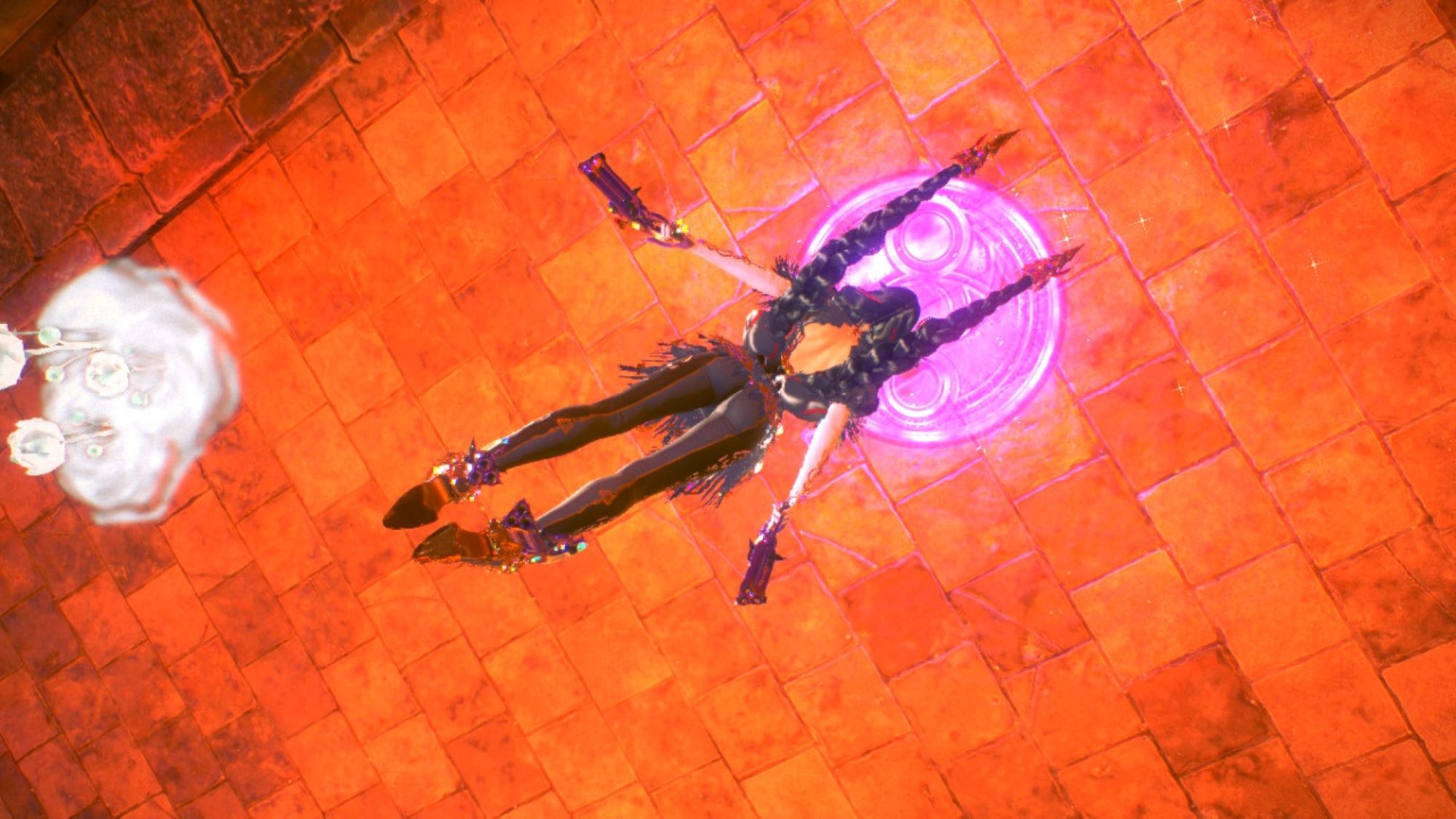 Bayonetta is an expert at knowing when we want to see a flurry of fast final blows, so rapid it makes us dizzy, and when to give us that teasing slow-mo on its most intimate of details. Bayonetta 3 is a highly sexually charged video game and knows when we want it fast, and when we want it slow. This sexuality gives the game a sense of maturity, but it's not as loyal to this as Sony's offerings. For all the Sony studios make great video games, you get the sense that 'having fun' is merely a by-product. These are games to be admired, praised, cherished. If you also enjoy them, more power to you, but mostly you're supposed to appreciate the artistry.

Bayonetta 3 rejects that notion. It defies the idea that video games must commit to their grounded narratives and move like Oscar-bait dramas and instead embraces the silliness. It's all explosions and quips and lingering shots as a salacious tongue traces its way across bubblegum lips. While modern cinematic games try to push back against the idea that video games are for children, Bayonetta has a different outlook. It understands how much adults enjoy childish things. 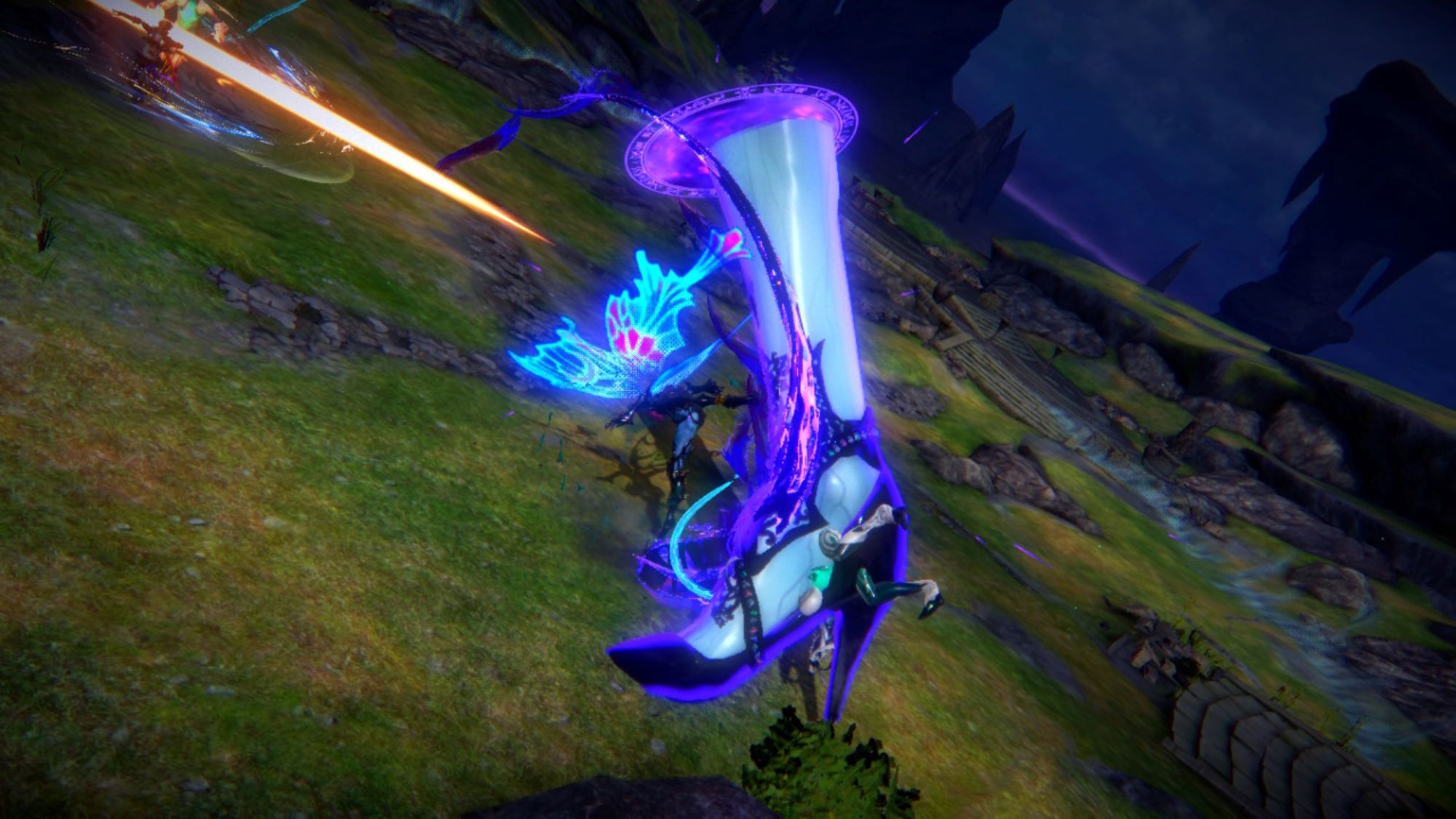 It feels like there were multiple meetings at Platinum where the result was "we should do this just because it's cool", although the lead-up to the game, wherein Hellena Taylor accused Platinum of offering her an 'insulting' fee only for reports to emerge which suggest she may not be telling the whole story, has been anything but. There are many moments in Bayonetta 3 which don't fully justify their own presence, but 'celestial high heeled boot crushes robotic flower demon' doesn't need to make sense, it just has to look spectacular in the moment. If you're playing Bayonetta for a heart-wrenching, emotionally resonant story, you're playing it wrong – just as you would be if you wanted The Last of Us to be a Robert Rodriquez-style kinetic action-fest that never lets up in its attempts to entertain. Bayonetta only tugs at your heartstrings when she's ripping it out for her blood magic.

There's a considerable cloud over Bayonetta 3 following the Hellena Taylor scandal, and while boycotts rarely work, they're still worth doing if they align with your ethics. It's a shame that what Bayonetta 3 does so well will be overshadowed by the story behind the scenes, because Bayonetta 3 is an excellent throwback to everything that made the character action genre great in the '00s. Unfortunately, the discourse around it has been as modern as it is draining.