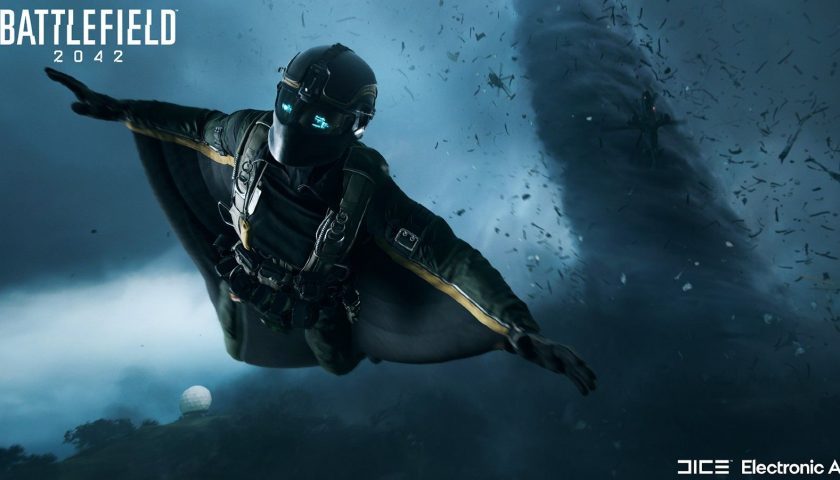 DICE has revealed Battlefield 2042 will include AI bots to ensure its 128-player lobbies are always full.

After a number of leaks during the build to its eventual reveal, EA and DICE finally gave the world its first look at the next installment in the Battlefield franchise last week. Battlefield 2042, a game set 20 years into the future as its name implies, will be here before the end of the year. Additional information about the game will be revealed next month at an EA Play event.

Plenty has already been revealed about the game though, including that it will neither have a campaign nor a battle royale mode. That leaves nothing but multiplayer, and as you can see in the gameplay trailer below, that one mode is going to be pretty chaotic. 128-player maps if you’re playing on PC, PS5, and Xbox Series X|S. That’s a lot of soldiers.

It’s also an ambitious number to hit for every single match that will simultaneously take place. Never fear, DICE already has that potential problem covered. It was recently revealed via a blog post on EA’s website that any free slots left vacant in a Battlefield 2042 match will be filled by AI bots. That means every single match will be full to bursting, and as stressful as the match shown off in the trailer above.

The post also reveals that Battlefield 2042 can be played in co-op mode where all soldiers apart from you and your buddies are bots, or solo so it’s you and 127 non-human players. As for the chaos, it isn’t only the 128 people trying to kill each other that creates that. The inclusion of spontaneously occurring natural disasters will also play a big part. Nothing will throw you off your game like a tornado peeking at you over a skyscraper.

Despite being previously described as a definitive next-gen experience, Battlefield 2042 will be available on last-gen and new-gen consoles. There will be some very obvious differences between the two versions, though. For starters, the last-gen version will only be capable of supporting 64 players as opposed to 128. It will also be somewhat cheaper, which should really be expected.