The Early Access build for Baldur’s Gate 3 is now live, meaning we know all about the classes that are available in the game. However, it’s worth noting that some builds are far better than others when it comes to making your way through Baldur’s Gate 3, especially considering the limited options available at launch.

The combat in Baldur’s Gate 3 can be brutally difficult. This is largely due to the game throwing combat encounters at you that tend to place the enemy in an advantageous position, meaning your party is often outnumbered and outmaneuvered by foes. As such, you shouldn’t feel bad about cheesing the combat system and going for the best options available to you when it comes to combat viability. 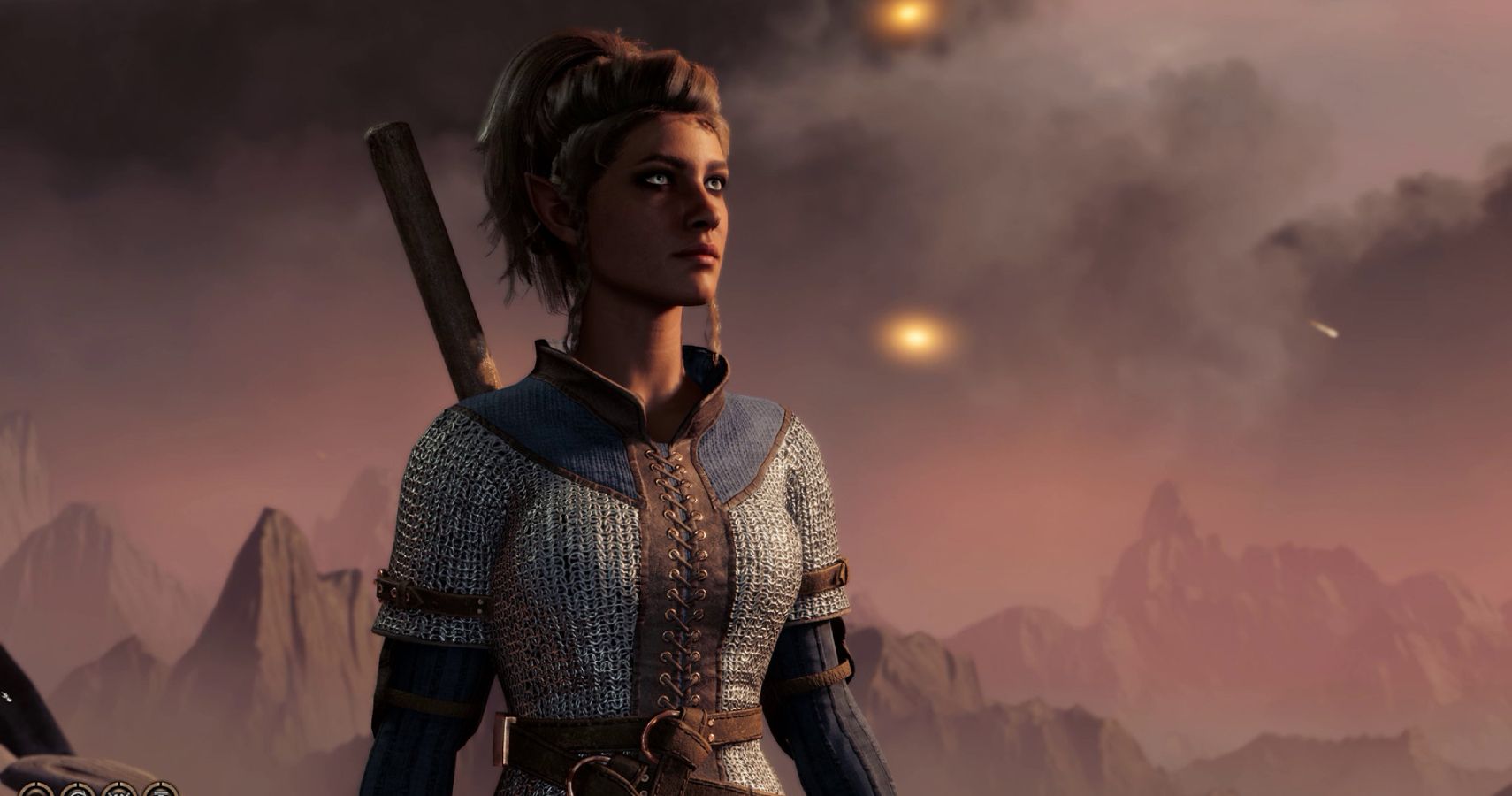 Specialty – Clerics are the only healing-focused class available in the Early Access build of Baldur’s Gate 3, so you should focus your main character or Shadowheart on being the medkit of the group.

Race – Gold Dwarves are the best race for Clerics, thanks to their Wisdom/Constitution bonus. Humans, Half-Elves, and Wood Elves are also good choices.

Subclass – Life is an amazing subclass, as the Disciple of Life ability boosts the effectiveness of healing spells. The Light and Trickery Domains also have decent spells, so they aren’t totally useless and you shouldn’t feel pressured to always go for Life.

Spells – The restriction regarding casting bonus action spells from D&D is gone in Baldur’s Gate 3. This means that Clerics can now cast Cure Wounds and Healing Word in the same round. As such, these are the two best first-level Cleric spells in the game, as it doubles your healing potential in the same round. Prayer of Healing is an amazing second level spell, as it heals a lot of damage when used outside of combat.

Feats – Keeping the Cleric alive is the top priority for this class, so Heavily Armored and Shield Master are the best choices. 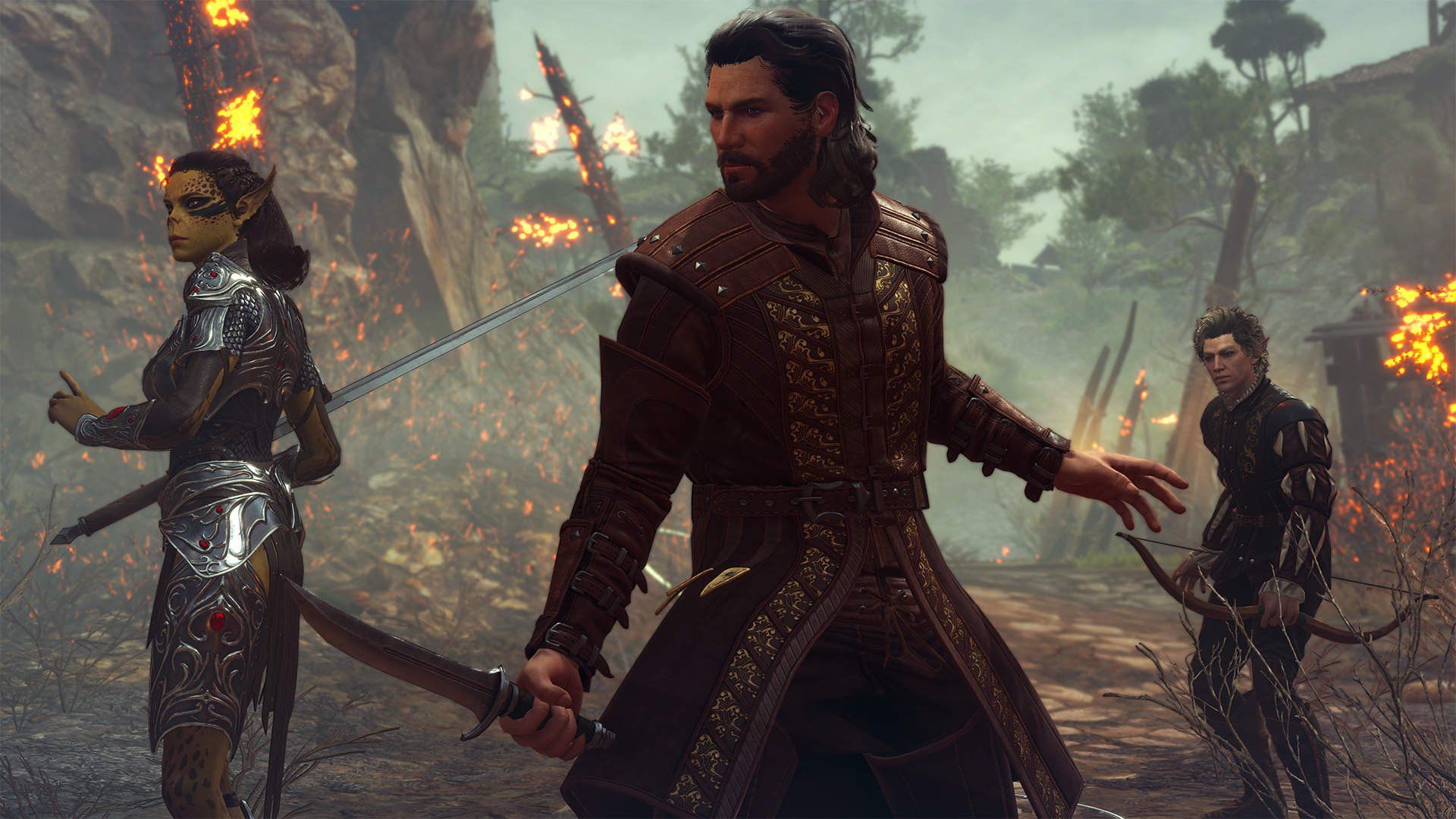 Specialty – Fighters are the best melee combatants in Early Access. They start with Heavy Armor/Shield proficiencies, can heal as a Bonus Action with Second Wind, and have a high base Hit Dice score. The people who want to play a ranged warrior should go for Ranger instead.

Subclass – Like the Arcane Trickster for Rogues, the Eldritch Knight should only be chosen if the party is low on arcane spellcasters. The special abilities provided by the Battle Master class are far superior to the spells granted to the Eldritch Knight.

Spells – True Strike is a great buffing spell to use at the start of the battle. The extra movement provided by Jump and Longstrider also makes them good choices. 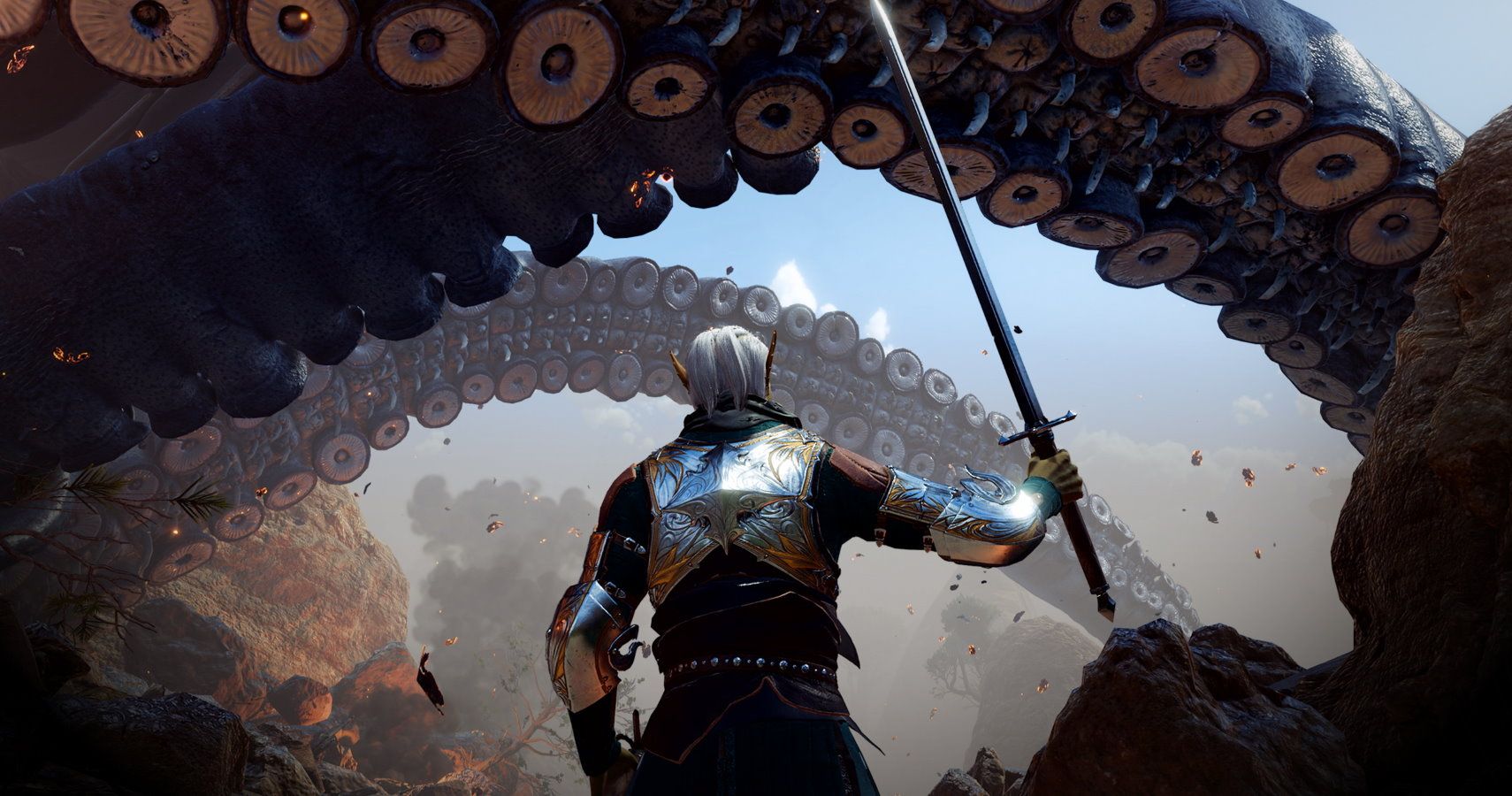 Specialty – Rangers are far better in Baldur’s Gate 3 than in D&D. They excel at ranged combat and two-weapon fighting. In Baldur’s Gate 3, ranged weapons are far more effective than melee ones. The reason for this is that lots of battles begin with the enemy in advantageous positions. As such, a run and gun approach with bows can be incredibly effective, as it forces the enemy to come to the party while allowing you to bottleneck them in advantageous areas of your own.

Race – Wood Elves are the best rangers, thanks to their bonus stats. Gold dwarves, humans, and Wood Half-elves are also great choices.

Subclass – Both subclasses are great for different reasons. The Beast Master has access to a selection of summonable monster allies that can be used in battle, while the Hunter gains tons of passive boosts in combat. The Hunter is the better choice for melee-focused Rangers, while Beast Master is a great choice for ranged-focused Rangers and groups without a Rogue, as the ability to summon a raven is incredibly useful for sneaking.

Spells – Hunter’s Mark is a great combat spell and it remains useful throughout the battle, as you can switch its focus to a new enemy when the previous one dies. Speak with Animals offers some of the best dialogue in the game, and the creatures of the wild sometimes know secrets about the world around them.

Feats – Defensive Duelist and Dual Wielder are the best choices for melee-focused Rangers. Mobile is the best choice for ranged Rangers, as it gives them more movement speed and they can move without provoking Attack of Opportunity after performing melee hits. 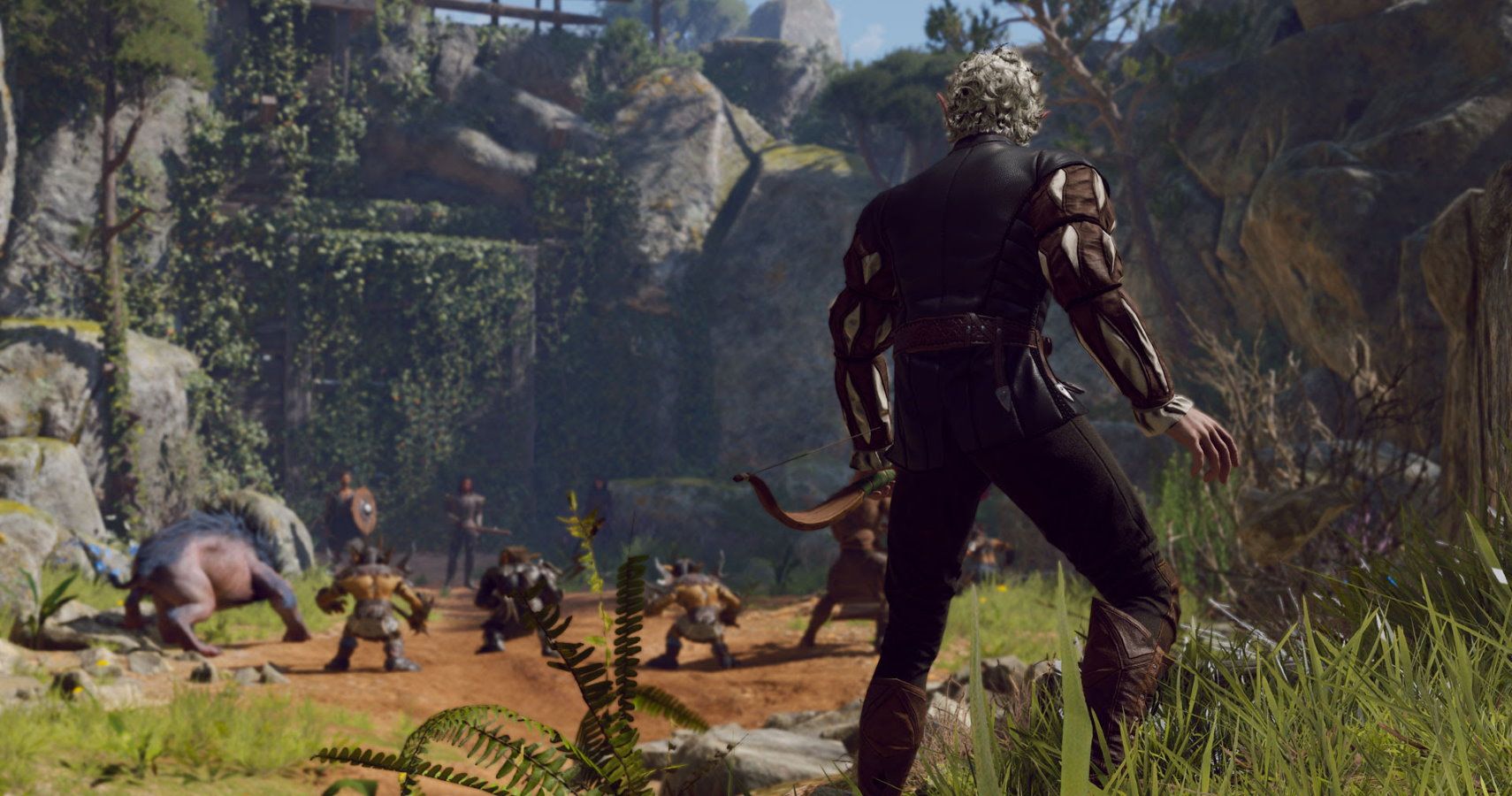 Specialty – Rogues are the masters of sneaking around, which makes them the ideal class for scouting out areas and putting themselves in advantageous positions at the start of the battle. Rogues are best used in parties with melee fighters, as this will give them more opportunities to use their Sneak Attack ability in combat.

Race – Any of the Dex-focused races make for great Rogues, including Halflings, Elves, and Drow.

Subclass – The Thief subclass is way better in Baldur’s Gate 3 than it is in D&D, as its third level abilities grant a bonus action and resistance to fall damage. The spells granted to the Arcane Trickster are also decent. The choice depends on how many arcane casters you have in your party. A group with an Eldritch Knight and a Wizard likely doesn’t need an Arcane Trickster.

Spells – Color Spray is better for the Arcane Trickster than it is for Wizards, as it’s less risky for Rogues to enter melee-range. Thunderwave is a great “keep away” spell for when things get hairy, as it pushes enemies back.

Feats – Defensive Duelist and Dual Wielder are great choices for two-weapon Rogues. The Dex-focus of the Shield Master feat makes that a good choice for melee Rogues. The bonus HP of Tough is also extremely useful. 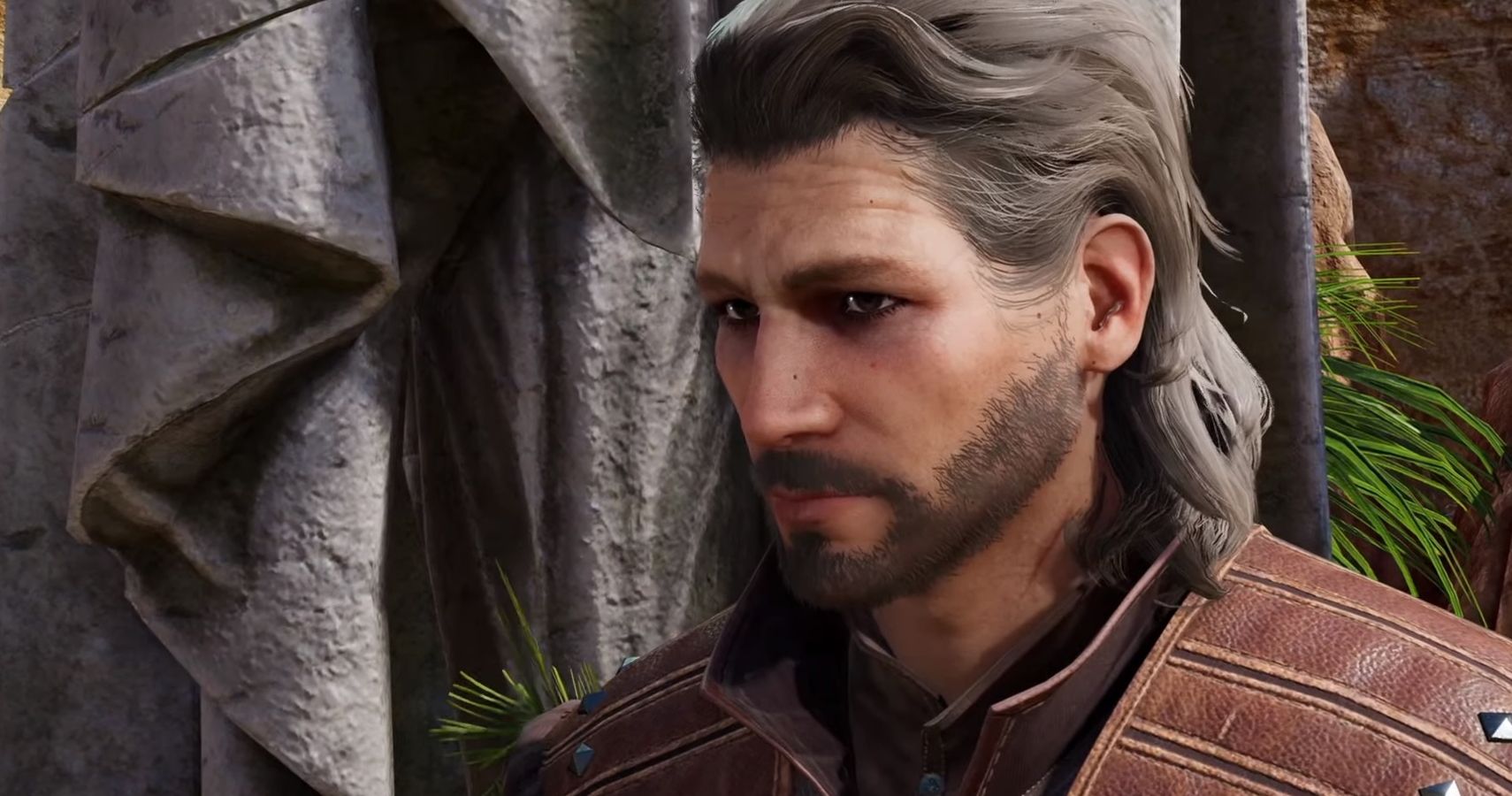 Specialty – As the primary arcane spellcasters in Early Access, Wizards are the main class for dealing AoE/ranged spells and influencing the minds of enemies.

Subclass – The Evoker’s Scult Spell ability is great in D&D, but the fact that Baldur’s Gate 3 isn’t locked to a grid means that it’s easier to maneuver spells around allies. The Arcane Ward ability of the Abjurers is more useful in Early Access, especially as enemies like to target the spellcasters.

Spells – Sleep is one of the best spells in Early Access, as it can incapacitate a number of foes for a few rounds, giving the party time to deal with those who passed their saves. The guaranteed hits of Magic Missile are great for taking down stubborn foes who keep dodging hits. Darkness and Mirror Image are some of the best defensive spells in Early Access, especially due to all of the ranged enemies present.

Feats – Lightly Armored is a great choice, as armor doesn’t inhibit spellcasting abilities in the current edition of D&D. The bonus HP from Tough is also useful. 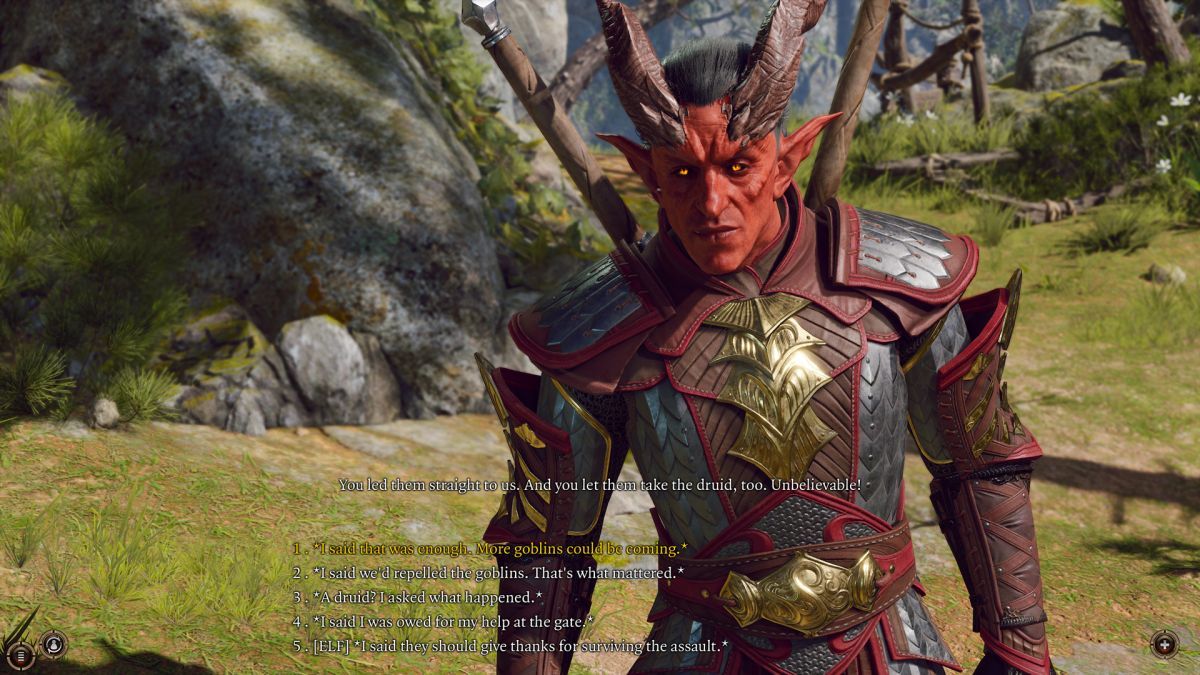 Specialty – Warlocks are super specialist spellcasters that lack the utility of the Wizard, but make up for it with some great unique abilities. Most Warlocks will be seen spamming Eldritch Blast on enemies throughout the battle.

Race – All of the Tieflings make great Warlocks. Drow and all of the Half-Elves are also decent choices for Warlocks.

Subclass – The Dark One’s Blessing ability from the Fiend subclass is a great choice, as it lets the Warlock heal whenever they kill an enemy. This is especially useful for groups who are running low on spell slots/healing, though it can be risky to leave it up to the Warlock to finish off a foe. The bonus spells granted by the Great Old One subclass are also enticing, but the limited Warlock spell slots mean the player can’t rely on them.

Spells – Eldritch Blast is a Warlock-exclusive spell and it’s easily the best damage-dealing Cantrip. Hex is a great defensive spell, as it only requires a Bonus Action to cast.

Feats – Moderately Armored grants a Dexterity bonus and lets the Warlock wear better armor. The Magic Initiate Feats will give the Warlock access to move spells, increasing their utility. 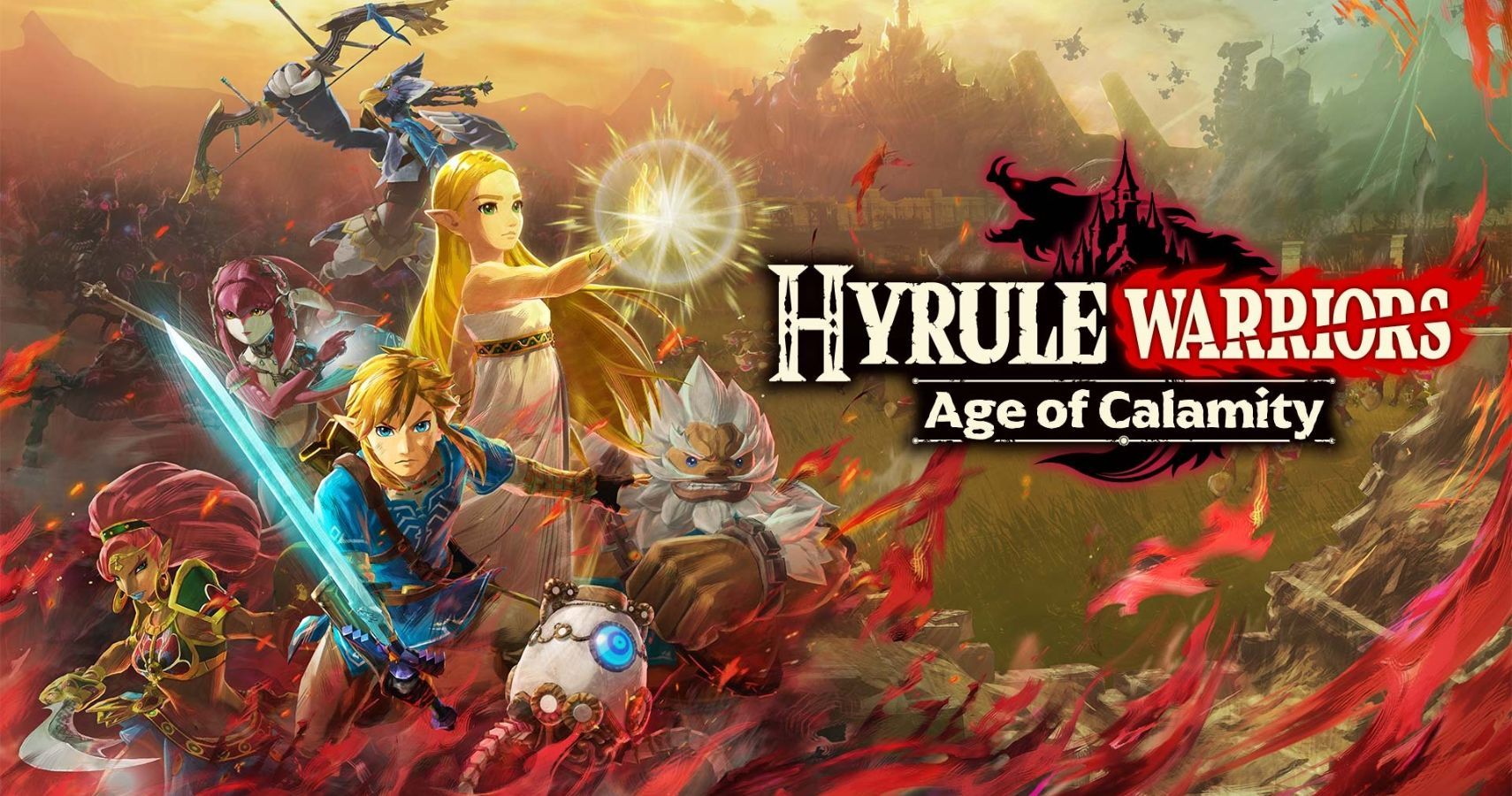 Ghostbusters Return To Rocket League For Haunted Hallows Event
We and our partners use cookies on this site to improve our service, perform analytics, personalize advertising, measure advertising performance, and remember website preferences.Ok