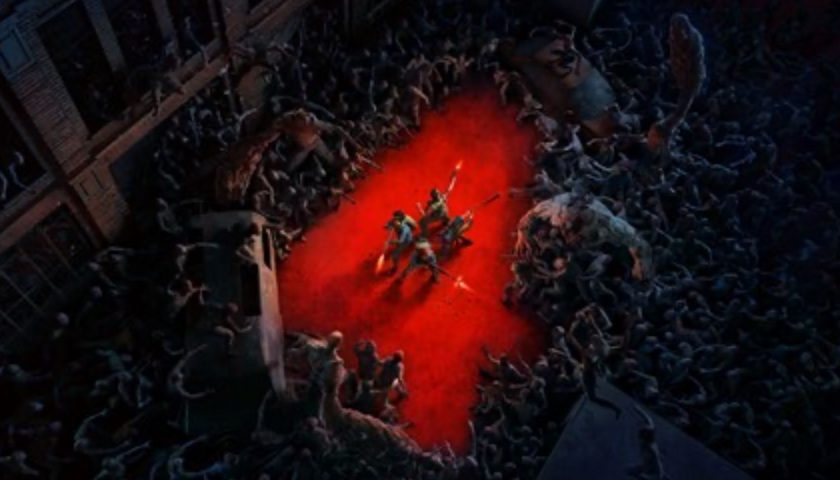 Turtle Rock Studios and Warner Bros. Games have released brand new details on Back 4 Blood’s first DLC, Tunnels of Terror. The expansion will add new Cleaner and Ridden variants, a scary good co-op activity, exclusive weapon skins, new character skins, and much more. These details were shared as part of the celebration for the game hitting 10 million players.

Tunnels of Terror is the first major DLC for the first-person shooter. It is expected to arrive on April 12 and will bring with it a ton of new content and cosmetics. One of the biggest additions is the co-op activity known as Ridden Hives. This will allow up to four players to explore several maze-like dungeons underneath the main map. Of course, it's no walk in the park, as the area is crawling with a new type of zombie-like Ridden, known as the Warped Ridden. These new types of creatures come in several varieties including one that produces landmines and one that is a relentless attacker.

If you and your team can outsmart these monsters, then you can earn some exclusive rewards. Of course, if trying to survive the new Ridden is a bit too daunting, you can also take turns playing as them. The variants will be available in the game’s PVP Swarm mode as well.

Along with the new Ridden Hives activity, Tunnels of Terror also offers two playable Cleaners, Sharice and Heng, to help rid the world of these grotesque creatures. Players will also get eight character skins, seven legendary weapons, 12 new weapon skins, a bunch of new cards, and much more. Plus, for those that enjoy the bloody goodness of Back 4 Blood with a party, only one member of the party must purchase the DLC for all members to enjoy it.

The details for the expansion were shared as the game celebrates 10 million players. President and GM of Turtle Rock Studios, Steve Goldstein, shared his excitement for both the milestone and the DLC claiming that this expansion will help to “keep the momentum going” after this “historic event for the studio and franchise”.