The first Axiom Verge game was notable for leaning heavily on the “Metroid” side of its Metroidvania genre, and now its sequel is hoping to evoke yet another Nintendo title: The Legend of Zelda.

In a recent interview with Nintendo Enthusiast, series creator Tom Happ says that the Zelda series is his biggest creative influence for Axiom Verge 2. That’s not the only game that’ll drive the direction of the new title, either.

“…in Axiom Verge 2 there is a distinctly heavier Zelda influence,” Happ said. “Also, the newer Prey has been very influential to me, as well as the modern Tomb Raider games, Horizon: Zero Dawn, and Shadow of the Colossus.”

Exactly how these titles have influenced the upcoming 2D platformer hasn’t been made entirely clear, though the announcement trailer does offer some hints: the player character can be seen climbing walls in a way reminiscent of Breath of the Wild, and fighting against giant monsters that are somewhat reminiscent of the sort faced in Shadow of the Colossus.

Other elements that evoke these stated influences include laser-wielding enemies that seem a bit like Breath of the Wild’s guardians, robots that wouldn’t seem too out of place in Horizon: Zero Dawn, and more-varied locations and dungeons that could be at home in all of the listed game series.

Also, there’s a boomerang, which is about as close to wearing your influence on your sleeve as it gets. 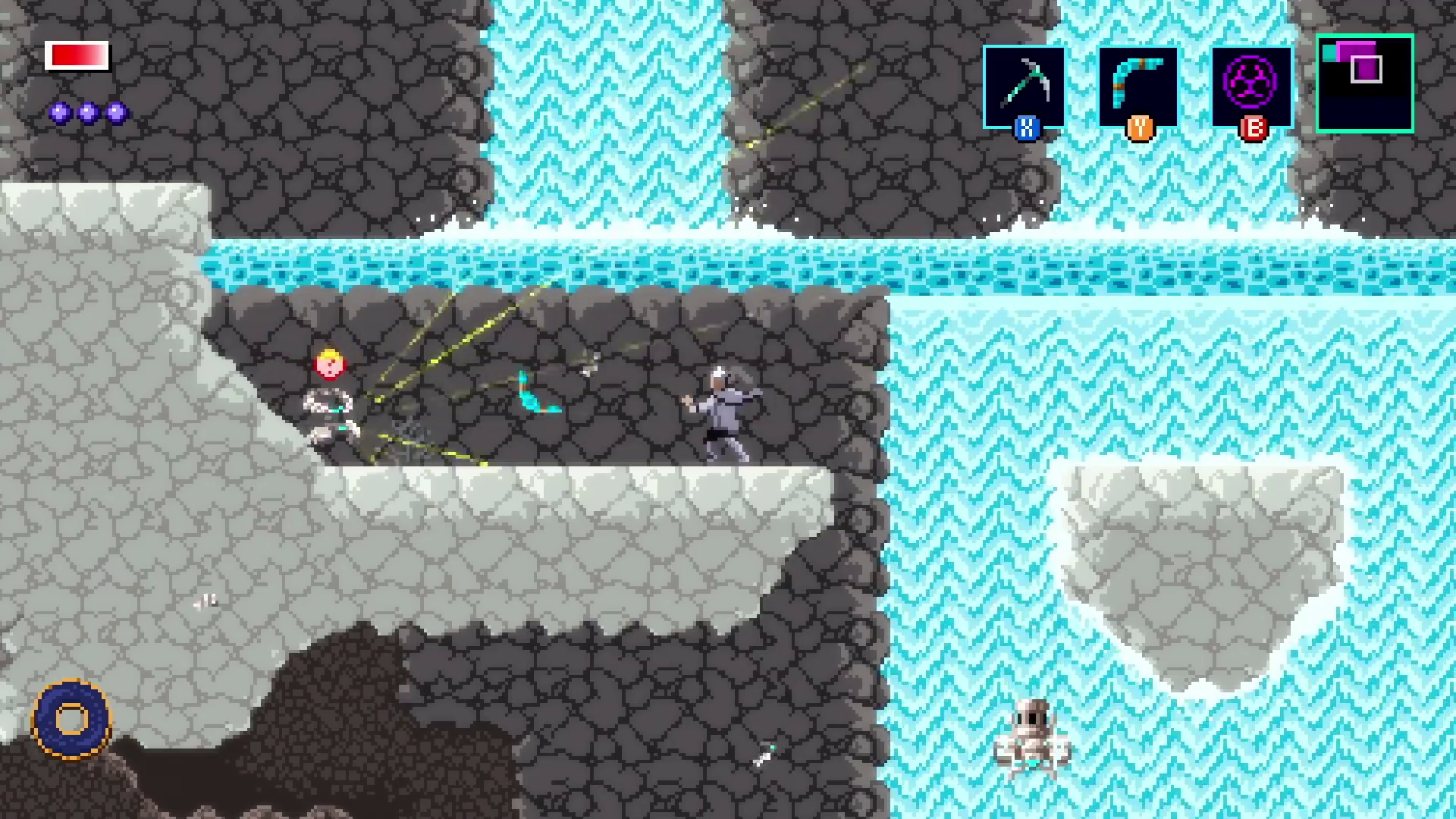 Of course, when you think of Zelda and 2D platformers, the natural place your mind goes is the unpopular NES game Zelda II: The Adventure of Link – well, that or the notoriously-bad Phillips CD-i games Link: The Faces of Evil and Zelda: The Wand of Gamelon. Hopefully, those games won’t be the ones that influence Happ.

But, seeing how the first game in the series was well-received, it’s safe to say that Happ has a good idea how to make a fun and successful 2d platformer, regardless of influence.