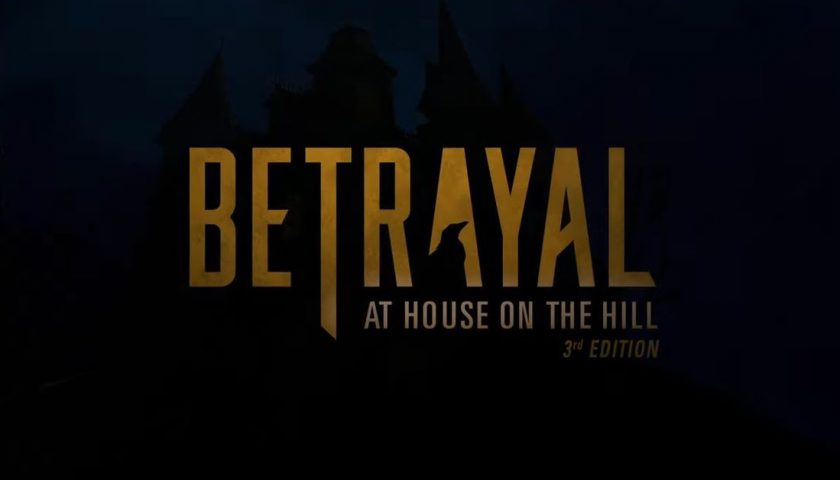 Wizards of the Coast’s Avalon Hill imprint has released a trailer announcing the upcoming release of the third edition of Betrayal at House on the Hill.

Released earlier this week on Avalon Hill’s Twitter and Hasbro Pulse’s YouTube channel, the trailer for the third edition of the beloved cooperative board game offers little in the way of concrete information regarding a release date or improvements and additions to past editions of the game. The second edition of the game corrected several errors found in the original edition, most notably relocating an “underground lake” from the house’s attic to its basement, and added new items and eight new haunts while removing eight old ones.

Originally developed by Mike Selinker based on a game by Bruce Glassco and published in 2004, Betrayal is a cooperative exploration game set in the eponymous haunted house. Players take turns drawing from a pile of random tiles, traversing the house’s various floors in search of items and upgrading their stats.

The defining trait of the game is its namesake twist, wherein at some point throughout an hourlong session of the game, a “haunt” is triggered and one of the players becomes a traitor. The traitor must then leave the room, read through an entirely different manual to understand the nature of their new in-game role, and then return to the table with the goal of preventing the other players from escaping the house.

Apart from the original 2004 edition and its 2010 follow-up, Avalon Hill has released several expansions and spin-offs of Betrayal at House on the Hill including 2016’s Widow’s Walk, 2017’s Betrayal at Baldur’s Gate, and 2018’s Betrayal Legacy.