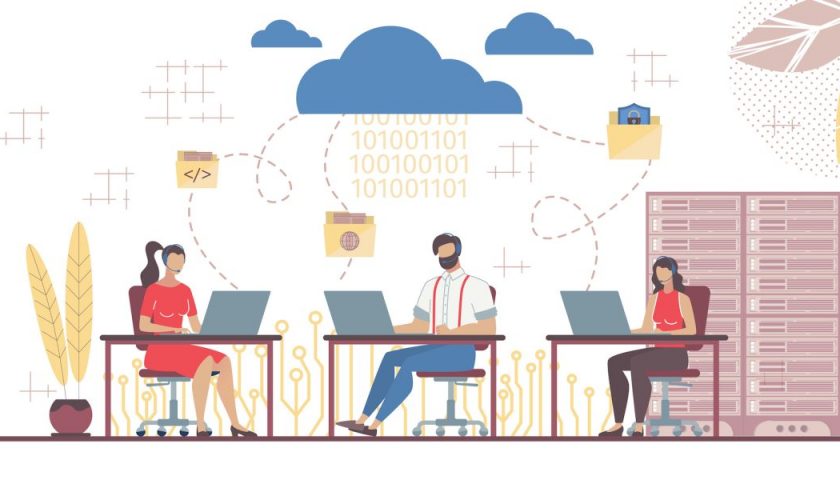 In an article published by McKinsey, industry analysts estimate that the SaaS market will grow by more than 20% annually — reaching almost $200 billion by 2024 and representing about one-third of the entire enterprise-software market. Atmosec cofounder and CEO Aner Gelman told VentureBeat via email that Atmosec’s platform addresses SaaS security issues by using machine learning (ML) to baseline the behavior of each SaaS service and its integrations, therefore identifying anomalies in that behavior.

Although the SaaS explosion brings more speed, agility, and scalability to businesses, it also ushers in security concerns, according to Gartner. Atmosec says its mission is to help companies of all sizes overcome the emerging security challenges by better understanding the behavior of third-party services.

Atmosec noted that while connecting third-party services like Slack, Dropbox, Google Workplace, ServiceNow, and others is increasingly becoming critical to business growth, they come with new threats that bad actors can exploit.

For many organizations, monitoring new software, assessing the risk of new connections, and managing their cybersecurity posture is unfeasible — according to the company.

Atmosec claims its platform uses contextual analysis to monitor and understand applications from a behavioral standpoint — while enabling rapid detection of anomalies that can be tackled swiftly by organizations.

“Cloud-native enterprises and those transitioning to the cloud are looking to elevate their visibility and illustrate that they are in control of their growing SaaS ecosystem,” said Gelman in a written statement.

According to Hacker News, the top pain points for SaaS security come from lack of visibility, lack of control, lack of governance in the SaaS application life cycle, skills gap, and overwhelming workload. Atmosec says its platform will solve the issue of SaaS security complexity for customers in these three key areas:

Adi Dangot Zukovsky of Battery Ventures noted that organizations today are relying on the ever-increasing number of SaaS applications to run their businesses efficiently. However, Zukovsky said, it is alarming that many organizations have inadequate systems to manage third-party risk.

“Atmosec is addressing this critical problem with new technology that provides cloud-native enterprises with greater visibility into their existing systems and helps them lower the risk of outsiders exploiting their third-party business applications and app-to-app connectivity paths,” he added.

While Atmosec has strong competition in SaaS application management and security startup AppOmni and Obsidian, the company says they place less emphasis on the growing SaaS ecosystem and its interconnectivity. “Atmosec takes a different approach, placing the focus on SaaS connections and their underlying behavior in addition to individual SaaS services. We have the unique ability to consider the actual behavior of SaaS platforms, which is not a focus of conversations today,” said Gelaman.

Gelman said this additional capital will enable Atmosec to build a multidimensional team to further push the boundaries of their product’s ML-enabled capabilities. Atmosec will start exploring some ideas towards 2022’s second half, according to Gelman.

Atmosec plans to foster growth by adding dozens of new roles, especially in its R&D and sales and marketing teams, over the next six months. The company has a current headcount of 20 people and has raised $6 million in total to date.

This funding round was led by Glilot Capital Partners and Battery Ventures, with additional participation from the cofounders of Armis, Wiz, and Talon Cyber.