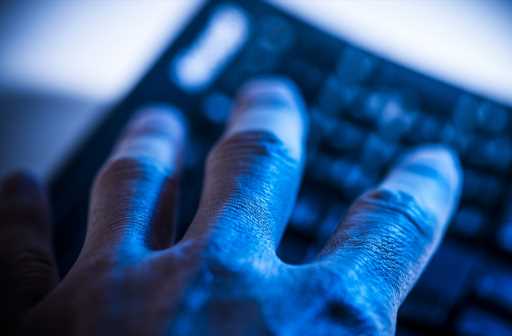 According to the data presented by the Atlas VPN team, in the first half of this year, the distributed denial of service (DDoS) attacks increased by 11% over H1 2020 figures, totaling 5.4 million. If current trends continue, DDoS attacks are expected to reach a record 11 million by the end of this year. 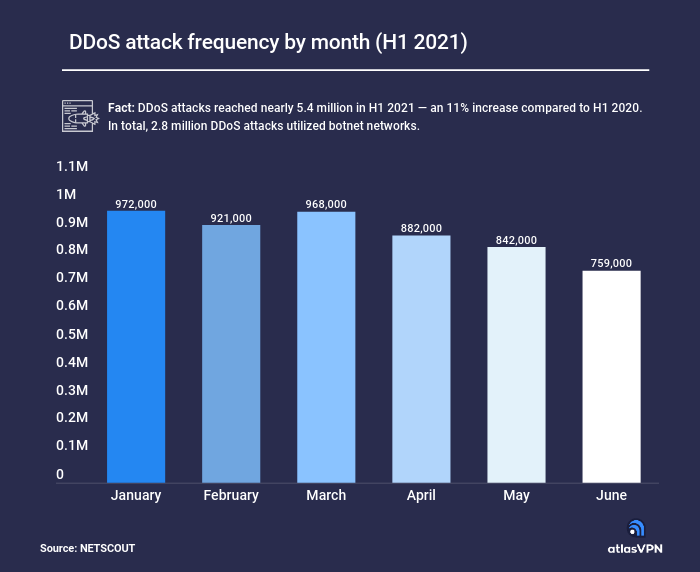 Above: Atlas VPN graph reveals a number of DDoS attacks per month during H1 2021.

DDoS attacks use a botnet (a network of compromised computers) to flood the victim’s IT infrastructure with numerous requests, disrupting a victim’s service. Cybercriminals can infect any computer or smart device, making it part of a botnet. As the number of IoT devices in the world grows, such assaults become easier to carry out than ever before.

DDoS attacks were at their highest at the start of this year. There were 972,000 DDoS attacks in January alone, which is higher than any other month. In June, the DDoS attacks reached the lowest point in H1 2021, dropping to 759,000.

Regardless of the slowdown in attacks, the largest DDoS assault took place in June. Cybercriminals launched a terabyte-class attack aimed at a German internet service provider, deploying a DNS reflection/amplification vector. The attacks had a bandwidth of 1.5Tbps — a 169% increase compared to the most significant attack of H1 2020.

Remote work has opened up new opportunities for cybercriminals. Since the start of the pandemic, the world has become increasingly reliant on connectivity and web services, making them a lucrative target for threat actors.

The figures are based on the Netscout Threat Intelligence Report, which covers DDoS attack trends in the first half of 2021.