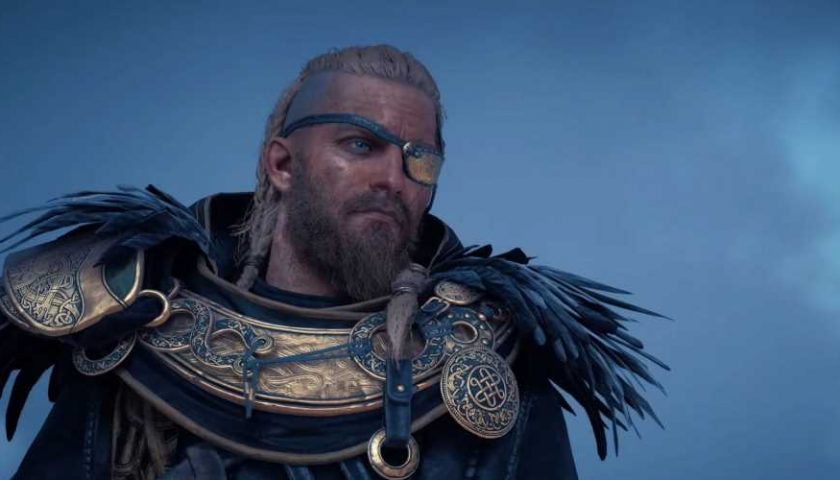 Assassin's Creed Valhalla is getting a significant update this coming week, as Ubisoft revealed title update 1.6.0 (thanks PSLS). Not much is known about what the 1.6.0 update will bring, although players have called for additions such as a NG+, some proper closure on Eivor's story, and various gameplay and combat tweaks. But more is known about the Forgotten Saga DLC.

Forgotten Saga is a free mode that is being added the same day the game update releases. The DLC was first unveiled during Ubisoft's 15th Anniversary Celebration livestream for Assassin's Creed. It's a "rogue-lite inspired" game mode meant to be a major part of Valhalla's Year Two content.

The Forgotten Saga mode finds Eivor stepping down into Niflheim, the Realm of the Dead. There, the ranks of the undead and hellish monsters await, controlled by the progeny of Loki. It's not too dissimilar to Hades, with players choosing among rewards after each stage in order to build a version of Eivor that can withstand the challenges thrown his way and endure until the very end. But if defeated, the trailer hinted that some sort of progression will be carried on to make players' attempts to survive Niflheim somewhat more manageable. Players can expect the free game mode to be added to Assassin's Creed Valhalla on August 2.

Meanwhile, to coincide with Sigrblot Festival a free limited-time event is taking place in the game. If you don't know, Sigrblot Festival is a Norse celebration that heralds the summer season and involves offering sacrifices to Odin for safe travel and plunderific raids. While we need not fear those dastardly Vikings anymore, especially those of us living England, those Valhalla players can partake in their own way. To access the event, players will need their Ravensthorpe settlement to be at least Level 2 and you'll need to have completed one of England-based story arcs.

Like previous seasonal events, such as the Ostara Festival, Festival Tokens can be collected by completing mini-games and events, which can be traded for in-game cosmetics like haircuts, beards, bird skins, tattoos, as well as settlement decorations.

The 1.6.0 game update and Forgotten Saga DLC both drop on August 2, with the Sigrblot Festival running from August 4 to 25.