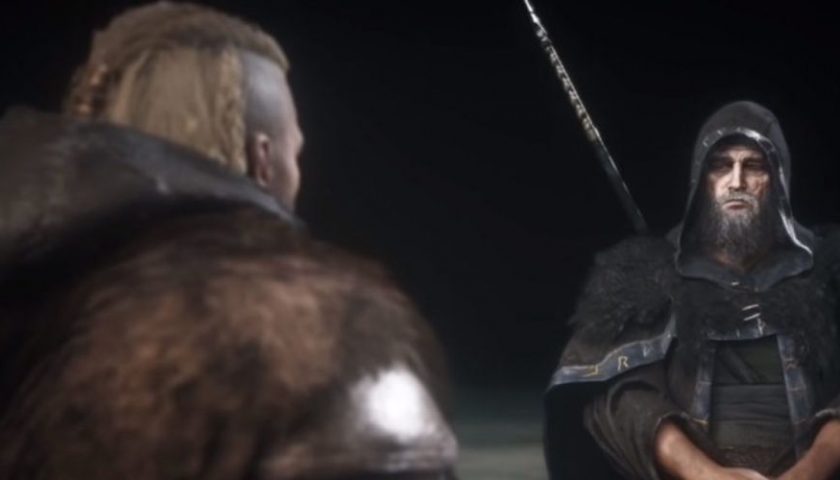 Assassin's Creed Valhalla is the third game in Ubisoft's [then] new RPG formula for the series. While fans are divided on the overall formula, there's one thing that most AC fans will agree upon – Valhalla is surely the weakest of the three. It could also be said that Eivor is the weakest character of the three protagonists, but the Viking had something that neither Bayek nor Kassandra|Alexios had – memories of a god.

Valhalla and its following DLCs had major sections where Eivor would take up the role of the Norse god Odin and travel the nine realms while their physical body was in a trance of sorts. However, the game didn't explain why Eivor had Odin's memories in the first place, leaving players a bit confused. Now, as Valhalla draws to its end, the game's writer and former Ubisoft employee Darby McDevitt explains the relationship between the Viking and the Aesir god.

"Clarifying this now, because I'm getting lots of [questions]," tweeted McDevitt. "Odin is not a separate entity inside Eivor; he is not a parasite trying to "take over." We have simply dramatized the friction between her human personality and the "previous Isu life" that is slowly revealed to her.

"I have always written Sages as if they were people with a severe amnesia that is slowly starting to lift. Someone who, one day, begins to remember that they were someone else for many years. And that someone else might be an entirely different person than they are today. "

He went on to explain that rather than a battle against good forces and evil ones, this shows an internal struggle, which the Assassin's Creed series has been doing from the first installment. McDevitt called back to the post-kill dialogues that Altair and Ezio used to have with their targets, saying that the Assassins weren't talking to the ghosts of their victims, but having an inner dialogue which was dramatized in this way.

"In a series where human memory is the cornerstone of everything we do, my explanation here should be much more palatable than imagining an Isu homunculus taking a joyride in the human mind," he explained.

He even added a TLDR – "Eivor is literally the reincarnation of the Isu Odin, not a host for a second autonomous entity called Odin."