A big part of Assassin’s Creed Valhalla is a focus on Norse mythology, and one of the armor sets is based on this premise. It is called Thor’s Armor set and it is legendary as its stats alone make you a feared opponent in battle. However, there are quite a few steps that you will have to complete before obtaining all five pieces.

This armor set will send you all across the map to fight a variety of bosses before rewarding you with this gear. It can seem daunting at first, but as you move through the game you will realize just how easy it is to acquire every piece. 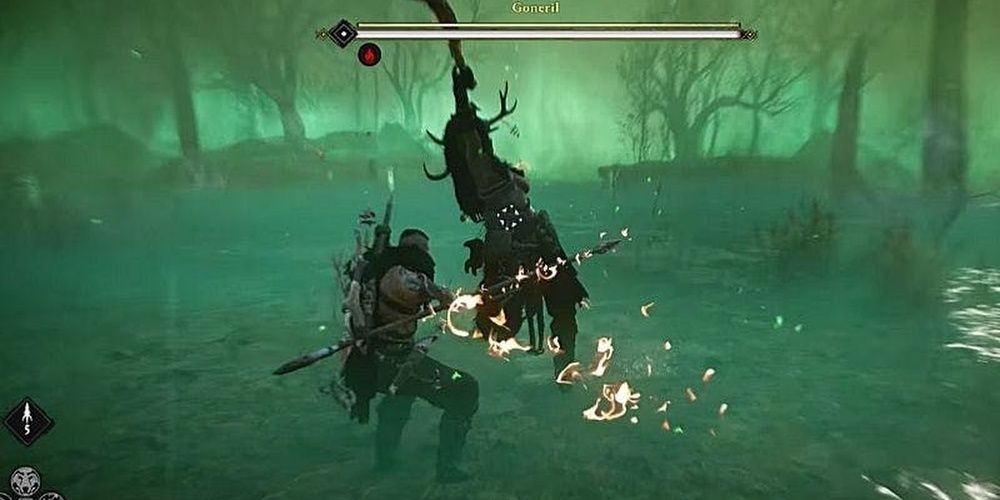 Lerion was a man who practiced dark magic and those in England wanted him dead, although his daughters evaded death. Instead, they took revenge for their father by using what their father had taught them to murder innocents across the country.

One of these daughters is named Goneril and by defeating her you will be rewarded with Thor’s Breeches, which is part of one of the best armor sets in the game. She is the first of the three that you will come across in the game and she can be found in Grantebridgescire in a location called Spalda Fens. She will come into play after Eivor approaches the body on the edge of the arena beneath a tree.

A few tips you should know before taking on this opponent are as follows: 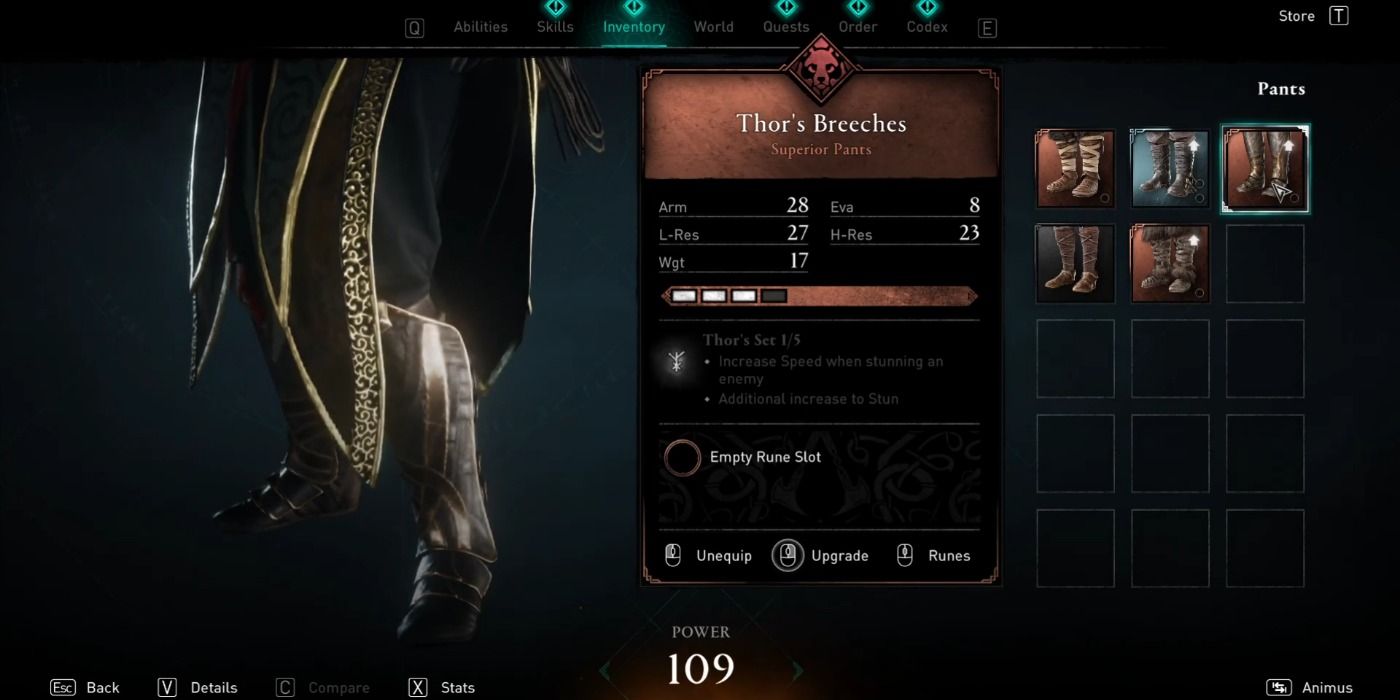 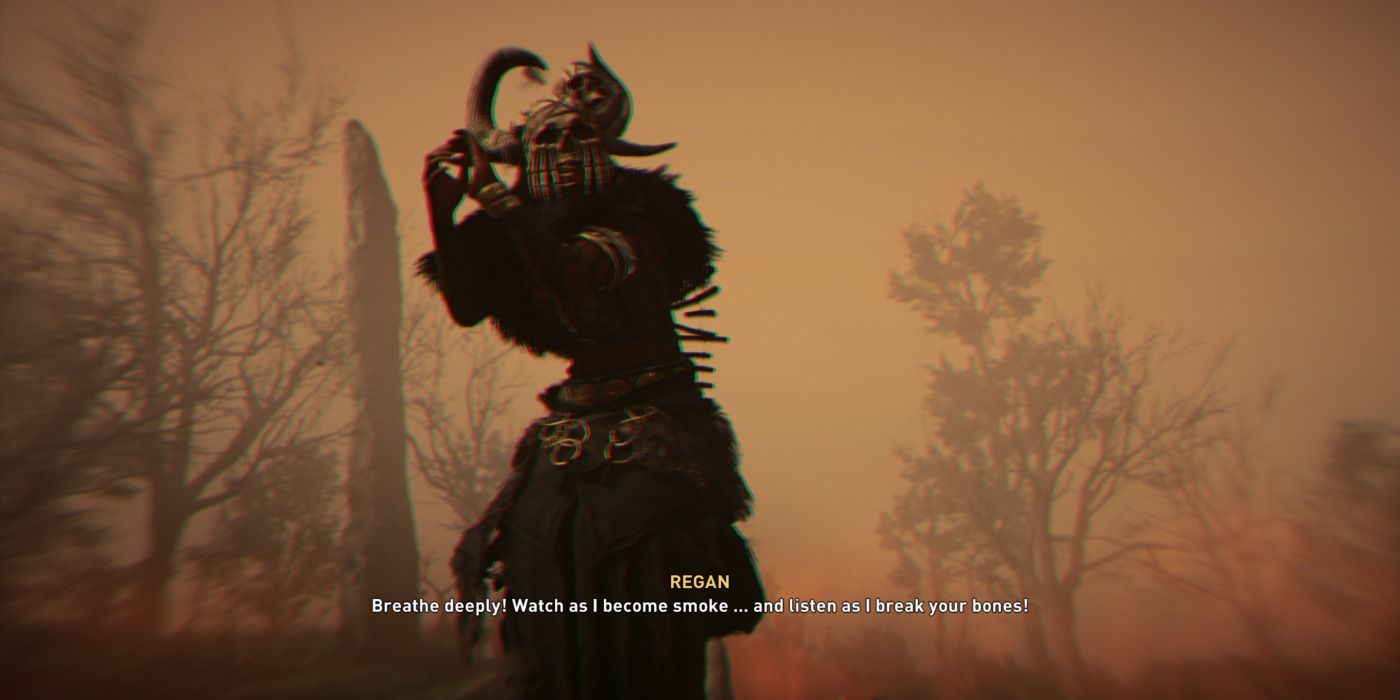 If you head to East Anglia you can find the second of the Daughters of Lerion in Walsham Crag in the northern part of the region. Her name is Regan, and defeating her will allow you to obtain Thor’s Battle Plate which can help you build an overpowered character.

A few tips to defeat this opponent are as follows: 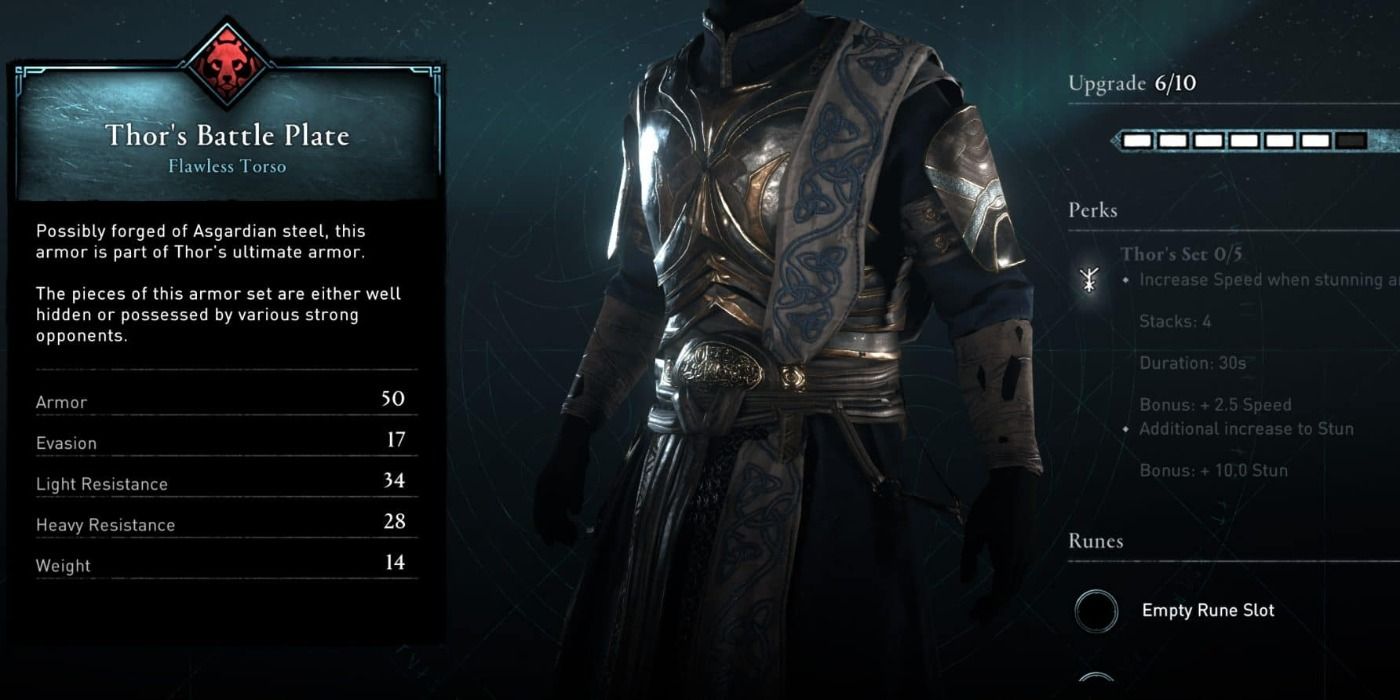 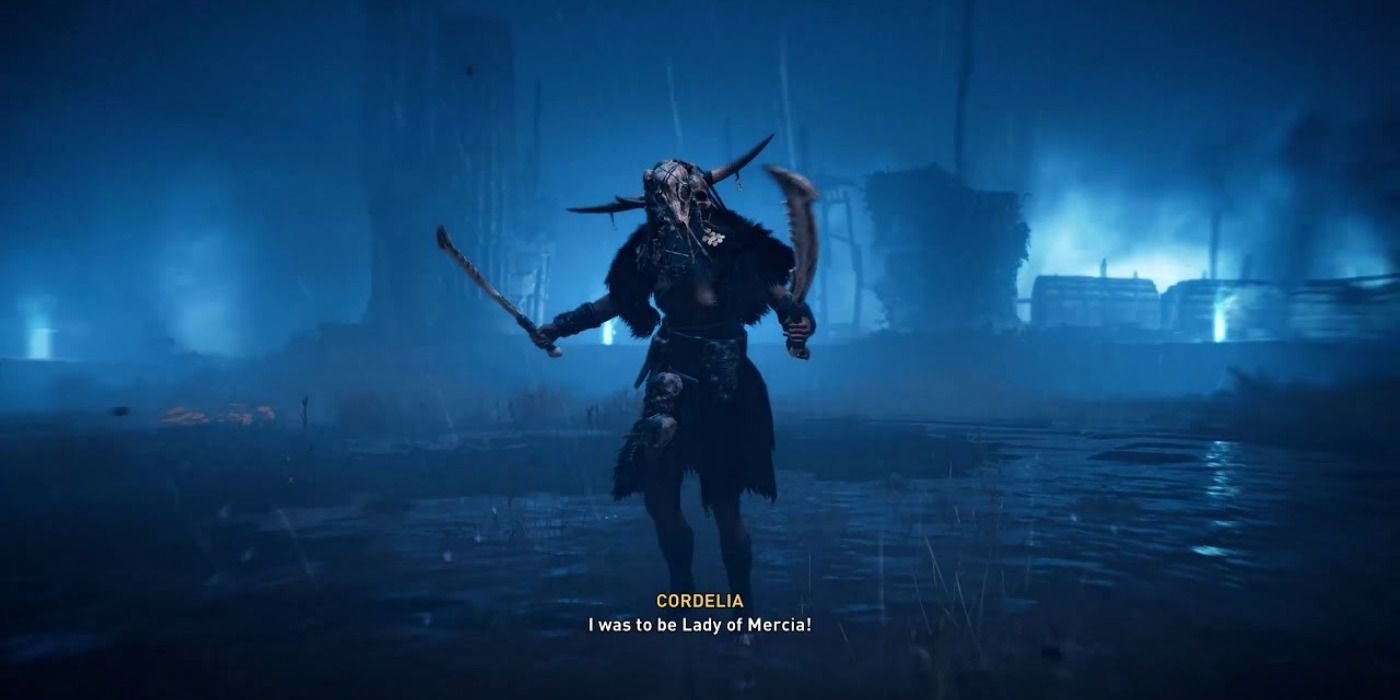 The final daughter you will face is named Cordelia, one of the hardest bosses in the game, and when she is defeated she will drop Thor’s Gauntlet. She is a power level of 340, so you won’t want to face her until closer to the end of the game, even though she can be found in a low-level region called East Anglia.

A few tips to defeat this Daughter of Lerion include: 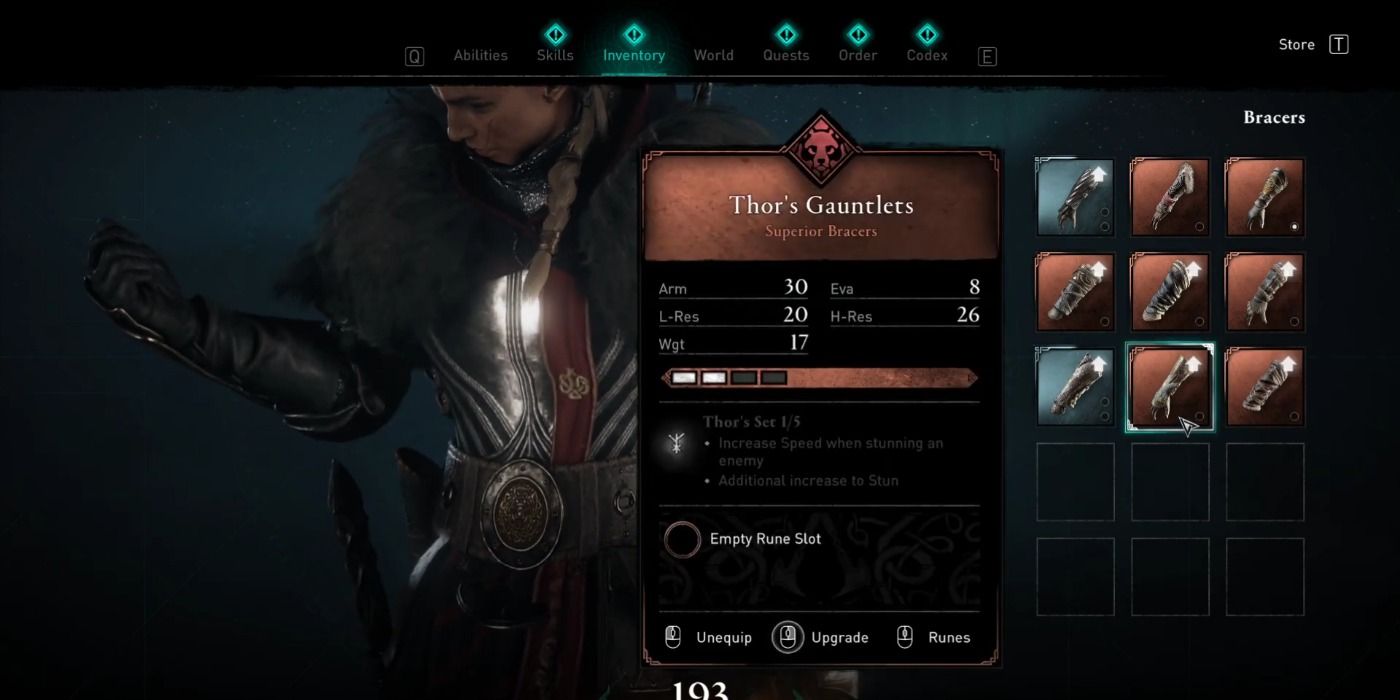 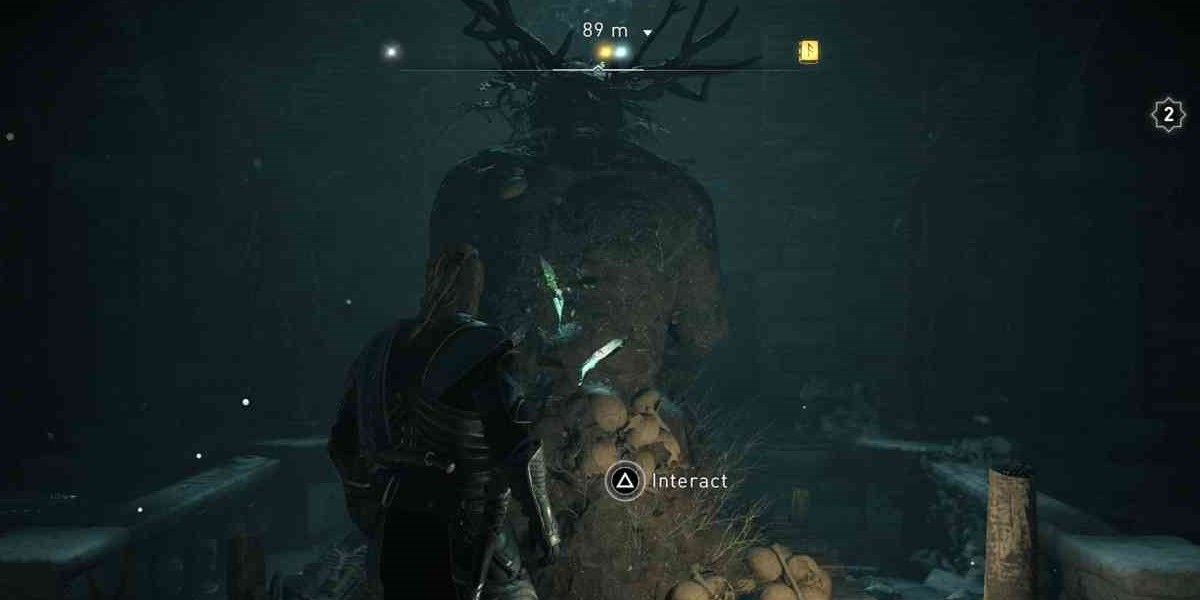 Thor’s Helmet cannot be retrieved until all three of the Daughters of Lerion have been defeated. Each daughter will drop a dagger, as well as their legendary piece of Thor’s armor, and these will be used to open a secret passage.

The first step is to head to East Anglia and head to the eastern side of the region, but stay to the west of the Yare River. There will be an underground passage at a church inside of an old outdoor crypt.

Enter the cave and head to the end where a giant statue that looks like the Daughters of Lerion will be sitting and put the daggers in its back. This will cause the statue to break and reveal a hidden staircase. The chest will be located at the end of the passage, along with two other smaller chests that you can loot, and it is one of the best parts of the game. 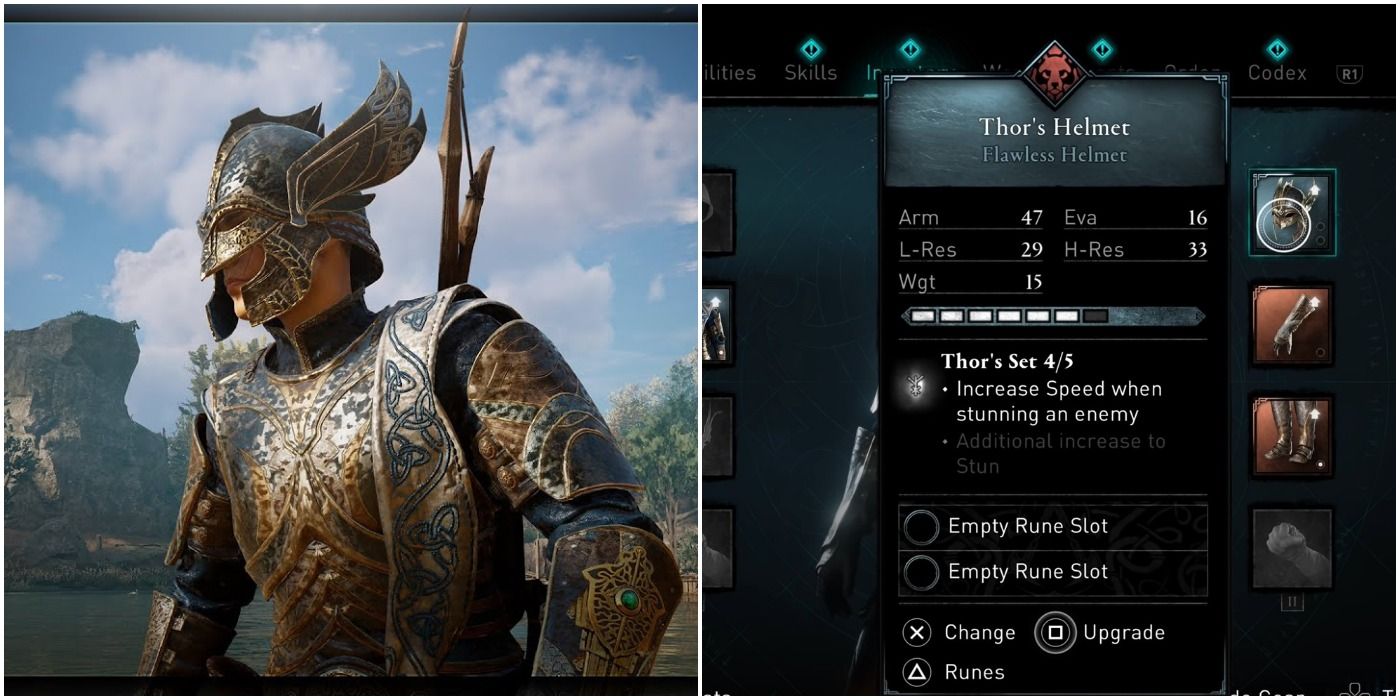 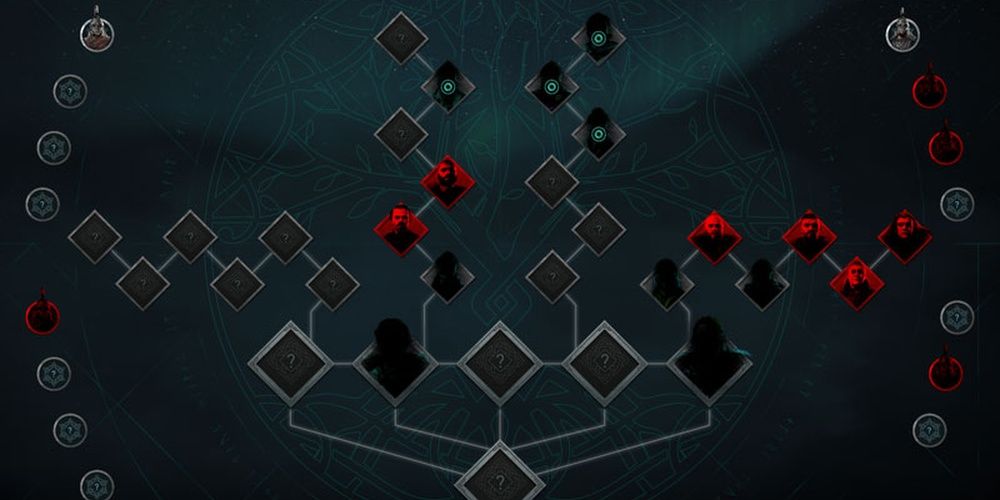 Thor’s Cape is by far the hardest piece of this armor set to acquire as it requires quite a bit of leg work. You must kill all of the members of the Order of the Ancients and take their medallions back to Hytham before receiving this reward.

It is something players like to do after beating the game, seeing as it requires a bit of travel and time to uncover any missed clues. However, it is well worth the struggle to complete this legendary set seeing as it looks amazing and its stats are overwhelmingly good. 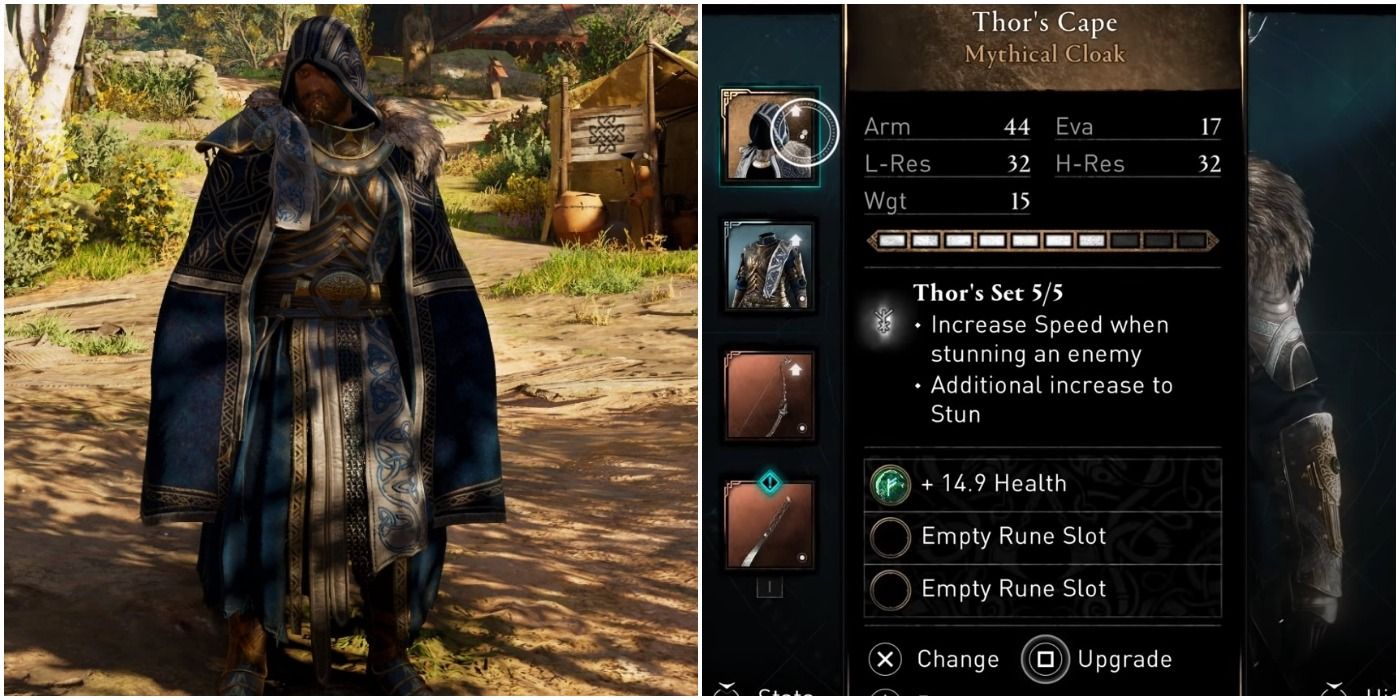 Next: 10 Major Differences Between The PS4 And PS5 Versions Of Assassin’s Creed: Valhalla