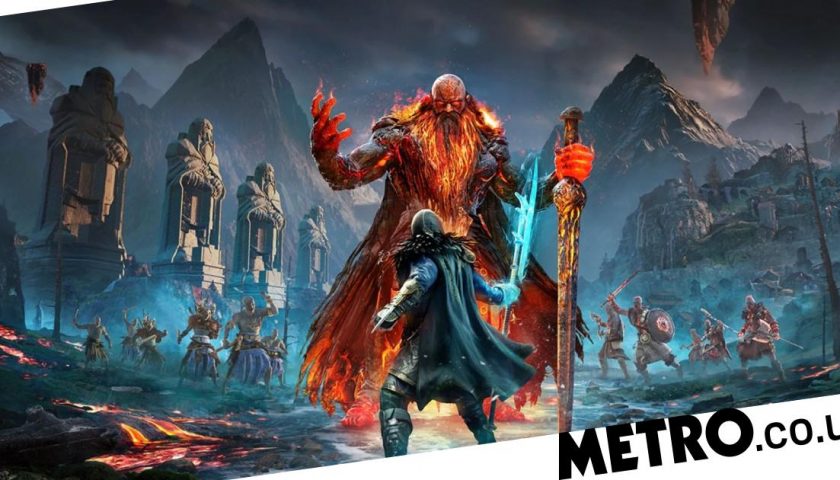 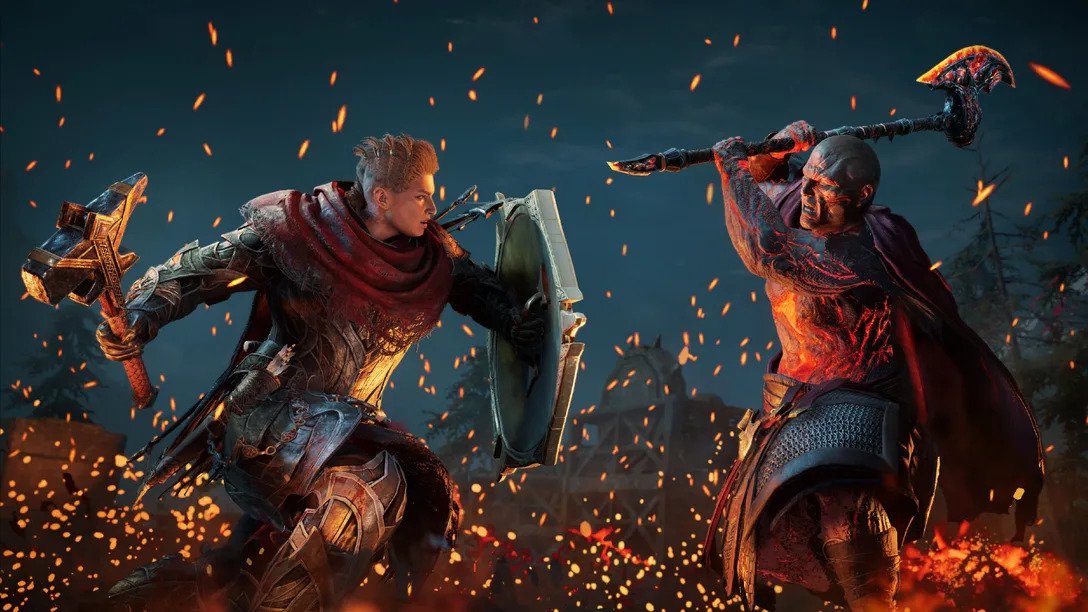 The first major piece of DLC since the Assassin’s Creed Valhalla season pass ended is the biggest expansion yet, in a whole new location.

Ubisoft comes in for a fair amount of criticism for its games’ increasingly formulaic approach: open worlds dotted with identikit activities, gated by your hero’s power rating. That could be describing Far Cry, Assassin’s Creed, Ghost Recon, The Division, or Watch Dogs. However, like all clichés, there’s a reason they’ve become so well worn, in this case because large numbers of people enjoy said formula.

Ubisoft knows this and has become very good at churning new games… and new DLC. Assassin’s Creed Valhalla has already had two chunky plot-based expansions. The first, arriving in May last year, had Eivor heading to Ireland for Wrath Of The Druids, followed up in August by the Siege Of Paris. Both clocked in at around the 15-hour mark, with side quests, and each added fresh abilities, gear, and an entirely new landmass to explore.

They were both also included in the season pass, but as the game moves into its second year of support that’s expired and players wanting to play Dawn Of Raganrök will need to pay separately. To soften that blow, this is quite substantially larger and, again, takes place in a completely separate realm: Svartalfheim, the land of the dwarves. Unfortunately for its inhabitants, it’s been invaded by the flame-grilled monsters of Muspelheim and the jolly blue giants of Jotunheim.

Svartalfheim is geographically varied, taking in ice and snow, lush plains, and mountains of pure gold, punctuated by rivers of lava and towering colossi. It also has broken, fiery chunks of Muspelheim floating magically above it. It’s a mixture that regularly creates stunning vistas to canter through on your reindeer, or to fly above using your new power to transform into a bird (so, no, your reindeer doesn’t fly).

That fresh ability is joined by three others designed to help navigate environmental challenges unique to Svartalfheim. One lets you walk on lava and blend in with the Muspels; another gives you ice attacks and the ability to walk, unmolested amongst the Jotun; and the last infuses your weapons with lava power, and temporarily resurrects downed enemies to fight on your side.

Disappointingly, none of them will work back in England or in the previous two DLC areas, but you can use them anywhere you like in the land of the dwarves and, in true Ubisoft style, each power is upgradeable using new currency silica, gained from raiding mills along the game’s rivers with your longship and crew.

There are also extensions to Eivor’s now sprawling skill tree, including a comical but effective knee kick performed while running at enemies, and various ways of preventing long combos being interrupted by enemies’ attacks. None is game changing on its own, but each adds incremental help in battle, which you may need depending on how much you played the base game and its add-ons.

While Ireland recommended a relatively low power rating, in Svartalheim you’ll find many of its bosses, one of which you fight in the opening minutes, have power ratings topping 500; so if you didn’t spend 100+ hours finding Thor’s Hammer and Excalibur the game starts by offering you an instant top-up to help make the DLC less daunting.

If you did put in the hours, this is an excellent place to test your powers against tougher enemies and a succession of one-off boss fights. The battle system is as weighty as ever, and while it may lack the brutal precision of Elden Ring it’s satisfying enough, and you certainly feel the benefit of further upgrades, skills, and abilities, extending to weapons and armour which can now be enhanced from mythical to divine in rarity.

Missions and side quests are once again mainly fetch-based. Everyone seems to want something, whether it’s a sunstone, special tools, or some other magical MacGuffin, and you’re always in charge of finding it, powering it up, and bringing it along to the party. You also won’t be surprised to learn that getting hold of these usually involves killing a bunch of guards, first via stealth and eventually in open combat.

The rest of the time is spent with a litany of distractions, including unlocking pieces of Norse mythology whose stories are as bizarre as they are bloodthirsty; visiting dwarven altars that give you skill points in return for offerings; rooting out dwarf shelters by following signposts painted by the diminutive graffiti artist, Banski; and rescuing dwarves being held hostage by Jotun, amongst a number of other oft-repeated pursuits.

Once again, some of the game’s essential banality is obscured by the superb voice acting. Female Eivor’s husky drawl is a regular scene-stealer, even though throughout your time in Svartalfheim she’s actually playing Havi, the Asgardian nickname for Odin. Her strange metaphysical ties to the All Father are made explicit in the base game, and the whole of this DLC is spent as Odin, even if you still look, sound and fight like Eivor.

There are still bugs. Your longship propping itself up at 45 degrees to the horizontal on a wooden dock, rain falling hard inside Valka’s hut, a dwarf you’re escorting getting stuck for several minutes on a piece of scenery. None of them is game breaking, even if in its second year of updates you might expect these to be a bit less frequent in their occurrence.

Perhaps unsurprisingly, what you get with Dawn Of Ragnarök is more of the same. More skills, weapons and gear, more side quests, and more landmass to uncover by climbing tall objects and ‘synchronising’. Oddly Ragnarök itself barely gets a mention, but the plot rolls along with its own momentum, propelled by Eivor’s vocal talents and the rough and ready dwarves, whose amusing brusqueness never gets old.

Like a binge at McDonald’s or a weekend spent in thrall to Netflix, there’s something about Ubisoft’s formula that feels good while you’re playing it but leaves no distinct impression when you emerge at the other side. It’s soft, easily digestible and instantly gratifying, but an insubstantial experience. Ubisoft is great at producing this stuff, but as Elden Ring and Zelda: Breath Of The Wild have demonstrated, open worlds have the potential to be so much more than endless HUD markers and recycled fetch quests.

In Short: The first post-season pass DLC is a substantial slab of new plot, gear, and abilities but never anything more than that. If you loved the base game, this is a lot more of exactly the same.

Pros: Svartalfheim is beautiful in its fiery, mountainous glory and the voice acting is consistently excellent. There’s a lot to see, do, and collect in an entirely self-contained side story.

Cons: There are still bugs and a heavy reliance on fetch quests. Ragnarök itself is barely an afterthought and this is the same, familiar Ubisoft formula spun out for a further 35 hours.