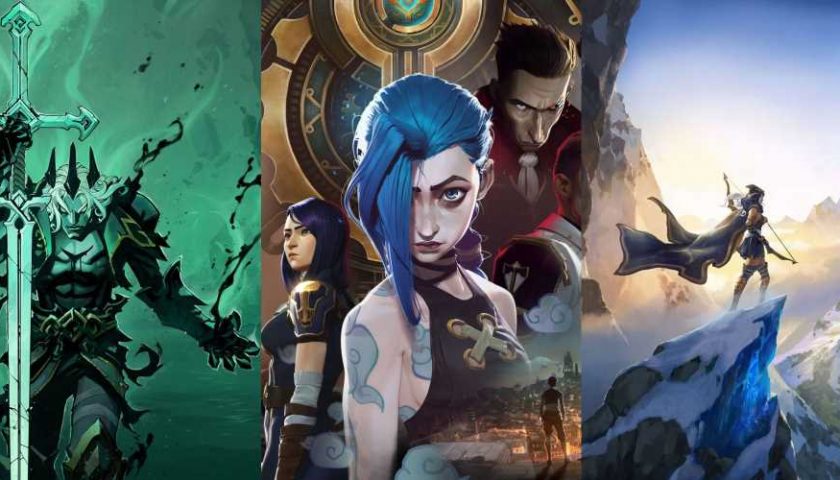 The Emmys 2022 has been announcing who's in the running and the likes of HBO's Succession, The White Lotus, Hacks; Apple TV's Ted Lasso; and Hulu's Only Murders in the Building have come up trumps with the most nominations. However, in the Outstanding Animated Program category gamers will see something League of Legends shaped as Arcane has been given the nod.

Other nominees in the category for the 74th Primetime Emmys include Bob's Burgers, Rick and Morty, The Simpsons, and Marvel's What If…?

It's not the only Emmy nomination it's received either. Arcane has also been included in the shortlist for Outstanding Sound Editing For A Comedy Or Drama Series (Half-Hour) And Animation. It will compete with Barry, Cobra Kai, Love Death + Robots, Ted Lasso, and What We Do In The Shadows in this particular category.

Arcane has been a hit for Netflix and Riot and has been lauded among critics for its animation, world building, and character development. It's especially notable for how it has managed to appeal to viewers who have never played the game series it's based on. Arcane has topped the streamer's Top 10 charts in 52 countries and became its highest-rated series within a week of its premiere. Arcane was produced by Riot Games and Fortiche.

Arcane follows sisters Vi (Hailee Steinfled) and Jinx (Ella Purnell) as they traverse the conflict and unrest between the wealthy city of Piltover and the oppressed undercity of Zaun, and find each other on diverging paths as they clash over beliefs and arcane technologies. The first season had nine episodes, while the sixth episode 'When These Walls Come Tumbling Down' specifically received nominations in both the categories it's in.

Other cast members include Kevin Alejandro as Jayce Talis, Katie Leung as Caitlyn Kiramman, and Harry Lloyd as Viktor. Arcane was announced at the League of Legends tenth anniversary celebration in 2019, and released on Netflix on November 2021. A second season is in production and is set for release in 2023.