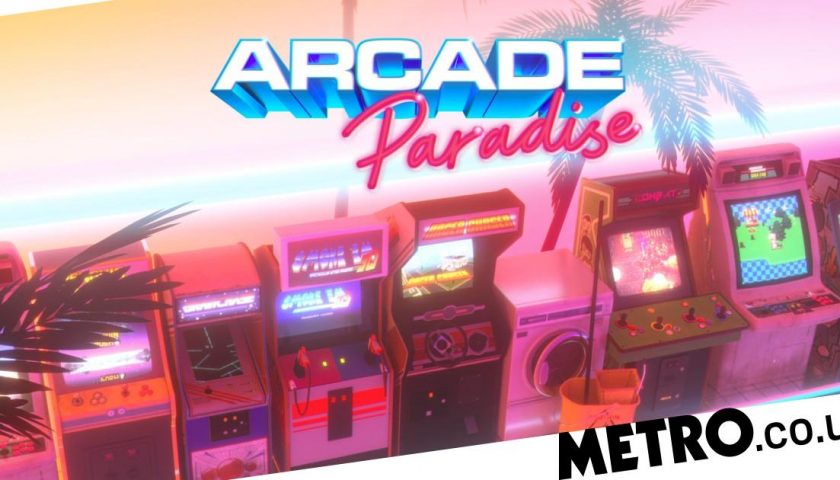 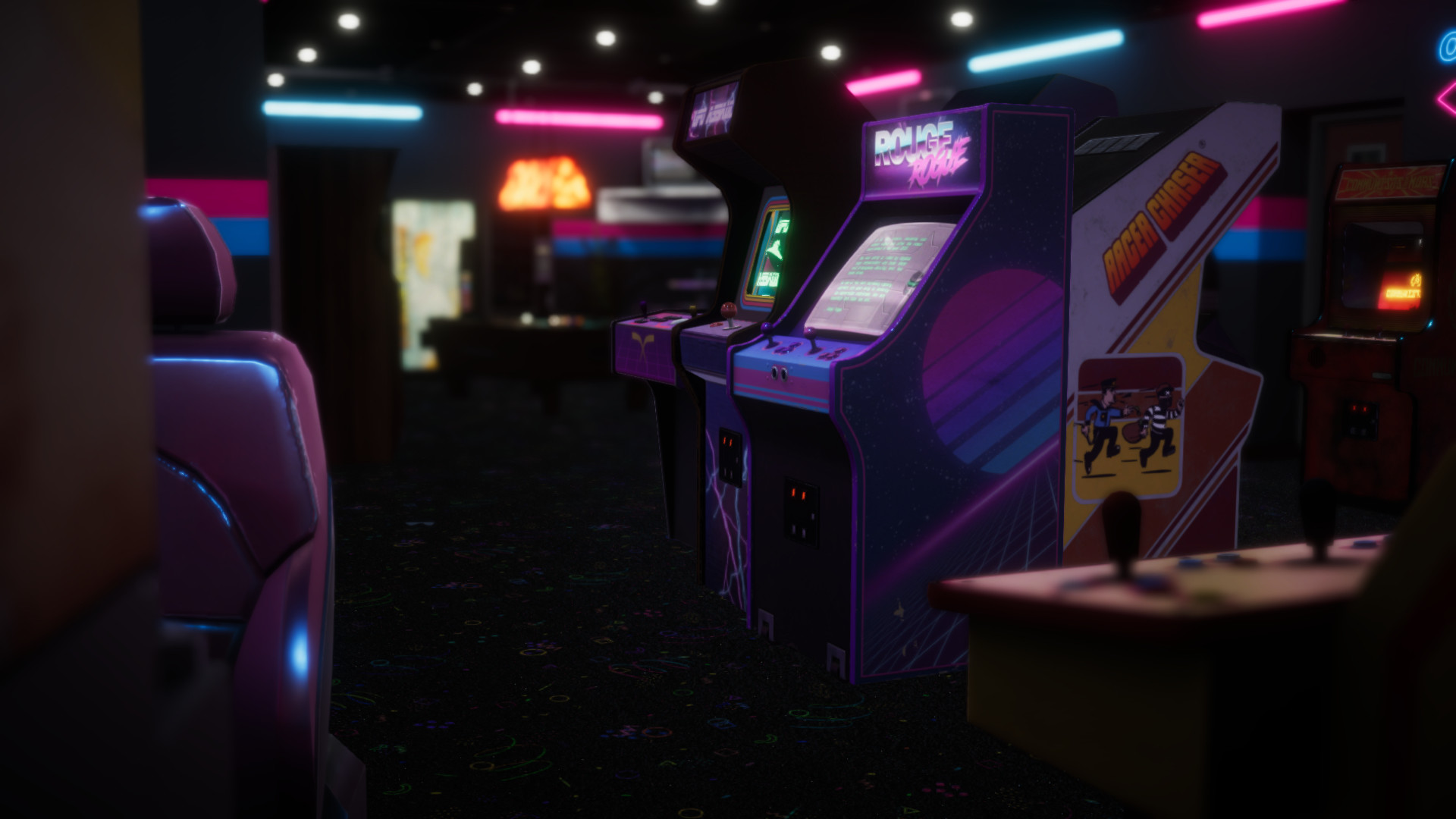 A clever homage to the arcades of the 1990s and the drudgery of your first teenage job.

Remember those teenage years when you first realised the drudgery and boredom involved in doing menial jobs, for desperately needed currency? Cleverly, and rather bizarrely, Arcade Paradise lets you revisit those heady, revelatory times, while also functioning as a love letter to the video game arcades of the 1990s.

From age 14 onwards, I can recall having a string of dire holiday jobs, including working behind the counter at the local greengrocers, packing hi-fi components in Slough, and working on a machine tool floor shovelling swarf (the finger-shredding residue from lathing metal into components). By comparison, Arcade Paradise’s protagonist, Ashley, has it easy. His domineering, puffed-up father, a successful businessman always keen to do his son down, has a laundrette which he grudgingly lets his son take over.

It’s not just a laundrette, however. The backroom contains a few arcade machines and Ashley is a keen gamer, a fact you can tell by the way in which he gamifies the routine tasks required to maintain the laundrette: unblocking the toilet becomes a boss-battle, cleaning up chewing gum and chucking rubbish in the skip around the corner become timing games, and everything – including the wash cycle – earns you money, which can be reinvested in the laundrette.

Arcade Paradise’s period 1990s feel is spot-on. In the cramped office, you have an early PC, which connects to the nascent web via a modem, and soon you start earning enough cash to add to the arcade machines. The machines themselves don’t merely ape classics of the time, but take a mash-up approach: combining, say, Pac-Man with Grand Theft Auto, Candy Crush with Zelda (which is actually slightly less intriguing than it sounds) or WipEout with OutRun.

Everyone who plays Arcade Paradise will find particular favourites among its arcade machines – ours include a completely basic but horribly addictive box-stacking game and a clever hacker-themed effort involving number-matching in a Tetris-style framework, which would surely go viral if it were made into a standalone mobile game.

Period detail abounds, via the likes of CRT style filters and chiptune inspired music. Arcade Paradise is a loving homage to the latter days of the arcades and will induce many a nostalgic twinge in those old enough to remember them.

If there’s one structural problem with the game, it’s that you have to snatch periods of acquainting yourself with the arcade machines in-between maintaining the laundrette. At first, even the latter is curiously compelling. The game splits itself into individual days, so if there’s an ounce of OCD in you you’ll want to kick off each day by cleaning up the (again, 90s style) rubbish that accumulates.

As you develop a proprietorial feeling towards your mini-domain, you’ll also want to maximise the financial returns you can get from doing the laundry; your digital watch tells you when each washer or dryer load is finished and the longer you leave it mouldering around, the less you get paid for it.

However, eventually, you will get bored of the laundrette and focus more or less exclusively on the games. The business simulation side of Arcade Paradise progresses pretty slowly, but you find that you can turn unused rooms into more arcade space, and once the arcade machines make more money than the laundrette, clothes-washing ceases to be a priority. It’s worth noting you can also win an achievement for goofing off and doing precisely nothing in a single day.

Every day, you get three objectives – mainly involving playing the games – and the cash you earn is paid in pounds rather dollars, which means it can only be spent on upgrades. Some are cosmetic but others are useful, such as rubbish bags which carry twice as much detritus or an assistant (who really wants to play the games but can still spare you some drudgery).

There are plenty of nicely observed comic touches that crop up throughout the game, often involving your father who, despite swanning around the world, is somehow able to keep tabs on you. Ultimately, Arcade Paradise is a small indie game of no vast consequence. But it is also infernally addictive, surprisingly well structured and one of the best period pieces you will ever clap eyes on, capturing a moment in time with a great deal of affection.

If you fancy a vicarious trip back to the arcades of the 90s, as well as those barely remembered first teenage steps on the jobs market, you’ll love it. But even in its deliberately mundane washing and tidying mini-games, there’s satisfaction to be had, let alone in its clever arcade mash-ups. So if you’re curious about what the 1990s were like (perhaps thanks to a parent who is always going on about them), it offers a chance to gain some insight into that, too.

In Short: A clever management sim that pays homage to both the arcades of the 1990s and the exquisite drudgery of teenage jobs.

Cons: Some will find the sim element too slow; quality of the arcade games is often inconsistent.