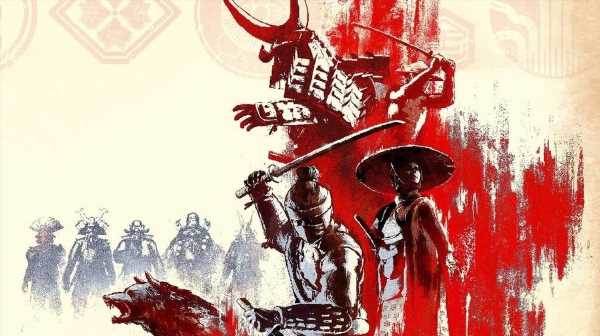 Arashi: Castles Of Sin was a very welcome surprise when it was announced at the beginning of June, but we haven’t learned too much about the game since then.

We decided to change that.

Tom Doyle from Endeavor One spoke to us a bit about the upcoming PSVR title, which takes us back to feudal Japan. The below interview covers a lot of the basics that we’re still yet to learn about the game, such as movement systems, combat approach and how stealth works. The game itself is out later this summer, so keep your eyes peeled.

UVR: Jump was one of the earliest games out there for VR headsets. How much has the team changed since then?

TD: Wow! Thank you for remembering JUMP. That was a long time ago – especially in VR years. The dev team for JUMP was just two of us. Since then we have gotten the opportunity to work on some great LBE VR with projects like Halo Recruits and Dome of the Dead. Those projects helped us grow our team slowly, with Arashi we had to double to about 15 full-time members in order to meet the ambition of the project.

UVR: Structure-wise, how does the game play out? Is it that there are six castles and that you can tackle each in a way you see fit or is there some linearity to it?

TD: Arashi is a story-driven single player campaign game. The narrative is framed around you hunting the Six Oni and infiltrating their strongholds one by one. The missions themselves are what is typically coined as “wide pipe” level design where the Players have a lot of freedom in their movement and strategies to take down their adversaries. You’ve got an arsenal of 10 weapons and a friend in battle from your wolf, Haru – it’s up to you how you approach each mission.

UVR: How will locomotion work in the game on the Move controllers?

TD: We are using a dual PlayStation Move controller setup. We think the input scheme is pretty easy to use considering how many movement modes we are supporting beyond standard on foot locomotion. Arashi blends Smooth Movement, Sprinting, Jumping, Climbing, and using, one of my favorite weapons, the Grappling Hook.

UVR: What can we expect from sword fighting in the game? Is it more arcade-driven or realistic? Is there another VR title it compares closely to?

TD: It is pretty lethal. We have a lot of fighting game fans at Endeavor One. While there are a lot of great vr melee combat games out there, I think our title has more in common with Street Fighter or Bushido Blade. Our sword fighting is somewhere between arcade and realistic. It is very pickup and play for people, but don’t let that fool you. As the game progresses you need to be pretty advanced to take on the later levels… and the 6 Oni.

UVR: How does stealth work in the game? What factors keep players hidden, how do they know if they’re about to be discovered and is it possible to hide once again?

TD: Because the levels are big open sandboxes, enemies see you, they hear you – so you need to be careful in how you approach every encounter. There are some fun features that affect your concealment, like grass to hide in or taking out lights to get a better drop on the enemy.

We have a pretty diegetic way of informing the player of being discovered. It is equal parts audio, visual, and some non-intrusive UI design. We also have a lot of tools in our design to let the player know when they are completely hidden or not.

UVR: Are there plans for Arashi on other platforms?

TD: We have a lot of ideas on how we want to explore and grow Arashi, but right now it is only available on PlayStation VR. I cannot believe I just did an interview where we didn’t talk about petting Haru. Cheers!