Games have been the top app category since the App Store’s inception. They’re so popular that, in iOS 11, Apple actually split Games off into its own tab, separate from other apps.

But, with few exceptions, the top games today are of a single type: freemium, or free-to-play (F2P) titles that cost nothing to start, but will suck your money away a few dollars at a time, seemingly forever.

We don’t know exactly what games will be included in the Apple Arcade subscription service when it launches this fall, nor what it will cost. But with the weight of Apple behind it, its own tab in iOS 13’s App Store, and plenty of top-tier developers on board, it may finally save us from freemium gaming hell.

(A clarification: A game that is free to download but has a one-time purchase to “unlock” the full experience is not a F2P or freemium game for the purposes of this article. That’s just a way to get around Apple’s lack of a proper demo feature in the App Store.)

The problem with freemium games

The advantage of freemium games is that it costs nothing to download and try them. With millions of players, some fraction will spend money, and some tiny fraction of those will spend lots of money. With few exceptions, this has become the only way for games to make money on mobile. It’s almost impossible for a game to charge money up front and compete against all those big-name games that appear “free.”

Many F2P games are initially quite fun, but nearly every single one shares a common problem: in order to make any money, they have to be designed to frustrate you.

In traditional games, you typically need more skill or better strategy to keep progressing as the game goes on. You may become frustrated and get stuck, but that’s because you lack the skill or strategy. Freemium games aren’t built like that.

Skill and strategy may play a part in them, but they’re designed never to let skill or strategy prevent you from progressing. Instead, they’ll throw up other roadblocks: arbitrary timers, limited inventory space, difficult-to-acquire gear or bonuses, and so on.

Of course you can eventually get past any of these roadblocks without paying. You can wait out the timer. You can eventually earn enough premium currency to buy that gear, or get more inventory space, or unlock that powerful character. But the limit has now become your patience, not your skill or strategy.

What’s more, F2P games subsist on what the industry calls “whales,” the rare players who will throw down $50 or $100 for some big huge premium package. Those offers have to give them a leg up on other players, otherwise the big spenders wouldn’t bother. As a result, people who spend a buck or two are left feeling like that can never catch up.

In a very real way, freemium games are nearly all designed to get you hooked on simple repetitive gameplay, then steadily, deliberately become less fun until you give up and buy something. And that cycle is, by design, made to repeat itself forever.

How Apple Arcade may improve gaming on iOS

Here’s what we know about Apple Arcade: It’s coming with iOS 13 this fall, and will have its own tab in the App Store. That’s prime real-estate for promoting games. You’ll pay a monthly fee (unknown at this time, but we bet it’s $9.99) to get access to over 100 games. They’ll work on iPhone, iPad, Apple TV, and Mac.

With its own tab in the App Store, Apple will be pushing Apple Arcade games hard. That’s good for developers who participate in it.

They’ll also be somewhat exclusive. Apple says you won’t find them on any other subscription service or mobile platform. That means we may see games that are individually sold on consoles or PC, but nothing you’d find on Android or Xbox Game Pass, for example.

Importantly, Apple Arcade games will have no in-app purchases and no ads. Your subscription includes all content and all future updates. Subscribers get a complete game, ad-free.

It’s not clear how Apple will share revenue from Apple Arcade with game makers, but one has to assume it would be similar to Apple Music. Instead of “plays” Apple might give creators revenue based on how many times their game was started in a period of time, or how many minutes players spent with it.

However it’s structured, Apple Arcade can provide a way for games to “feel” free while still earning revenue. If the service gets tens of millions of subscribers (a real possibility given the scale of Apple’s global reach), popular games could even earn a lot of money from it.

Importantly, since Apple Arcade games will not even be able to charge money or show ads, their entire design will change. No more arbitrary timers to encourage you to pay just for the privilege of not waiting. No more loot chests with “random” gear that you can buy with real money. No more feeling like other players have an advantage over you just because they were willing to spend more money.

Let’s face it, no matter how popular Apple Arcade is, it’s not going to make freemium games disappear. For starters, the semi-exclusivity agreement means that any game that wants to tap into the Android market is going to have to use the traditional cost structure, which means it’s likely to be freemium.

Games built on big media franchises, the Harry Potter: Wizards Unite, are almost certainly going to remain F2P. It’s just too tempting to tap into that big user base of eager fans, in the hopes of “landing a whale” that will spend an absurd amount of money on a mobile game. 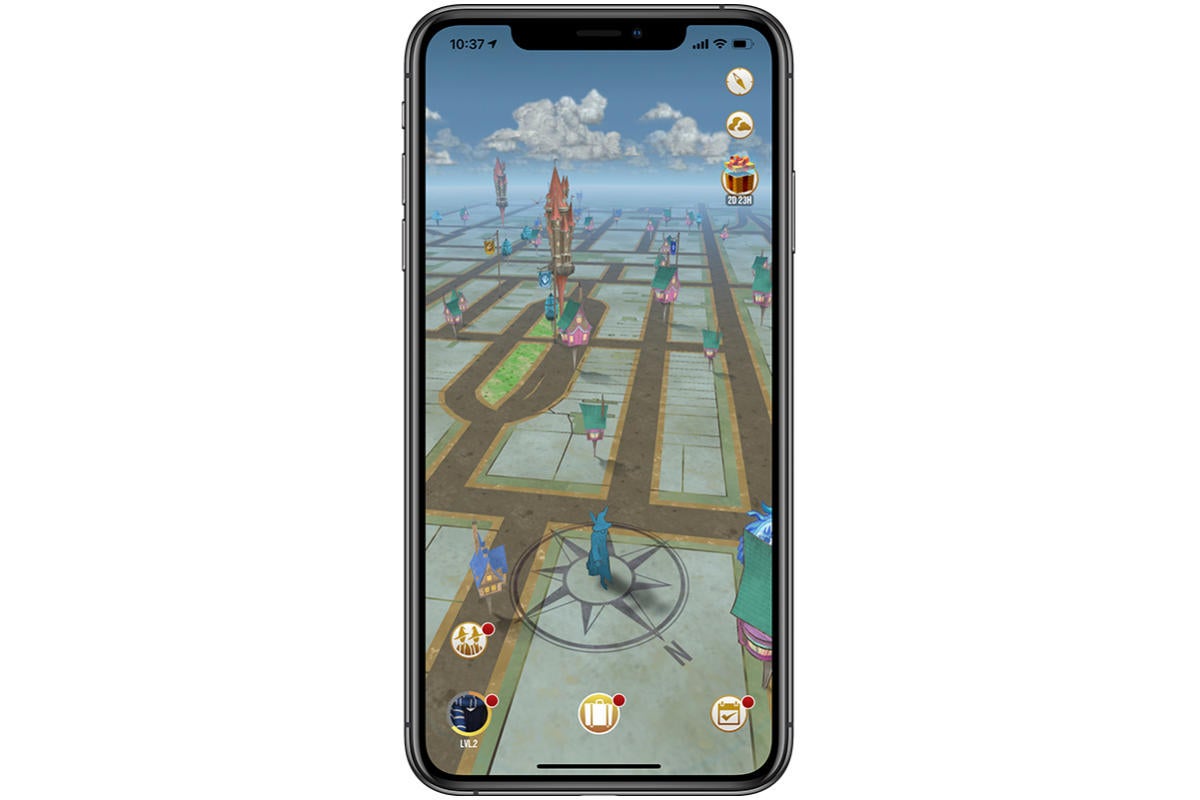 But what Apple Arcade will do is give us meaningful alternatives to the flood of F2P games. Dozens of premium games with good production values and design, some destined for consoles and PC, and none of them designed to steadily become less fun until you pay up again, and again, and again. Those are few and far between today.