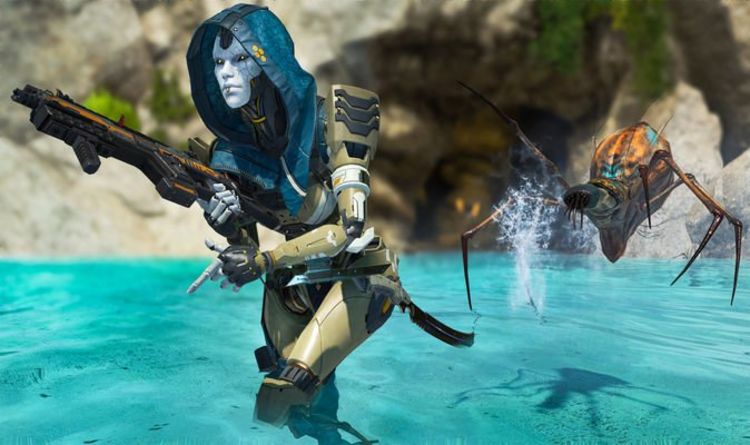 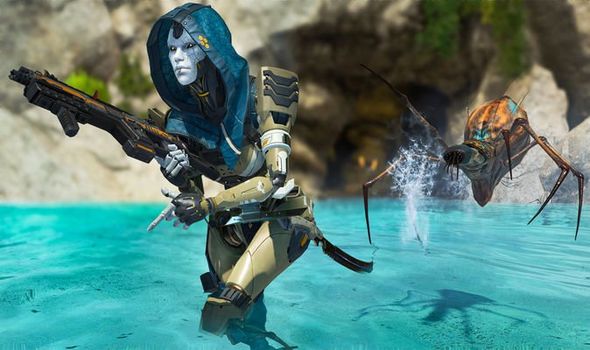 Early patch notes have confirmed a wave of new content is arriving today with the launch of Apex Legends Season 11 – Escape.

With Ash set to be the new playable character, fans are eager to jump in and start playing.

Developers Respawn has not shared a complete plan of when the new update will arrive on PlayStation, Xbox and PC.

However, based on previous launches, gamers expect the Apex Legends update time to be set between 6pm BST and 7pm BST on November 2.

Respawn have in the past launched patches much earlier than this, but the current pattern indicates a late release for Season 11.

Further patches could be released this week to make way for further changes; however, these will be primarily technical hotfixes for problems that arise.

Ash will be one of the big draws today, with the new Apex Legends character being plucked straight from Titanfall 2.

And these will be the abilities scientist formerly known as Dr. Ashleigh Reid will be bringing to the battlefield:

Passive – Marked for Death: When an enemy dies, Ash will be able to see the location of their Deathbox on the map, allowing her to identify where enemies are likely to go next; once she reaches a deathbox, she can her dataknife on them to find where the attackers are at that moment.

Tactical – Arc Tether: Inspired by her old Ronin Titan, Ash will throw a spinning snare that damages and tethers the first enemy who gets too close for a short duration of time. If the Arc Tether hits a surface like the ground or a door, it will stay alive as a “trap” for a few seconds.

Ultimate – Phase Breach: Ash uses her sword to tear open a one-way portal towards a targeted location. Once the portal is open, Ash immediately begins traveling through it, though allies (and enemies) have some time to follow her through.

Apex Legends: Escape will also feature a new Battle Pass offering limited skins and rewards that Legends can unlock by completing challenges and leveling up — along with a new Ranked Season.

The Storm Point map will also be a massive draw for those looking for something to test out in the world of Apex Legends.

Storm Point is the biggest Apex level ever launched and is about 15% bigger than World’s Edge, the previous holder of the record.

Knowing the various locations and features of the new map will be massive to scoring success and you can find all the latest news regarding points of interest listed below:

Nearly all the redeploy balloons are gone. In their place are the Gravity Cannons and they’re an excellent method to outrun the ring. Step inside of one and it will launch you in a pre-determined direction. While traveling through the air, you have pitch control and can land to the sides of the receiving points of the Gravity Cannon to avoid traps and other dangers. You also have complete control of your weapons, grenades, tactical abilities, and ultimates when traveling through the air.

Prowlers are aggressive creatures that hunt in packs, and can be found patrolling their Prowler Dens across Storm Point. If they spot you, they’ll be sure to warn that you’re getting too close and aren’t too friendly to uninvited guests. Keeping your distance leaves the option to engage in your hands. Watch out though, if you choose to engage, more will emerge from the Prowler Dens to defend their territory.

Let’s look at some of the larger drop locations: the Barometer, the heart of Storm Point. A spinning platform with a honeypot of loot is overlooked by a research tower that gives a height advantage, but is challenging to defend against attackers.

Built inside of the mountain, the Command Center is a massive complex that’s rich in loot and which allows players to dive into its heart from the dropship. It is also an excellent method for getting to the top of the mountain while protected by using a network of the longest ziplines in the Apex Games to date.

The Antenna is a drop location divided by a network of catwalks positioned above a massive communications dish. Make your way across these catwalks or slide to the bottom of the Antenna to zipline your way up to the centre.

Suspended over a dense forest, Checkpoint allows you to disengage from an intense fight in new ways. If you are overwhelmed, jump off the platform in the forest below to change the engagement.