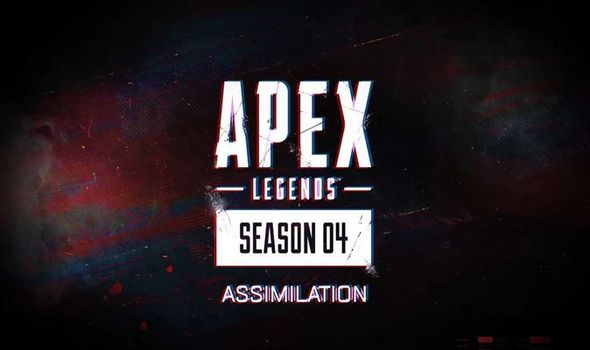 Apex Legends fans on PS4, Xbox One and PC can look forward to a brand new event kicking off during early March 2020. Respawn revealed plans for the System Override event today, which has a release date scheduled for next week. The new limited-time collection event starts on March 3rd and will be available in-game until March 17th.

No set release time has been announced but fans can probably expect the new Season 4 event to be live by 8pm, GMT.

Deja Mode will feature loot spawning in the same location on the map each match and should make for some interesting clashes.

The first week of the Deja Loot limited-time mode will take place on World’s Edge, with the second-week seeing Legends return to Kings Canyon.

The limited-time event will also be the first time players can pick up the new Evo Shield in the arena and collect a variety of Assimilation Themed cosmetics and a new Heirloom Set for Octane.

The Octane Heirloom set certainly looks to be a popular addition, with a lot of gamers searching for it online,

The Octane Heirloom set has become one of the top trending topics for Apex Legends, meaning there will be plenty of interest in how to earn it.

This will be tied to the event’s Assimilation Themed Apex Packs, with will include a set of 24 themed, limited-time cosmetics, in addition to 6 matching legendary character + weapon skins and 12 other epics.

And players who unlock all 24 System Override cosmetics will also receive the Octane Heirloom set.

A message from Respawn explains: “If you unlock all 24 System Override Collection Pack Items during the event, you’ll unlock the Octane Heirloom set for free.

“If you don’t manage to unlock this new Heirloom set during the event, it will be available via Apex Packs after the event ends.

“We’re changing up the Heirloom system to make it easier for you to acquire the heirloom you want.

“Instead of an entire Heirloom set dropping at once, you’ll now receive Heirloom shards. You can then use those shards to pick the exact Heirloom set you’d like.

“The shards will have the same drop rate as the previous system, so that after 500 Apex Packs, you will have enough Heirloom Shards to obtain an Heirloom set from the Heirloom shop.

“And don’t worry, your existing progress towards the 500 Apex Packs will carry over with the switch.

“Remember that once a player owns all of the Heirloom sets, the player will not be eligible to receive more shards until more Heirloom Sets are added to the game.”

More details on the upcoming Apex Legends event can be found below:

Ever spent the whole match looking for a Spitfire only to come up with Mozambiques? Wish you could just plot a reliable path to a 301 and purple armor? Well, this next mode is really going to speak to you.

Deja Loot is a unique take on the Apex games where a glitch in the system has caused all loot to spawn in the same location every match for the duration of the event. Even the plane path and circle locations will be fixed for this mode, which will change on a daily basis while the loot location stays the same for the whole event. The intent is to create a short term meta shakeup and reward players for learning the new progression – but be careful, just as you know where that sweet r99-extended mag combo is so will everyone else.

The first week of the Deja Loot limited-time mode will take place on World’s Edge, with the second week seeing Legends return to Kings Canyon.

As part of the Deja Loot limited-time mode we’ll be debuting a new equipment type: the Evo Shield. When you pick up Evo Shield it will start out weaker than a Common Body Shield (White), but as you do damage to non-downed players throughout the match it can become even stronger than Epic Body Shields (Purple). Evo Shields change color as they progress, but their perpetual distinctive glow will help you identify them. Progress also carries over from person to person, so look forward to some interesting late game scenarios.

To start the Evo Shield will be exclusive to the Deja Loot gamemode and spawn at higher rates; after the event we’ll consider adding the Evo Shield to all matches, so please give us your feedback.