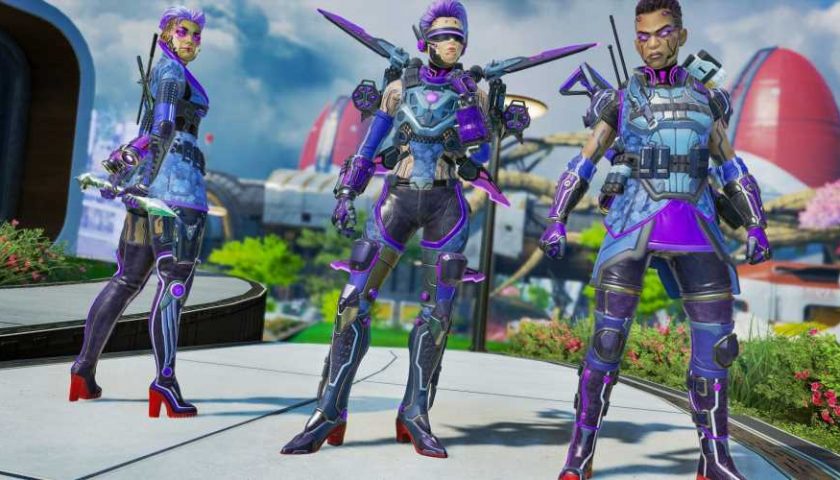 Earlier this year, Apex Legends celebrated its third anniversary with a blowout event where players could earn tons of skins, culminating it a Prestige skin for Bloodhound. Along the path to that Prestige skin, Apex Legends offered a number of Legendary skins that were designed in part with the help of Apex content creators.

One of those creators was Lindsay "LuluLuvely" who helped create the colorful Watson and Mirage skins alongside the yellow and purple skin for the R-301 Carbine. According to Lulu, the plan was for Apex to collab with streamers in a mutually beneficial exchange that would see them compensated for hyping the third-anniversary event. Only, it didn’t actually turn out that way. In a clip shared by DrUnafraid, Lulu said EA changed the deal with just one day to go before the event went live.

"I wish it was actually called the Lulu 301 skin. I wasn't included in the naming process," commented Lulu. "We didn't get any compensation or anything for that skin."

Not only did Lulu not receive any compensation, all the recognition content creators received came in the form of a blog entry on the Apex Legends site mentioning the streamers that helped make the third-anniversary skins, but that was it. As noted by PCGamesN, Eric ‘Snip3down’ Wrona said EA has very little communication with Apex creators.

"EA told us for months 'they’re going to be creator skins, it’s your skin' and then the day before they released them EA was like 'yeah your name is not going to be attached to this skin at all, nor will you get any money from the skin [you helped design], or recognition,'" Lulu added in the clip above.

This wasn't the only controversy to come as part of the third-anniversary event. The Prestige Bloodhound skin was also the center of a firestorm after fans found out that it would cost $164 to obtain the skin as it required collecting all 24 Legendary skins as well. Fans initially called for a boycott, although that fell off after EA made the skin available for 150 Heirloom Shards after the event.