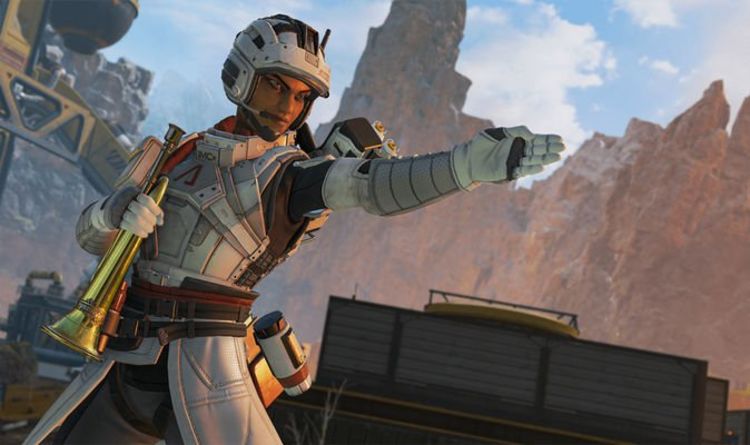 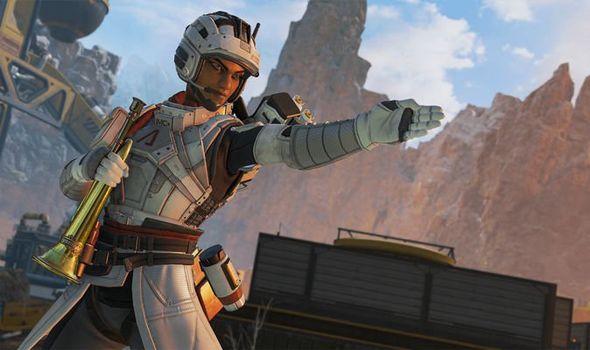 Respawn will be launching its latest update this week, with the new Apex Legends Genesis Event bringing new loot and fresh content to PS4, Xbox One and PC.

There won’t be any new playable characters released in June; however, Respawn has promised some existing Legends tweaks.

Octane’s Launchpad is getting dialled down, and with Respawn pointing out his popularity, this could affect many fans.

A message from Respawn explains: “Octane remains the most popular legend by a large margin even after the stim nerf.

“Turns out jump pads are fun, but with the added utility from the two launch options, it’s only fair to bump up the cooldown. LaunchPad cooldown increased from 60 seconds to 90 seconds.”

Revenant is apparently a bit of a chunky monkey, and Respawn hopes to reduce his hitboxes in certain areas to make him better in gunfights.

Mr Robot is also getting some buffs in other areas, with the official patch notes confirming: “Revenant’s large frame places him at a significant disadvantage in gunfights, particularly against smaller legends which no longer have Low Profile.

“We’re shrinking some of his hitboxes to counteract this disadvantage while also improving his ability to climb up walls and attack from unexpected angles.

“(We know this can be frustrating given how silent he is, so we’ll continue to monitor and add sound if necessary.)

“That said, we’re taking this opportunity to reduce some of the frustration that comes when playing against his tactical and ultimate.”

Bloodhound is another character being tweaked, with Respawn confirming that the Eye of the Allfather scan revealed time being decreased from 4 seconds to 3 seconds.

“Bloodhound has remained a popular and powerful pick for multiple seasons now, mostly because of the sheer amount of information that can be gained with one tap of their tactical.

“Shortening the scan duration still provides a snapshot of information for Bloodhound’s team without stifling all enemies caught anywhere in the large range for a full 4 seconds.”

WHEN IS THE APEX LEGENDS GENESIS EVENT RELEASE TIME?

This is a unified launch, meaning that all platforms will receive the update at the same time, including PS4, Xbox One, PC and Nintendo Switch.

And while we don’t know the “official” Apex Legends release time for the UK, things could change later today.

Respawn has set big updates live much earlier than advertised in the past, so it will be worth keeping an eye out for surprises.

But based on the current news, the Apex Legends event time has been scheduled for 6pm BST on June 29.

And for those wanting to know more about the Apex Legends Genesis Event can find the first details below, including details on the returning maps and fresh content:

Season 0 Kings Canyon and Season 3 World’s Edge return for a limited time, taking over the normal Trios and Duos queues in 1 hour rotations. What better way to celebrate the Legacy of Apex Legends than to visit the first iterations of these iconic maps?

Hot drop in Kings Canyon at Skull Town (we know you will) and Thunderdome! Grab that sweet loot on the moving train as it barrels through a pristine Capital City in the era before the Harvester landed in World’s Edge. Show your new Apex friends the terror of rotating through Bridges or the epic multi-team throwdowns in Fuel Depot. It’s all coming back now, isn’t it?

It ain’t a Collection Event without new unlockables. Let’s start with the freebies. As usual, the Genesis Collection Event brings a rewards track with all-new earnable cosmetics, this time including legendary Charge Rifle and EVA-8 weapon skins among the goodies.

You can earn 1,600 points per day and challenges refresh daily. There are also stretch challenges that reward four unique badges if you complete them during the event. All of these challenges also stack with your Battle Pass, so you can complete multiple at once.