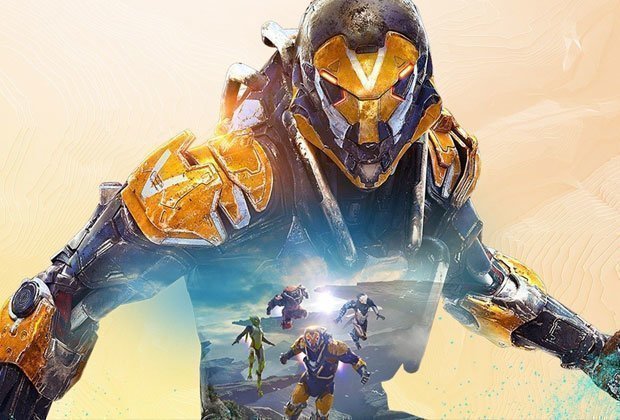 Anthem will be releasing a substantial new update to the game today as teased by the games Global Community Manager, Jesse Anderson, late last week.

“I’ve seen reports from players in #AnthemGame who are getting components for javelins they aren’t using. Well good news! We’ve got an update rolling out at 9am on Monday, April 8th that greatly reduces the chance that can happen.”

For the record, that’s most likely 9am CT, which is 3pm GMT this afternoon for anyone reading this in the UK.

Jesse also revealed that the upcoming update should go some way to making loot obtained from a Stronghold show up “immediately” afterwards. He told fans:

“This update also makes loot earned from an Elysian Cache show up immediately after a Stronghold finishes, fixes the issue where the newsfeed is blank and more. Full list will be posted Monday morning.

Beyond Jesse’s communication on Twitter, nothing else has been mentioned by the developers Bioware, either on social channels or the games Su-Reddit.

So fingers crossed it is coming today otherwise Jesse will look rather silly. Likewise, for now we will assume this new update is being planned for PS4, Xbox One and PC.

Given that the last update was 1.04 we’ll go out on a limb and imagine that today’s new April 8th update will be patch 1.05

One thing we do know is that the game will be going offline.

The EA Help Twitter account has revealed that the game will be going offline for maintenance for a period of three hours.

“Once the maintenance is done, you’ll need to download a client update to get back in the game.”

For anyone in the UK this means that the game will go offline at around 3pm GMT.

A full list of changes made to the game will likely be revealed later today, so stay tuned for more updates and patch notes this afternoon..

News of this latest patch follows shortly after quite a testing time for Bioware after a Kotaku report shone a spotlight on the company and revealed the trouble development behind the game and various ongoing issues at the studio.

As with all things these days, it naturally leaked with Kotaku able to get their hands on the email. Contained within the email Hudson told his employees:

“I wanted to get a note out to you to share my thoughts on the Kotaku article and the online discussion it has raised. The article mentions many of the problems in the development of Anthem and some of our previous projects. And it draws a link between those issues and the quality of our workplace and the well-being of our staff. These problems are real and it’s our top priority to continue working to solve them.”

The letter covered many more topics raised by the Kotaku report, but Hudson ended his email to staff with a suggestion that the studio can once again return to it’s best by all working together:

“I’m committed to getting us to a place where we are delivering on the highest expectations for BioWare games, through a work environment that’s among the very best in the world. With your help, we will get there.”

BioWare general manager Casey Hudson sent out an internal e-mail to all studio employees yesterday, which Kotakuhas been able to get its hands on.