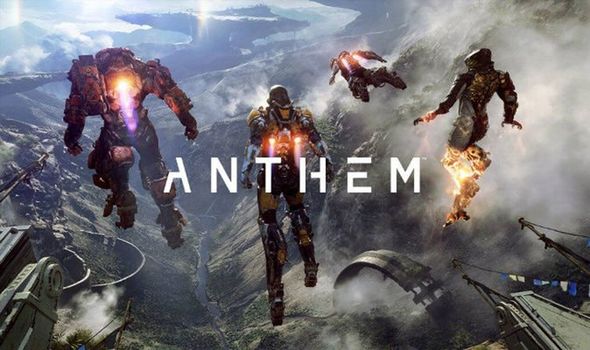 If you have been waiting for today’s Anthem patch notes to be released by BioWare, we have some good news for you.

The big list of changes included in update 1.1.0 has now been shared and include all the tweaks and new content now available on PS4, Xbox One and PC.

The biggest change is the release of the new Sunken Stronghold, which is playable to everyone who has completed the main story.

A new livestream event is also being held today by BioWare, offering a 90-day roadmap for Anthem.

It’s unclear if all this new information and content will be enough to get fans back to playing, following such a rocky launch.

One user reacted by commenting: “It sounds like progress. But it’s more like a 20 degree turn around, then a 180 degree. I’m gonna pass on coming back still.

Another adds: “ I haven’t played anthem since mid-March maybe, but I’m still keeping up with the game to see if anything good happens. I’m not holding my breath, just hopeful.

“I’m thinking they probably spent a good chunk of time getting fundamentals fixed, like bugs and gameplay issues. Loot and other mechanics are probably still being tweaked.

“Hopefully by the time some new content is dropped they will have the loot issues fixed.”

As noted by fans, there haven’t been any major tweaks made to loot, although new improvements have been made to accessibility options.

For all the big changes included in Anthem update 1.1.0, you can check out the full list of patch notes below:

The Sunken Cell stronghold is now available to all players who have completed the main story (critical path).

Added the ability to select contracts from the start of expedition screen rather than going to the individual contract boards in Fort Tarsis or in the Launch Bay.

Added the ability to launch a new mission from the end of expedition screen without having to return to Fort Tarsis or the Launch Bay.

Added the ability to access the Forge during Missions, Strongholds and Freeplay. You can now change your gear without having to return to Fort Tarsis or the Launch Bay!