The digital gaming store platform Steam is renowned for its generous sales that offer a ton of deals at typically low prices, and now a new one is on the way. If a post to the Steam Reddit page is to be believed.

According to Reddit user jaydipmodhwadia on Steam’s official Reddit page, the platform will be hosting a Steam Lunar New Year Sale shortly in celebration of the “Year of the Rat.”

All of this is according to an email from Valve, which was posted as a screenshot from jaydipmodhwadia.

The email can be seen below. 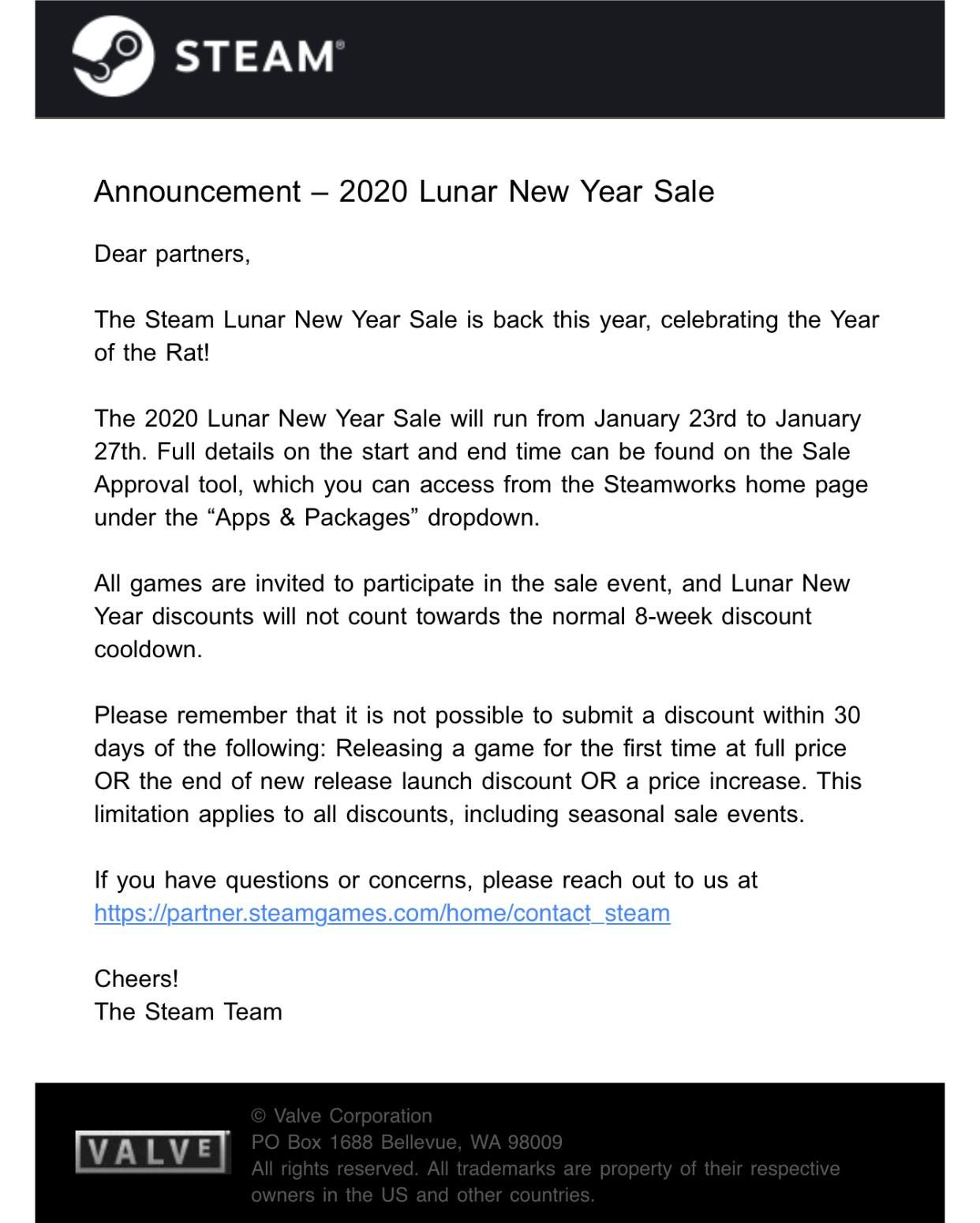 As seen above, the sale will last nearly a full week, from January 23 to January 27. Further, while every game available on Steam is allowed to be discounted through the Lunar New Year Sale, there are limitations that include the inability to discount games that were released “at full price” within 30 days of the start of the sale, as well as games that had received a new “launch discount” or an increase in price.

Thus far, no further details have been released regarding the games that will be on sale. However, if previous Steam sales are any indication, there could well be a wide variety of games on sale with a varying degree of discounts.

Steam’s most recent sale was the Steam Winter Sale, which offered a huge bevy of discounts, including games that were discounted to less than $1. For example, the Steam Winter Sale included Quantum Conundrum, Deus Ex: Game of the Year Edition, Teslagrad, and a number of games from Valve’s own library like Left 4 Dead and Portal.

As for what games can be expected in the Lunar New Year Sale, it might be reasonable to predict that some of last year’s biggest games will get discounts in addition to Valve-developed titles and older releases, as well.

The sale is just more than two weeks away, so if you weren’t able to nab anything during the Winter Sale, then the Lunar New Year Sale will be your next best bet to grab something on sale that you weren’t able to last time. So, prep your wallets, shoppers of Steam.