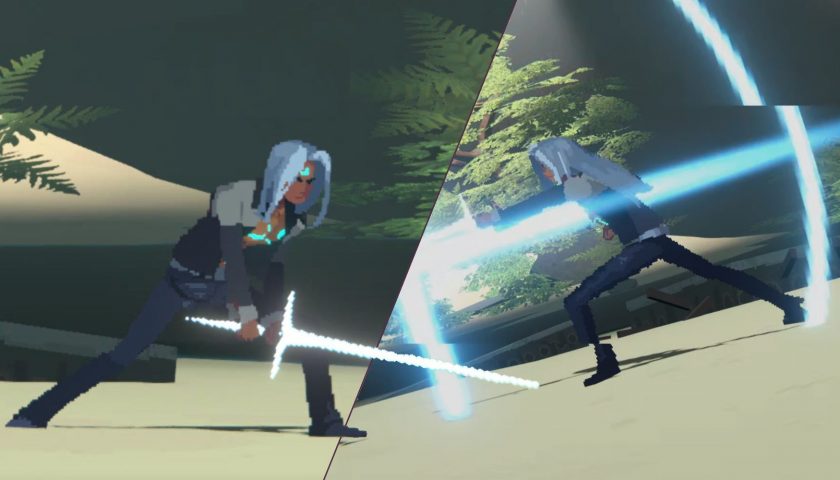 For the most part, ANNO: Mutationem treats the player fairly gently in the early sections of the game. However, that changes when Absalom appears. He is, for all intents and purposes, the first example of the game pushing back a little. And push back he does!

Absalom has an impressively large repertoire of attacks. He can teleport, he has unparryable attacks, he can throw a multitude of projectiles your way, and he has some pretty fast moves to accompany all of this. Oh, and he hits like a truck. Thankfully, he is far from unbeatable. He has a number of tells, which, once you catch on to, will spell his doom.

Versatile and fast, Absalom can be everywhere you want to be. However, all his attacks have tells. While he can seem a little overwhelming at first, once you familiarize yourself with his attacks, his weaknesses start to shine through. If any particular attack is giving you issues, consult the chart below.

When fighting Absalom your first priority is going to be whittling down his shield. You are looking for a number of key attacks. You want to look for his standard, backhanded slash. Ideally, you should parry it. Otherwise, you can roll past him and hit him with your greatsword (don't get too carried away, just one or two slashes).

Look to roll past his projectiles, and always roll away from him when he does his crouching slash (there will be time to follow-up with a greatsword slash after you do). Do this until you wear down his shield. Now, you will want to get a few slashes in before you land the fatal attack. Otherwise, you are leaving damage on the table. Absalom will now summon his pillars.

When Absalom summons his pillars, you will want to scan them as quickly as possible. Once you have seen the numbers, destroy them in the order of the numbers that appeared above them. Once you do, he will be stunned. Once again, get a few quick attacks in and then land the fatal blow. At this point, Absalom will enter into his second phase.

Once Absalom is in his second phase, he teleports far more frequently. He will also start teleporting to the left and right of you, sending projectiles your way. However, these attacks are still slow enough that they shouldn't pose too much of a threat. He will also start sending two shockwaves in a row when he pounds his fist into the ground.

However, while he is certainly tougher in this form, the gameplan is largely the same as it was in the first phase. Look for that backhand slash and parry it, while rolling past the crouching attack. Don't allow your health to fall behind the half-way mark, as Absalom has some very damaging attacks.