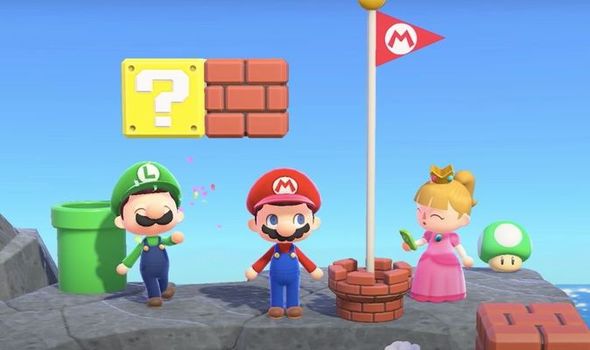 Unfortunately, however, the items weren’t available to purchase on the same day as the update.

Instead, the Super Mario 35th Anniversary items will be available to purchase from Tom Nook on March 1.

The release date was confirmed by Nintendo in a recent tweet, alongside confirmation of a special free gift for fans.

“Download the update and receive a free mushroom mural!”

The Mario-themed items – which you can see below – have some interesting effects on gameplay. The warp pipe, for example, lets you quickly move between parts of the island.