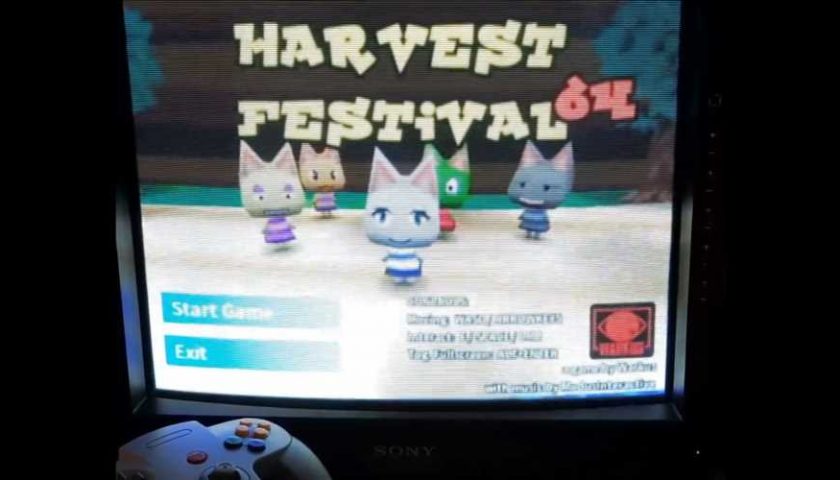 Animal Crossing isn't that creepy, unless you play it at 3am in pitch black on an old fuzzy monitor. Even then, nothing bad will happen – at most, you'll stumble on a friendly ghost, or a (maybe literally) night owl neighbour doing some chores. Cue Harvest Festival 64, where an ordinary town of animal folk start to ascend, talk about having their belly sewn back together, garble "I ate them all", and light bonfires at midnight.

Developed by Warkus, this indie game starts off fairly ordinary and friendly, you being introduced to a town of cutesy animal villagers who are more than happy to welcome you to their way of life. Even better, there's no capitalist debt collector on your tail, demanding 100,000 Bells every few days.

However, things take a turn when Friday the 13th comes (not to be confused with the slasher starring a machete-wielding murderer). What started as a game about gathering materials and fraternising with your neighbours quickly spirals into horror. In the town centre is a giant burning effigy, villagers now bearing large black sunken eyes and toothy grins, dialogue descending into low animalistic grumbles. The burning effigy even has a villager in the middle of it, likely a sacrifice to Tom Nook who is off elsewhere preparing more cattle.

Even your own villager will get those lifeless eyes that eerily stare directly into the camera, watching you beyond the screen. And to fit the creepypasta, old N64 Animal Crossing gone wrong vibes, the game ends with everything glitching out and breaking in on itself.

It's available on itch.io right now, and you can either grab it for free, or name your own price. It's fairly short, listed as a "64-bit era inspired game", and was developed for Ludum Dare, a huge Game Jam that started back in 2002.