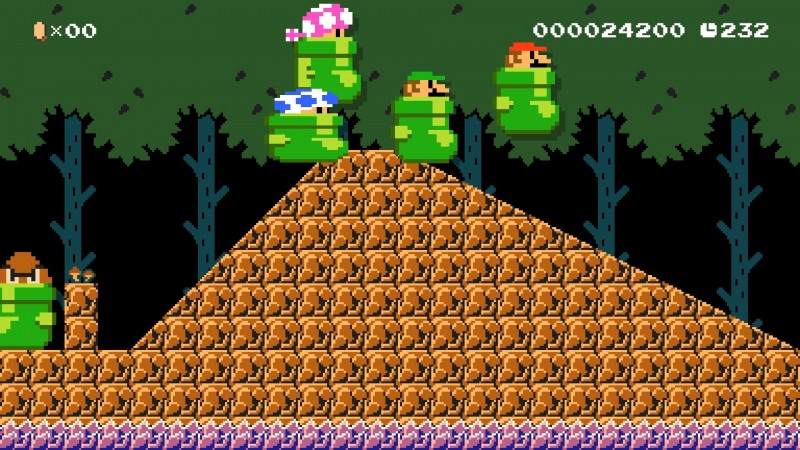 A few weeks ago, Nintendo revealed during a Super Mario Maker 2 event that the game’s new online multiplayer feature was going to be more limited than people expected. While the game had online multiplayer, it could not be played with people on your Switch’s friends list, at least intentionally, as Nintendo reasoned that such a thing would conflict with online leaderboards. Now, it seems like Nintendo has changed their mind and will be adding the capability in a future update.

During the Treehouse Live segment, a hands-on stream where Nintendo employees show off games to audiences at home, Samantha Robertson and Nintendo executive producer Takashi Tezuka were demoing the game. Robertson mentioned, almost offhandedly, that a future update will allow players to play with friends. You can see for yourself in the snipped Twitch clip below.

This means you can make multiplayer courses for you and your friends to play online, whether they be competitive tests of skill or cooperative romps.