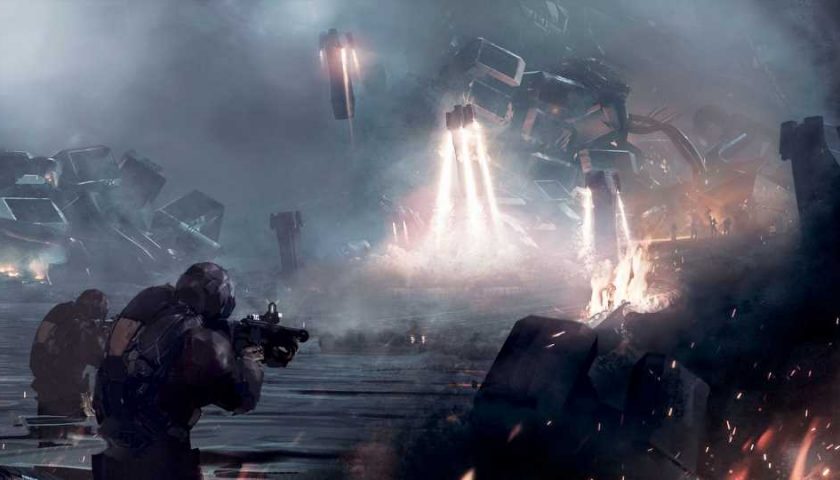 In 2013, CCP Games launched Dust 514, a multiplayer FPS set in the EVE Online universe. Released exclusively for the PS3, it was a fairly standard online shooter, but with some intriguing links to the developer's long-running space MMO—including letting EVE pilots on PC call in orbital strikes to help Dust players on the ground below.

In 2014, CCP revealed Project Legion: an attempt to bring Dust 514 to PC and expand on its connectivity with EVE Online. That project never materialised, however. Then the studio announced another FPS project in 2016, Project Nova, which I played an early prototype of. It reminded me a lot of classic, fast-paced shooters like Quake 3.

Now in 2022, CCP is trying its hand at the FPS genre again. At this year's EVE Fanfest—a celebration of all things EVE held in CCP's home of Reykjavík, Iceland—the company revealed that it was once again trying to combine multiplayer shooting and EVE's far future setting, New Eden. But this project doesn't even have a name. 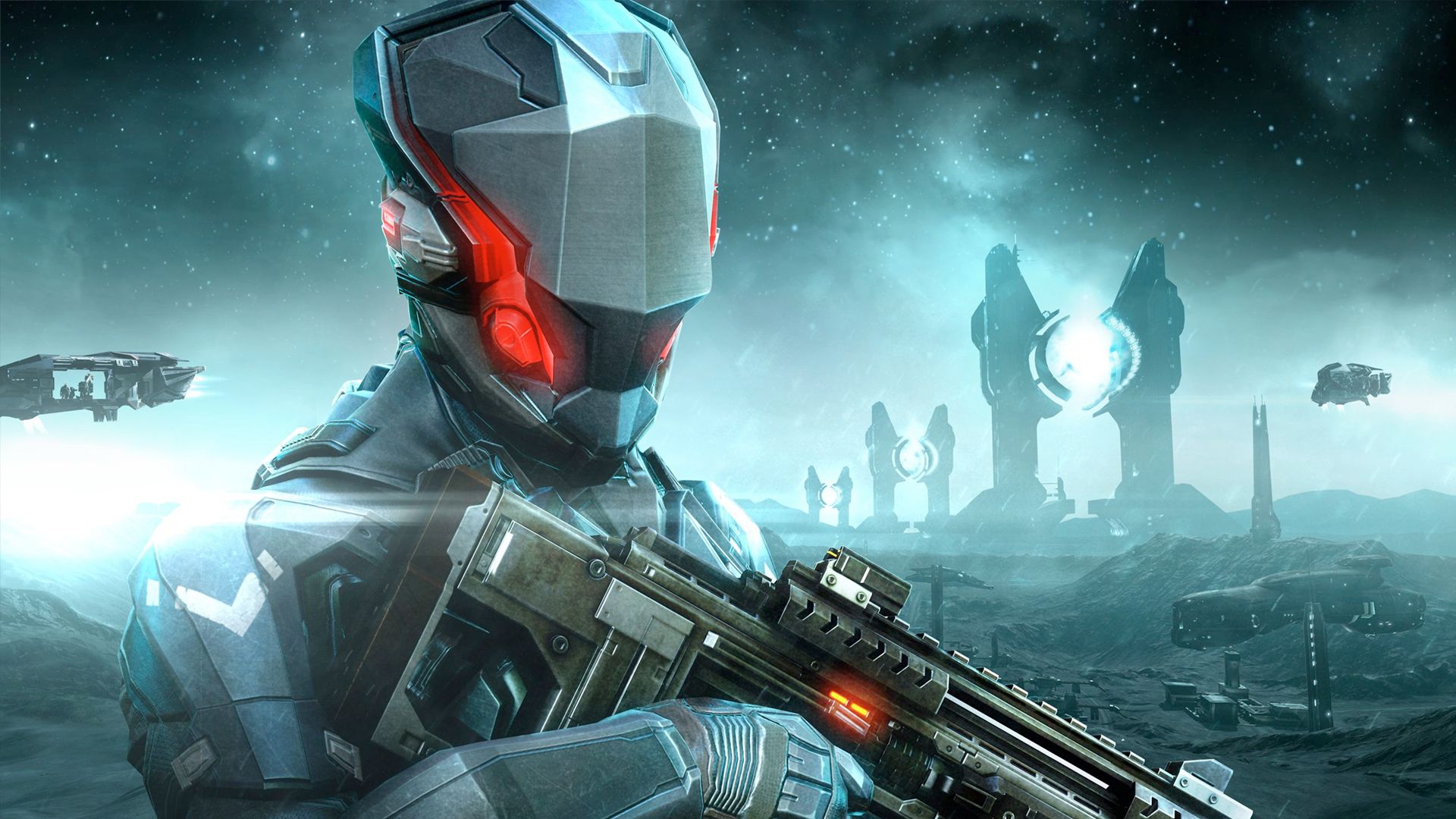 In fact, the official CCP line is that the game is unannounced—despite everyone at Fanfest being told it exists, and a sprinkle of supporting material including a bare-bones FAQ and some concept art. It exists, but it doesn't. Nevertheless, I sat down with CCP London's Adrian Blunt and tried my damndest to get some concrete information.

"We've made a very conscious decision not to talk about the game until we can show it," he says, in the first of several short, to the point answers about the game. "We want it to be fleshed out so we can really talk about it and share it with the world. We're chomping at the bit to be able to do that, but we're holding fast until then."

George Kelion, head of PR at CCP, chimes in, eager to reinforce the messaging. "Every week I get emails from the community about Dust 514 or Project Nova," he says. "It's still officially unannounced, but CCP London's FPS project is in a good enough place where we feel comfortable saying it's a thing we're working on."

Both these sentiments are echoed by a vague press release. "CCP London is working on an unannounced online tactical FPS game set in New Eden," it reads. "We're committed to offering an innovative multiplayer shooter with atmospheric visuals. We look forward to revealing the game when we're ready to do so." 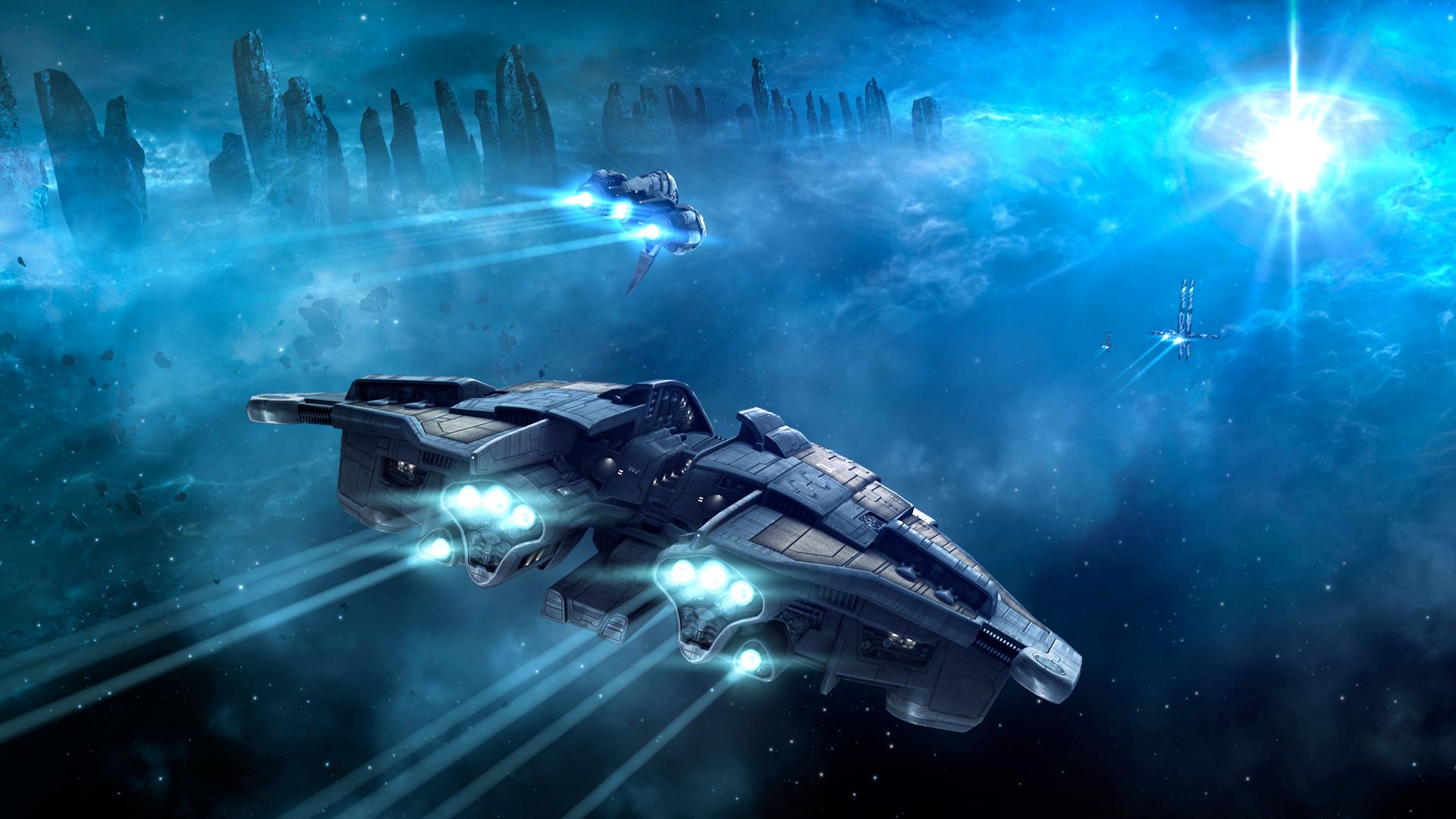 I'm in a weird situation here, interviewing one of the leads on a game that he, the studio, and CCP itself clearly aren't ready to talk about yet. Regardless, I press on. I ask Blunt about how much of this new game, if anything, is built on the bones of previous CCP FPS attempts like the aforementioned Dust, Legion, and Nova.

"We've learned a lot of lessons from previous games," he says. "We recognise that there is a huge opportunity for an FPS set in the EVE universe. We've learned from all of that, but this is an entirely ground-up concept." Well, that's something I guess. Whatever CCP London is creating, they're doing it from scratch. A fresh start.

I press Blunt on CCP London's repeated use of the word 'atmospheric' to describe the game, wondering if there's any more to it than just creating a sense of place or a specific vibe. "We're creating a really atmospheric game," he says. "Atmosphere is very key to what we're creating. It's going to have all the weight of the EVE universe."

Kelion adds: "Also, atmosphere is a word with multiple different meanings, wouldn't you say?" This throwaway line makes me wonder if the game will see players swapping between zero and simulated gravity, perhaps activating airlocks to blow other players out of them. All speculation of course, but it's a compelling idea. 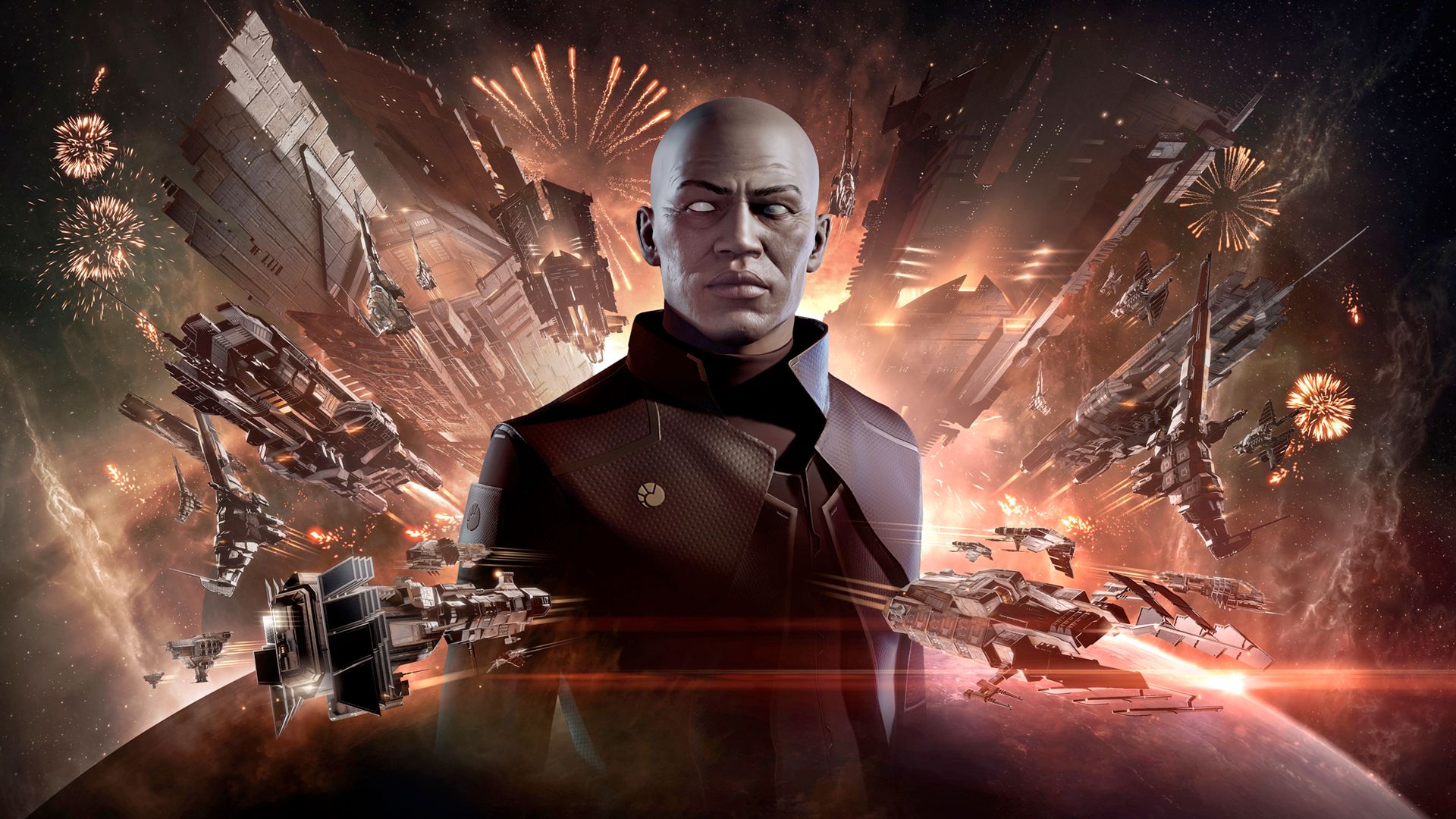 I don't get much else out of the developer. EVE Online is an almost entirely player-driven universe, and I ask Blunt if this FPS will tap into that. "In all the games I've made in the past, the most powerful stories are the ones made by players," he says. "So I think it's very important that this element is in the games we make."

I ask about how far along the game is, but all I get from Blunt is that it's very early in development, supposedly "in pre-production." Apparently CCP London is looking at what was done in Dust 514, but not aiming to make the same kind of game. "There's a lot of learning to be taken from that game without doing the same thing again."

Well, I gave it a shot. It remains to be seen whether this game will ever see the light of day, but I have high hopes. CCP's reluctance to explicitly reveal anything (or even announce it) suggests it's being a lot more careful this time. The studio has cried wolf a few times with regards to its FPS projects, and I wonder what fate awaits this one.