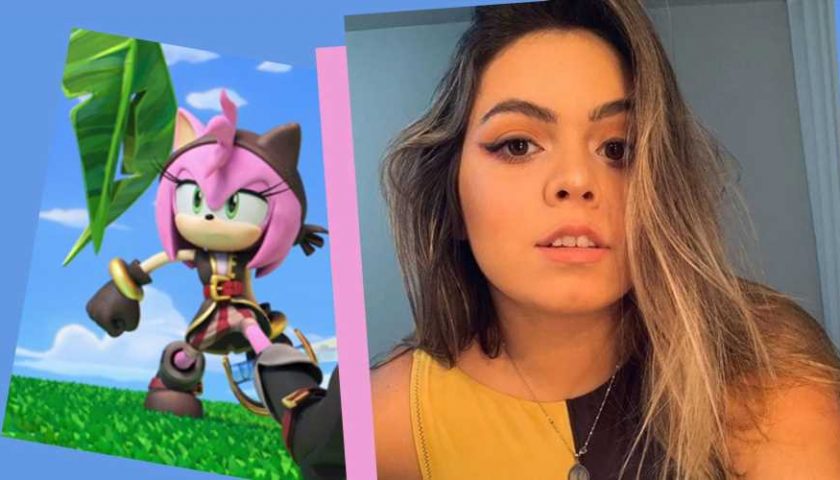 From Sonic X to Sonic Boom, voice actor Ana Lúcia Menezes had voiced Amy Rose in the Brazilian Portuguese dubs of the cartoon spinoffs. Yet sadly, she passed away in 2021 at the age of just 46, having suffered a stroke after a second Covid-19 infection. This left Amy without a voice actor for Netflix's Sonic Prime, with the studio having to find a new performer for the first time since Sonic X in the 2000s.

However, as tragic as the circumstances were, we now know that their choice of a new actor couldn't be more fitting. As spotted by Brazilian Sonic fans, the new voice of Amy in the region is none other than Ana Lúcia Menezes' daughter, Bia Menezes. Fans are delighted to hear Bia in the role, praising her performance, saying that it's a beautiful tribute to her late mother.

"We win!" writes Twitter user, @mesmodubsbr. "Sonic Prime premiered dubbed today, and in it we finally have the happy confirmation that Bia Menezes is the new voice of Amy Rose!"

"Her daughter Bia Menezes is doing an amazing job too, her mom would be proud," says user @MationMiss, sharing a tribute to the late Ana Lúcia.

Bia appears to have taken over her mother's voice acting duties in other productions too, such as the anime series Black Clover. This is on top of Bia being an accomplished voice actor in her own right, appearing in dozens of other anime dubs.

The full first season of Sonic Prime is available on Netflix now.