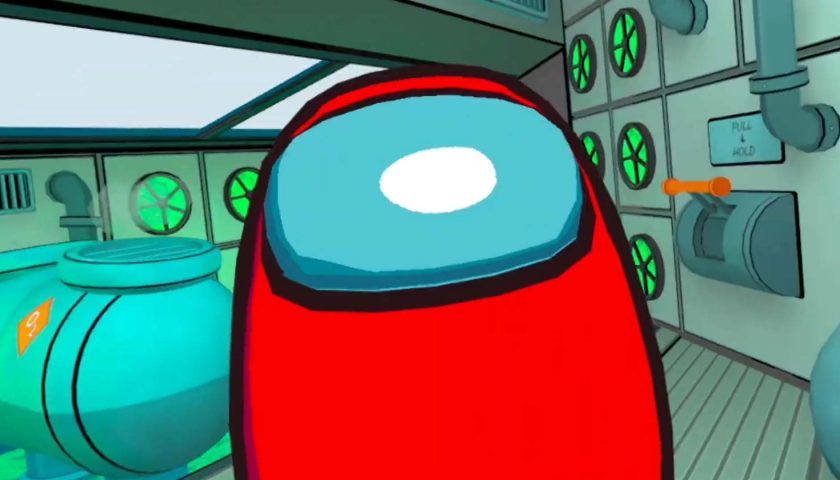 Among Us VR is coming to Quest, PSVR and PC VR sometime in the future. Discuss!

The VR adaptation of the incredibly popular multiplayer game was just revealed during The Game Awards. The new version of the game is being developed by I Expect You To Die and Until You Fall studio, Schell Games, in collaboration with Robot Teddy and original developer, Innersloth. Check out a brief announcement trailer below.

Among Us VR Announced

As the trailer shows, this is a full 3D conversion of the game. In Among Us, players compete in a virtual whodunnit – each is a member of a spaceship crew that’s set various tasks to complete around the environment. One player, however, is an imposter that must kill the rest of the crew without being spotted. Players can report dead bodies and discuss who they think is the murderer.

The game’s proved to be an enormous sensation over the past few years. Schell Games wouldn’t confirm if this version of the game would support cross-play with the 2D version at this point in time. There’s also no specific release window, but hopefully we’ll hear more about the release sometime in 2022. For now, we do know that the game will support 8 – 10 player matches.

This isn’t the first take on Among Us we’ve seen in VR; fans made an unofficial clone of the game inside VRChat a few years back.

What do you make of Among Us VR? Will you be picking the game up? Let us know in the comments below!