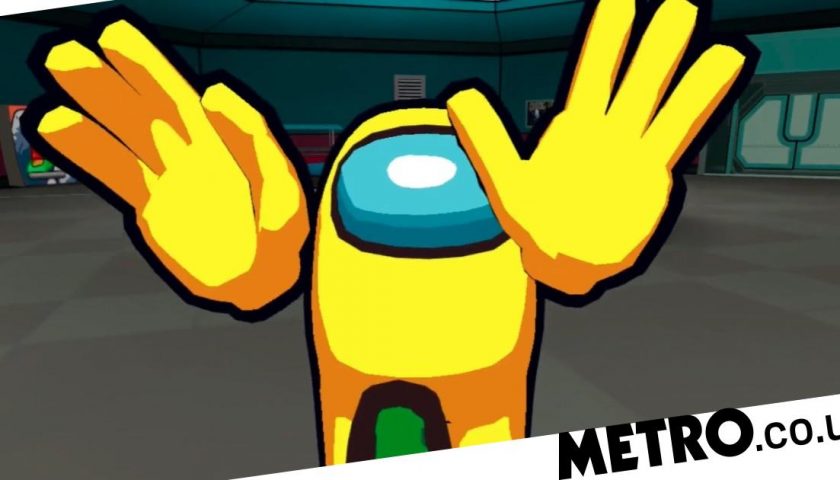 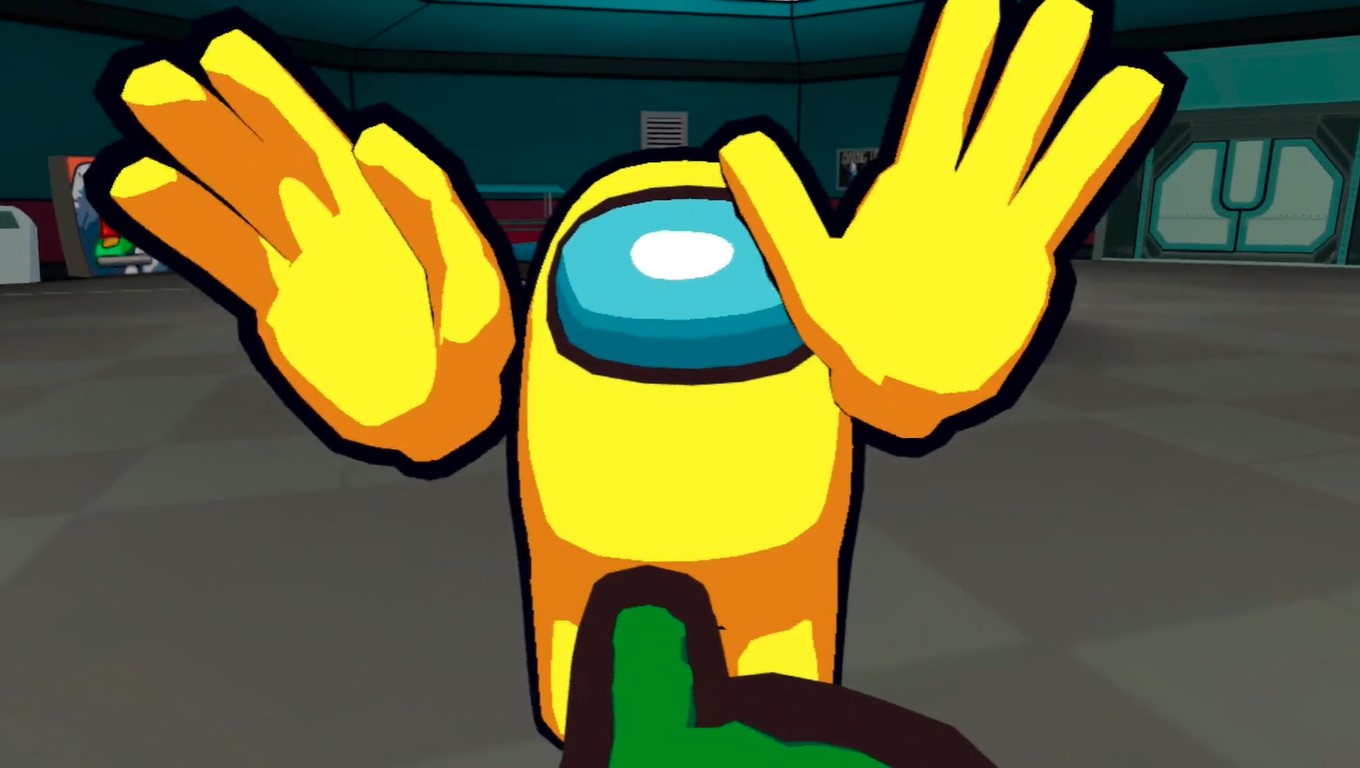 GameCentral speaks with developers Innersloth and Schell Games about turning Among Us into a virtual reality game.

Few games have achieved success quite like Among Us. Originally released in 2018 to a muted response, the social deduction title was transformed into a household name by Twitch and YouTube personalities two years later, at the height of the pandemic. The unexpected rise derailed developer Innersloth’s plans for a sequel, and they’ve since dedicated their efforts to updating and expanding the original so that it’s available on every platform under the sun.

Among Us VR is the last logical step to multi-platform domination, although it’s one that promises to be more creative than your standard port. A collaboration between Innersloth and Schell Games, the studio behind VR titles like I Expect You To Die and Until You Fall, Among Us VR is designed as its own separate experience which isn’t compatible with other versions.

‘[We had] a lot of discussion about doing cross-play with the original Among Us but what we realised was, necessarily, the VR play does have to be a little different,’ says Jesse Schell, co-founder of Schell Games.

‘We realised that to be able to balance between the two games, it was unlikely that we were going to be able to make that feel right. We realised we would have to water down the VR version if we were going to completely connect it and it wasn’t feeling like the right thing to do. It felt like, no, we should let it be its own game and that way it can have its own game balance and not be restricted by trying to map exactly to the original game.’

A big reason behind this, according to the developer, is the communication systems in Among Us VR. Unlike the original, which offered text chat during meetings and relied on players using external platforms like Discord if they wanted voice communication, Among Us VR utilises the microphone on VR headsets for an entirely verbal experience for up to 10 players.

‘That would have made it hard to translate across,’ adds Schell. ‘Not everyone’s going to want to use the microphone-based system, so we’re looking at having different modes of communication in the game but trying to make it as VR-friendly as possible.’

For some, Among Us VR is already a virtual reality game. Since the original hit the stratosphere in 2020, fan-made versions have circulated in VRChat, a virtual world platform dominated by community mods and creations. One mod by developer Jar recreates the original map in Among Us, The Skeld, in a 3D space and already works fine in VR – albeit with human-sized crewmates instead of the cutesy bean-like humanoids of the original.

The developers looked at some of these fan-made takes ‘just to see what people were playing around with’. The secret sauce to Among Us they emphasise, however, lies in the subtleties of the original’s personality and pace, rather than a copy and paste translation of the formula.

‘It meant the maps had to be different, the characters needed to be presented in a different way, the mini-games needed to work in a somewhat different way so that you really have the feeling that it’s real Among Us but I’m in it and I’m doing it with my own hands in VR. A lot of the biggest challenges had to do with moving through the spaces and the way all of that feels.’

Some of these differences are clear in the gameplay trailer that debuted at the Meta Quest Gaming Showcase, featuring wider pathways and spaces for navigation, observation points through grates, and maze-like routes designed to disorientate and second-guess player motivations.

However, the developer is reluctant to give away exact details on the finer changes. The overarching sentiment – across the map design, tasks, and various roles – is they’re aiming for something that’s as ‘familiar as possible’ despite any necessary adjustments. The map, for example, has to accommodate a switch to 3D and a first person perspective, so providing opportunities to hide and creep around corners became a high priority.

With built-in voice communication, some roles like ghost crewmates (those who have been killed by an imposter but can still perform tasks) posed some design opportunities. ‘One of the most different aspects to the VR version is the ability to communicate with voice and that opens things up. It asks all these questions: how should that work with the ghosts? What can and can’t the ghosts hear? And who can and can’t hear the ghosts? We’re really trying to keep the ghost play as similar as possible but at the same time we’re potentially looking at some surprises.’

One of the challenges for Among Us VR is ensuring it’s suitable for the original’s young demographic. While the premise is directly inspired by John Carpenter’s The Thing, Among Us leans into cartoon violence to soften its dark and deceptive side. As anyone who has played Resident Evil 7 or Half-Life: Alyx knows though, virtual reality heightens horror to an alarmingly uncomfortable degree.

‘Some of our early versions, it was too scary,’ says Schell. ‘We were really in slasher movie horror land and we were like, OK that’s too much. We need to back off on that. So we’ve been finding the right ways to get the cartoony fun without having it feel like you’re living in a horror movie. This is a really careful balance because Among Us is cartoony but at the same time, what works about it is this kind of subversive quality. It looks so cute but really you’re doing these horrible, sinister things.’

Among Us VR has a release window of Christmas 2022 – so there’s still time to balance and fine tune the details. ‘Our big goal has been trying to preserve that essence but to make it deeper and richer. We want it to feel totally Among Us but also make it totally VR at the same time.’

When asked about the possibility of a full sequel ever returning to the table, Victoria Tran, community director at Innersloth, was amused. ‘No Among Us 2,’ they say with a laugh. ‘That was a dream, that’s gone now. We’re just dedicated to working on Among Us and making sure that no matter what platform you’re playing on, it’s the experience that you love and [that we’re] also keeping it fun and interesting because we’re so grateful to the community for picking it up.’

If there’s no possibility of a sequel, the success of Among Us feels like an obvious candidate for spin-off expansion. Cuphead, Minecraft, and It Takes Two have all either received TV or film projects already or have them in the works. Among Us has branched out into a manga, but the studio hasn’t pushed beyond that yet.

Asked if the team has considered branching out into other mediums like TV or film, the same amusement came after a pause. ‘I will say that it seems cool and the team would be interested,’ says Tran. ‘But that’s all I can say about that.’

Among Us VR is scheduled to be released on Oculus Quest2, Steam VR, and PlayStation VR later this year.