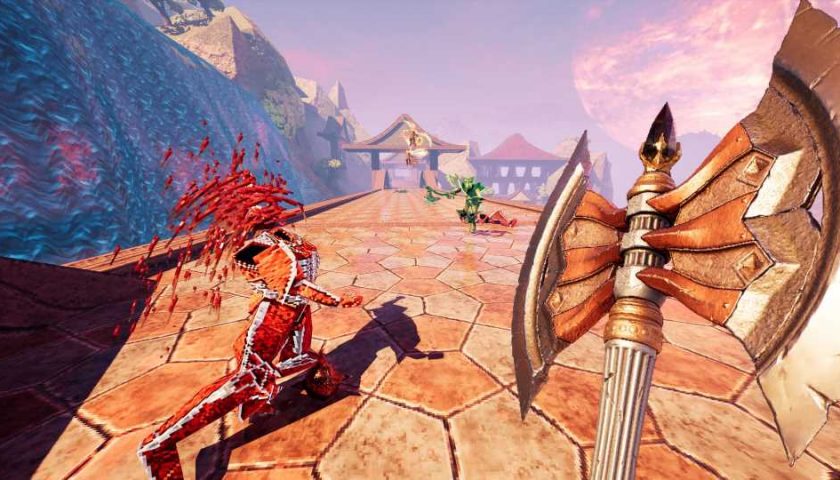 Publisher New Blood Interactive is working on a VR version of its popular retro-style shooter, Amid Evil.

A teaser clip from the game was shown during New Blood’s section at yesterday’s PC Gaming Showcase, and developer Andre Elijah has since shared a better look below. The clip shows a player flipping an axe in-game before using it to split an enemy in two. Check it out below.

The original version of Amid Evil, developed by Indefatigable, was released in 2019. In the game, players travel across seven worlds, each with its own unique weapon, to battle demonic forces. The game is heavily influenced by classic 3D shooters like Quake, and has a visual style to match.

The VR version of the game has reportedly been in development for a while, but New Blood isn’t ready to reveal much more information just yet. It’s not clear if this will be an update to the original game or a separate release, for example. The original game is also getting a full prequel called Amid Evil: The Black Labyrinth, and it’s not clear if this could be getting VR support too.

Platforms haven’t been specifically confirmed, though Elijah did hint at the possibility of a Quest 2 version. It’s too early to definitively say where it will end up, but PC VR headsets are likely a safe bet.

We’ll let you know more about the game as soon as we have it. Are you looking forward to Amid Evil VR? Let us know in the comments below!