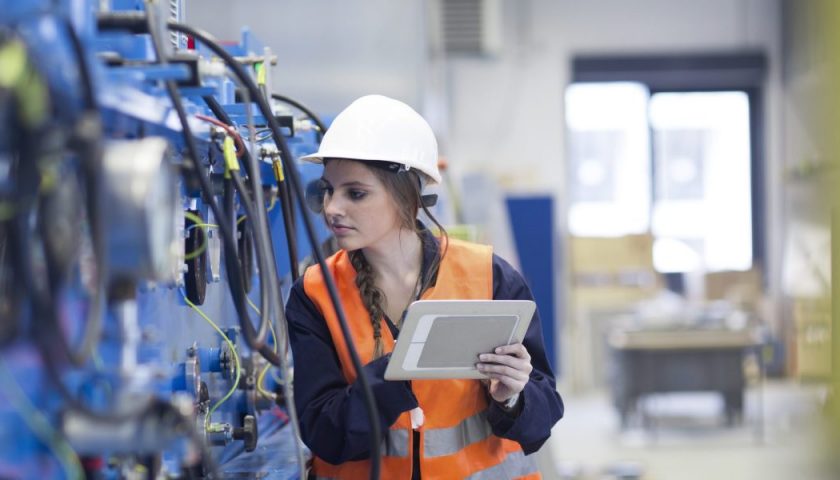 Ambi Robotics, an Emeryville, California-based startup developing supply chain automation hardware, today announced that it closed a $26 million series A round led by Tiger Global Management with participation from Bow Capital, Vertex Ventures US, and The House Fund. The company says that the funding, which brings its total raised to more than $36 million, will enable Ambi to scale its team, operations, product, and customer support offerings.

The U.S. is experiencing a 22% year-over-year increase in packages shipped annually, leading to sky-high demand for warehouse workers to support the growth. Several companies with heavy warehouse footprints reported labor pressures in the first half of 2021, as employment in the sector slumped. Increasingly, a number of these companies are looking to automation to fill the gap — one source predicts the warehouse automation market will be worth $30 billion by 2026.

Ambi, formerly known as Ambidextrous, was cofounded in 2018 by five roboticists at University of California, Berkeley with expertise in robot grasping and manipulation. Among them is Ken Goldberg, a distinguished professor and chair of the industrial engineering and operations research department at UC Berkeley who’s published over 170 papers on algorithms for robotics and automation.

Ambi recently rebranded and emerged from stealth in March of 2021. Since then, it’s made progress with a team of 18 people, which it expects will grow to 25 by the end of the year. 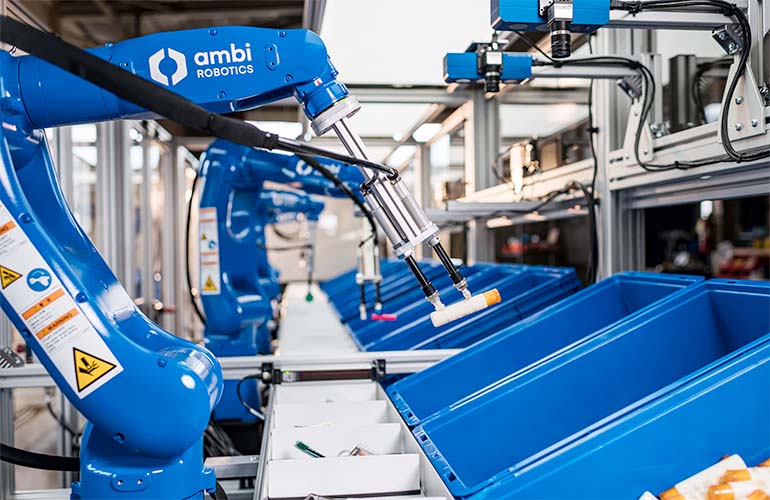 “The pandemic shifted consumer behavior from in-store to online, especially with the closing of brick and mortar stores. While ecommerce volume was already on the rise, the adoption of automation was accelerated as companies needed to expedite fulfillment with reduced labor due to distancing, health and safety standards,” Jim Liefer, CEO, told VentureBeat via email. “On day one, Ambi AI-powered robotic systems can pick and place a wide variety of parcels including bags, boxes, and envelopes of various shapes and sizes, working collaboratively with humans to double throughput over existing manual processes.”

Ambi has an interesting history. Goldberg, a professor at UC Berkeley, has been researching robot grasping robot for 35 years as an academic. After a breakthrough on a system called Dex-Net, he and Jeff Mahler, a former doctoral student, set up Ambi in 2019, along with other scientists and engineers from the university.

Dex-Net, short for Dexterity Network, is an AI system that trains on thousands of images of 3D models of objects. Using deep learning, the system scans the data and uses algorithms to learn the best way to pick up the objects.

According to a report in The Information, Goldberg presented the technology to Amazon founder Jeff Bezos during a private robotics and AI event in Palm Springs, California in 2018. Amazon later made a move to obtain it, but Ambi ultimately rebuffed the company.

Robots as a service

Today, Ambi combines AI, simulation, and modular hardware to build dexterous robotics that scale with companies’ operations. The company’s products, AmbiSort and AmbiKit, together deliver a multi-robot system that builds unique kits from item sets and an operating system that “teaches” robots to pick and pack millions of items.

With AmbiOS, Ambi claims its robots can be adapted to different processes, products, and packaging on the fly. Using “end effectors” like suction cups, Ambi machines can pick, scan, insert, place, and pack items they haven’t seen before — and continue to improve in their abilities from data collected on the job. AmbiOS, which is built on Dex-Net, can also analyze data on productivity, utilization, item dimensions and weights, and more, identifying “pick points” on items in cluttered environments like bins, conveyor belts, and floors.

As for AmbiSort, the robotics system, it can sort boxes, polybags, and envelopes from chutes, totes, and bins into mail sacks and totes over 50% faster than human workers, Ambi claims. The robots make adjustments based on item shape, size, and material, and can be configured to fit existing processes and workflows without damaging things like bags or shelves.

Ambi competes with AMP Robotics, Covariant, and Soft Robotics, among others. But Leifer says that Ambi began generating revenue through commercial deployments in October 2020, installing systems prior to the peak holiday buying season.

“Publicly, we can discuss that we are working with Pitney Bowes as we deploy AmbiSort systems across their U.S. hubs,” Leifer said. “With the recent funding, we will continue scaling our fleet of AI-powered robots across the U.S., while growing the team further in 2022 to support that rapid growth.”

Ambi has a “strong pipeline” of new customer deployments and existing customer expansions, Leifer added, with hundreds of warehouse associates across the U.S. working alongside Ambi’s systems. Customers pay upfront for the robotics units and then pay a monthly subscription cost for use of the software.