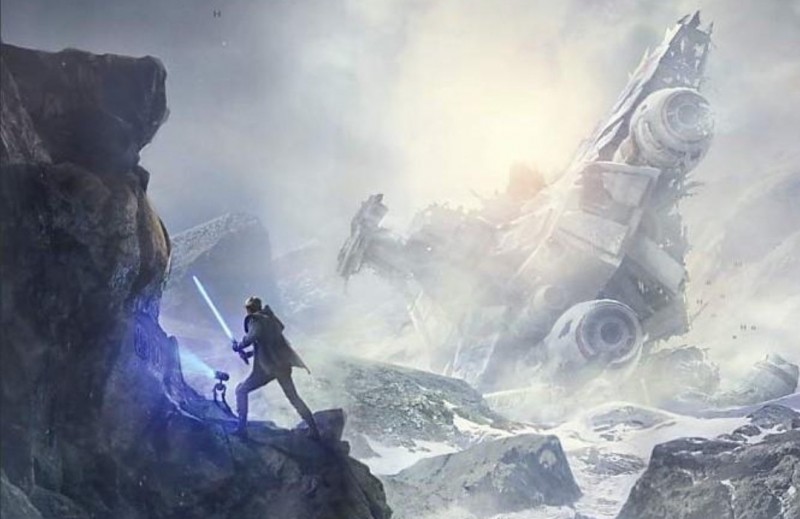 As we patiently sit and wait for Jedi: Fallen Order to be revealed this Satuday, it is taking a lot to not want all the information about the game right now. While the title is still officially unrevealed until this weekend, Amazon has accidentally posted a t-shirt design with references to the game’s poster having been revealed. It hasn’t, so Amazon hit the live button a little early.

The poster doesn’t really show much beyond what you’d expect. There’s a Jedi, they have a lightsaber, and a crashed starship appears in the background. It looks like it might be the front piece of a Star Destroyer but it’s a little hard to tell. There also appears to be a side droid with the Jedi that looks a lot like Metal Gear Mk. II.

Concept art could also be irrelevant to how a final game ends up or just set a tone without worrying about specific stories or characters. Based on what Vince Zampella said at E3 last year, the game will take place between the original trilogy and the prequels.