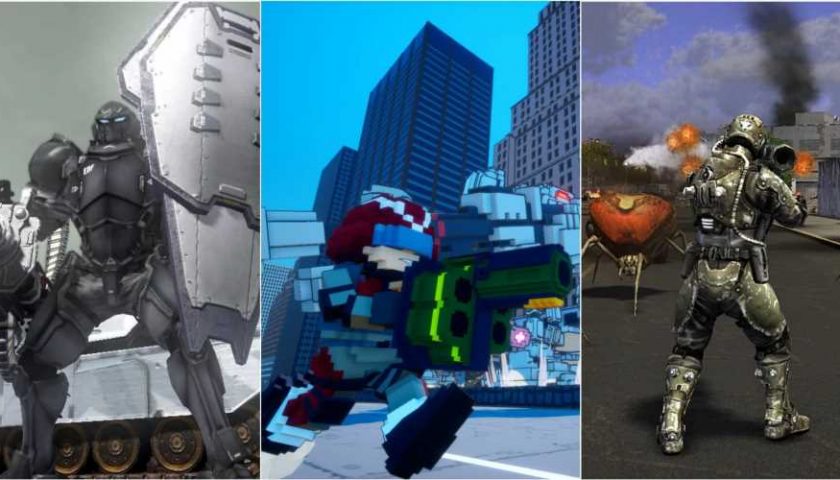 The Earth Defense Force games are iconic third-person shooters, and throughout the series' multiple titles, one thing is certain: you are tasked with defending your home planet from some interesting and dangerous creatures. Each game delivers an alien invasion of epic proportions.

You take on the role of a GDF Commander and order your units to fight the Invaders. The game has plenty of missions, with 50 stages as GDF and an additional 50 to unlock where you play as the Invaders. Unfortunately, each stage is a bit repetitive with only an increase in number of units on the battlefield delivering any extra challenge. 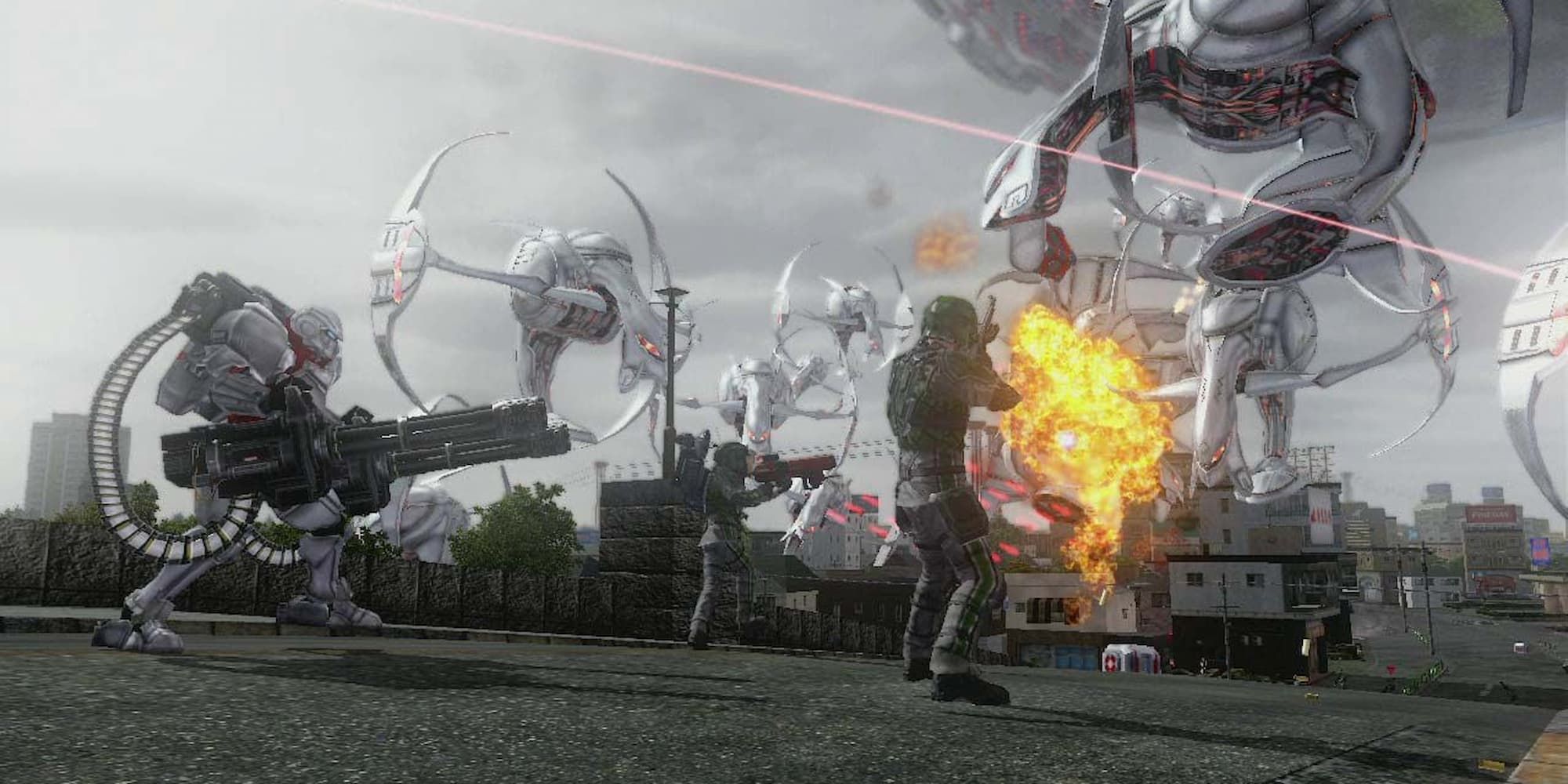 Earth Defense Force 2025, or Earth Defense Force 4 in Japan, is the fourth main entry of the series and the first to be given an M for Mature rating. It provides four EDF classes, armor color customization, and a whopping 788 weapons to choose from.

It was a step back in the series as many fans were excited about the mass of options provided, but felt the use of those options was very limited. Quality over quantity was missing from EDF 2025. Although it did receive a reimagining in 2015 known as Earth Defense Force 4.1: The Shadow of New Despair, that had long-time fans falling in love with the series all over again. 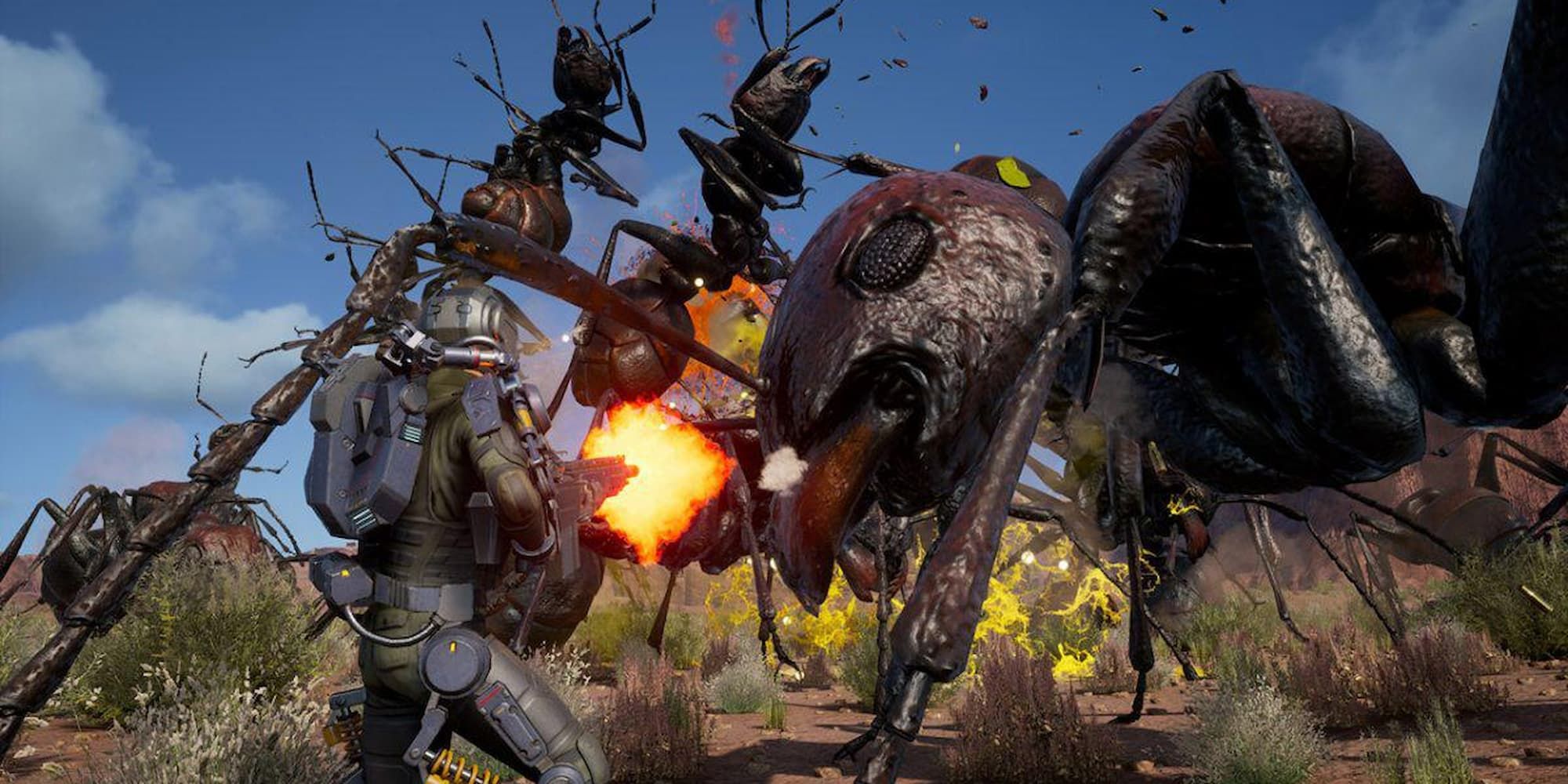 Earth Defense Force: Iron Rain is a spinoff released in 2019 for the PS4 and Windows PC. It retains the third-person shooter style, but provides a more serious tone. Everything else about it is basically the same as the main EDF series.

There are four soldier classes that can be either male or female, and it has the same ammo system from previous games — near infinite ammunition with reloading being the only limitation on firing a weapon. It is a straightforward spinoff with a five player co-op campaign and a PvP mode. 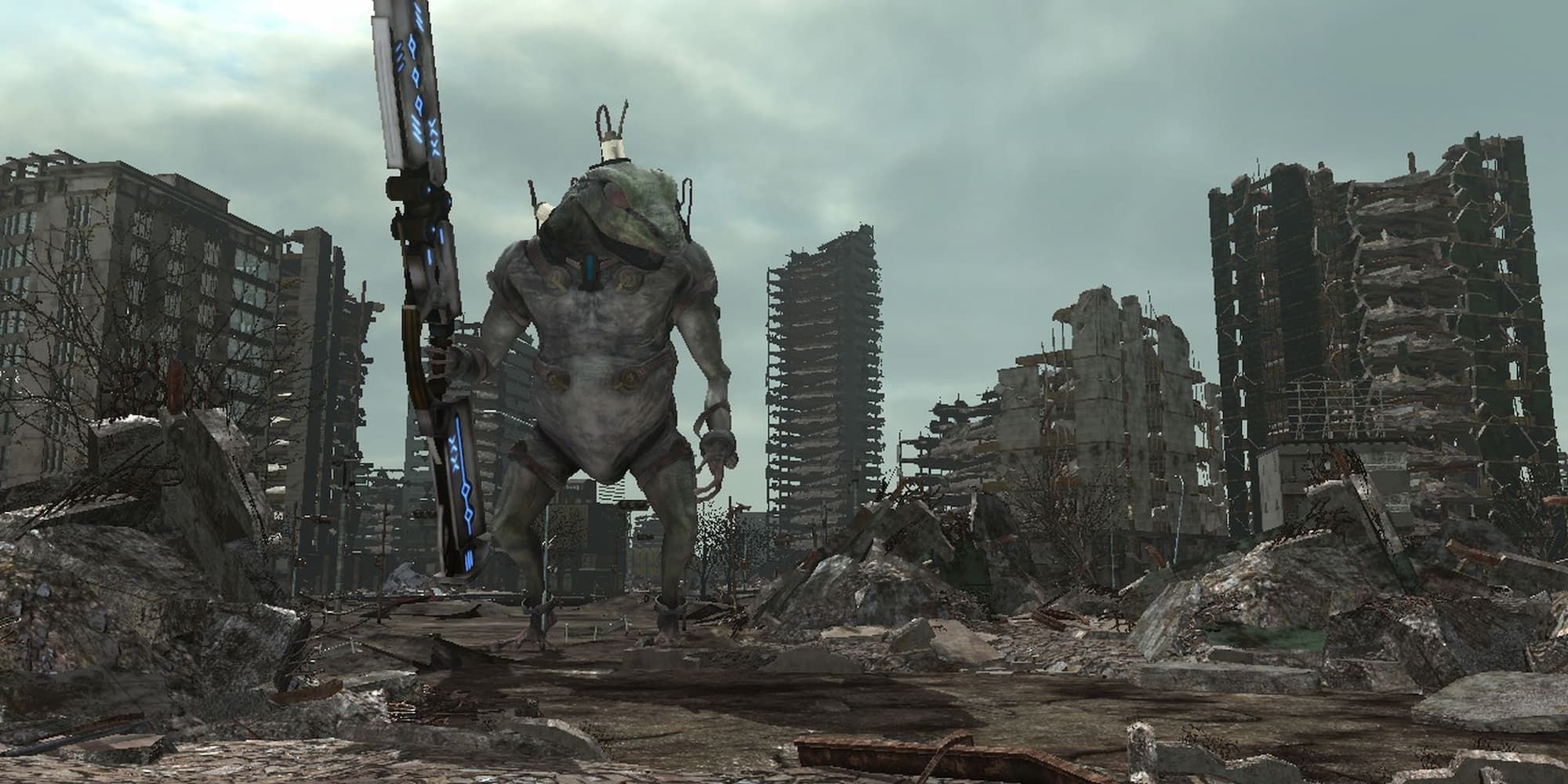 Earth Defense Force 6 is the direct sequel to its predecessor, EDF 5. It takes place three years after where Earth is in ruin. There are new threats and a timeline incursion that sees the main characters take the place of EDF 5's main group.

It gets a bit a weird and confusing in terms of the story, but the gameplay is the same EDF we all know and love. The whole thing is a very interesting concept. You have to play a few missions that are exactly the same as EDF 5 before the timeline begins to change, which introduces even more chaotic time travel elements. 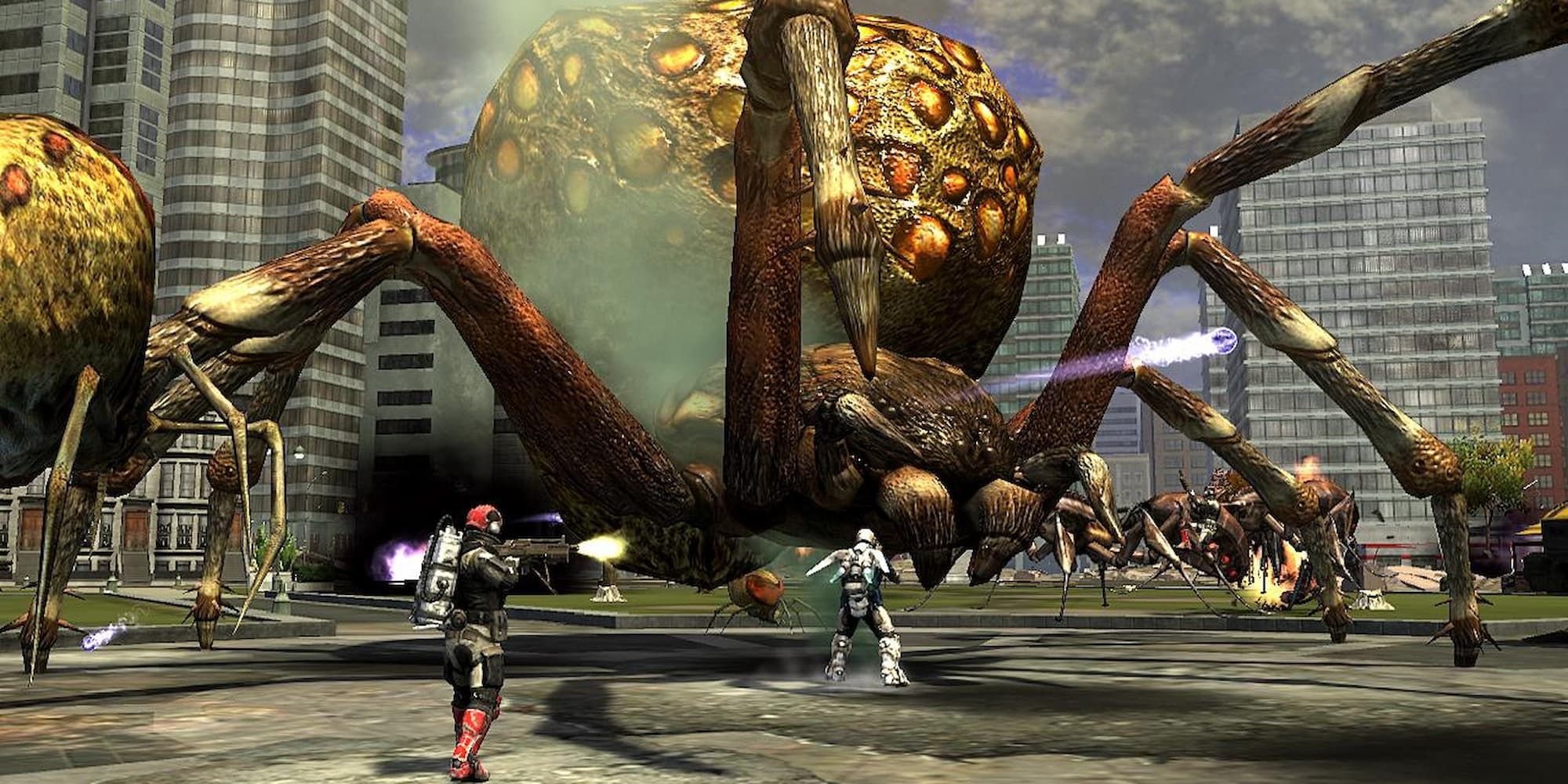 The fourth EDF game ever made is perhaps the one Americans are most familiar with. The spinoff and non-canon entry of Insect Armageddon was the first title in the series for PC, and the developers stated it was created with a concept of "What if Americans made an EDF game?"

Related: The Best Insects In Video GamesThere's no connection to the main series at all, but Insect Armageddon is a blast. It still showcases aliens invading the planet and attacking with bioengineered bugs. The gameplay and missions, however, deliver some of the best arcade-style shooter fun of the early 2010s. 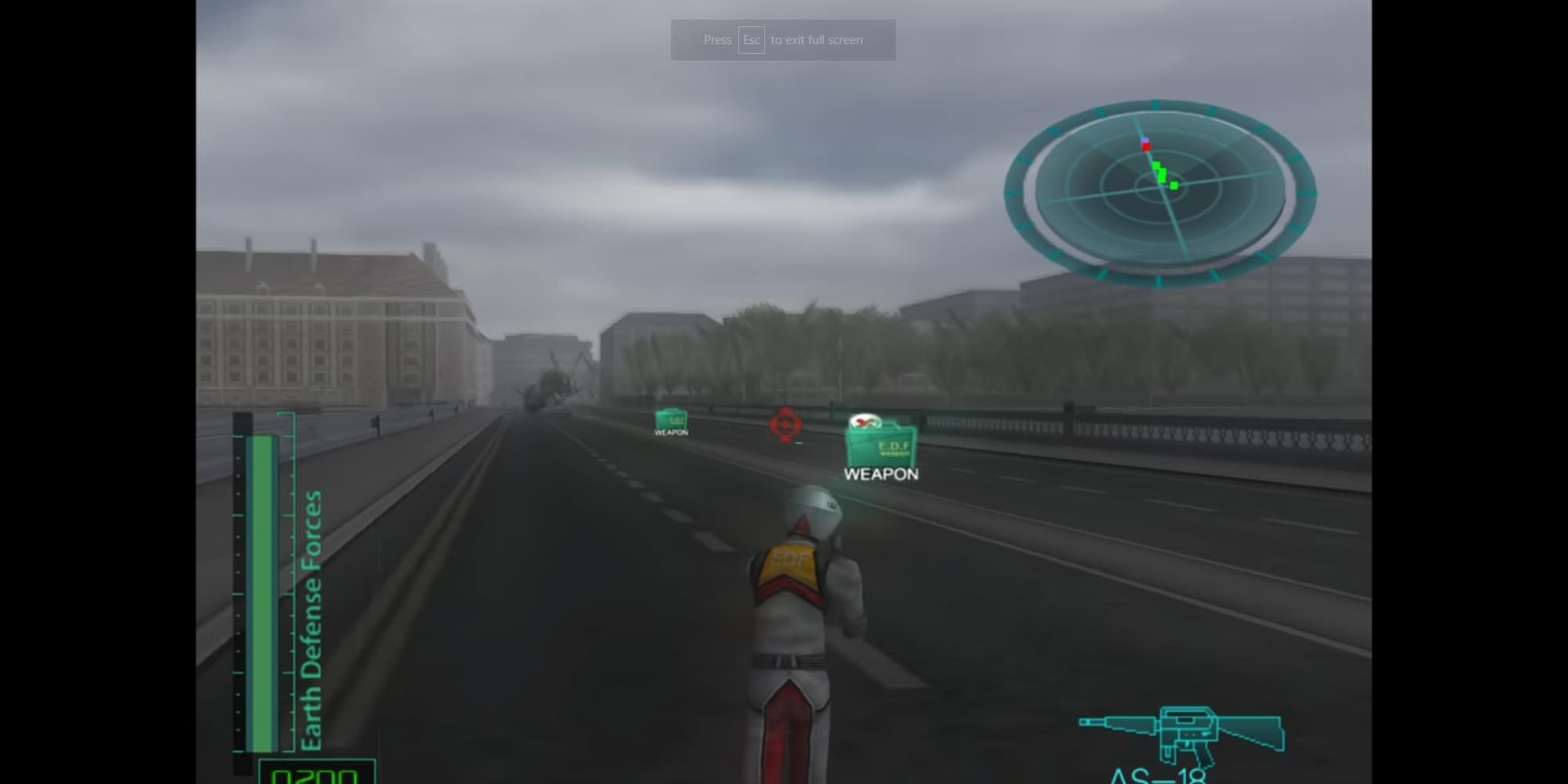 The second title in the Earth Defense Force series is Global Defence Force. It is much simpler than other entries, but that's what made it successful. You can pick between a foot soldier or one with a jetpack to take on waves of mechs and gigantic insects.

The original GDF set the precedent for what Earth Defense Force would become. There are wide open areas for battle, progression from basic ants to massive lizards, and a variety of weapons that make saving the Earth from the Invaders a unique experience. 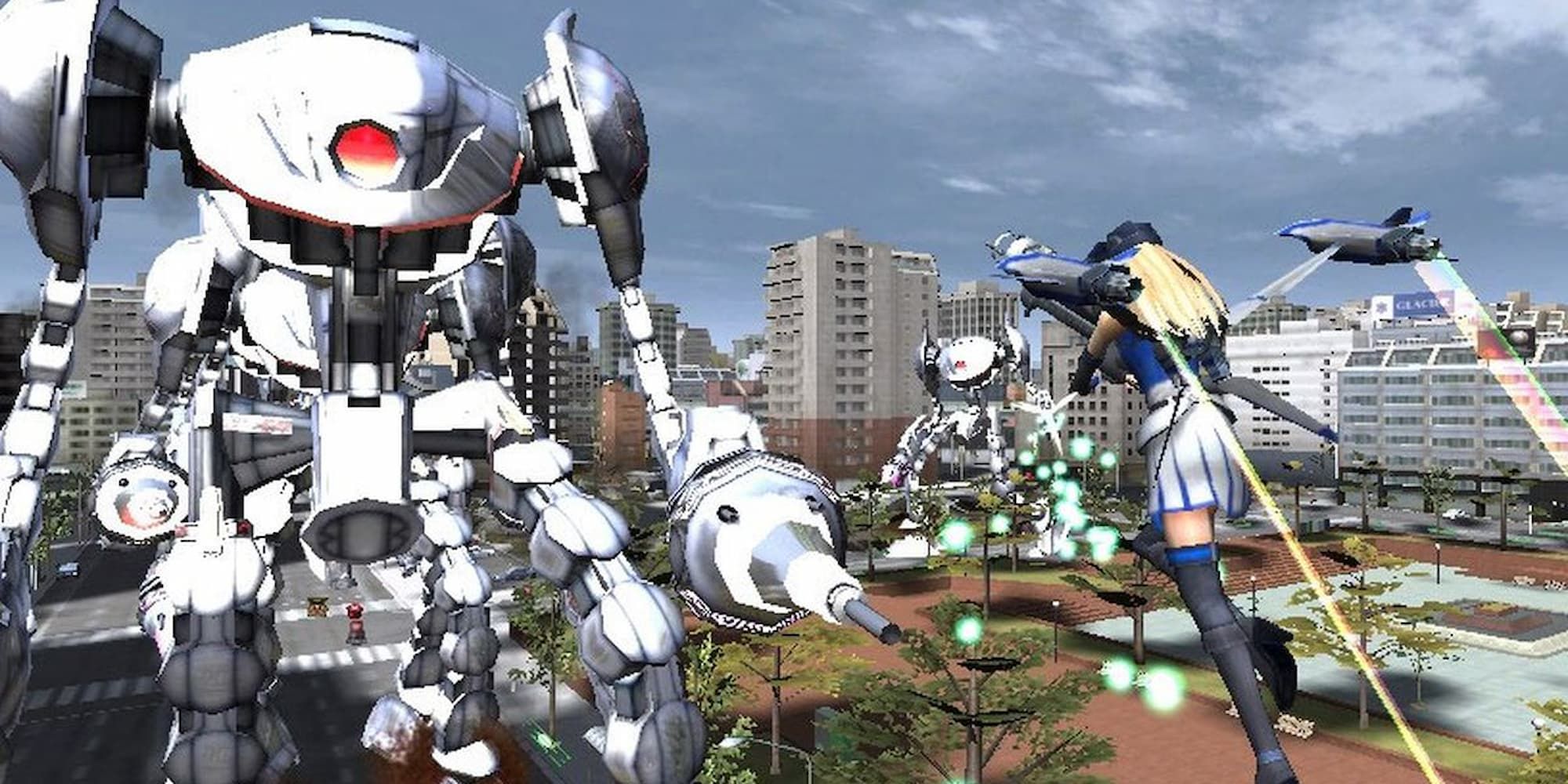 It is essentially considered a remake of Monster Attack because of the backstory, but there's much more to do in EDF 2017. You get to take on the queen, board the alien mothership, and destroy it. The sense of urgency and scale of the battle in this one makes it feel like a movie. 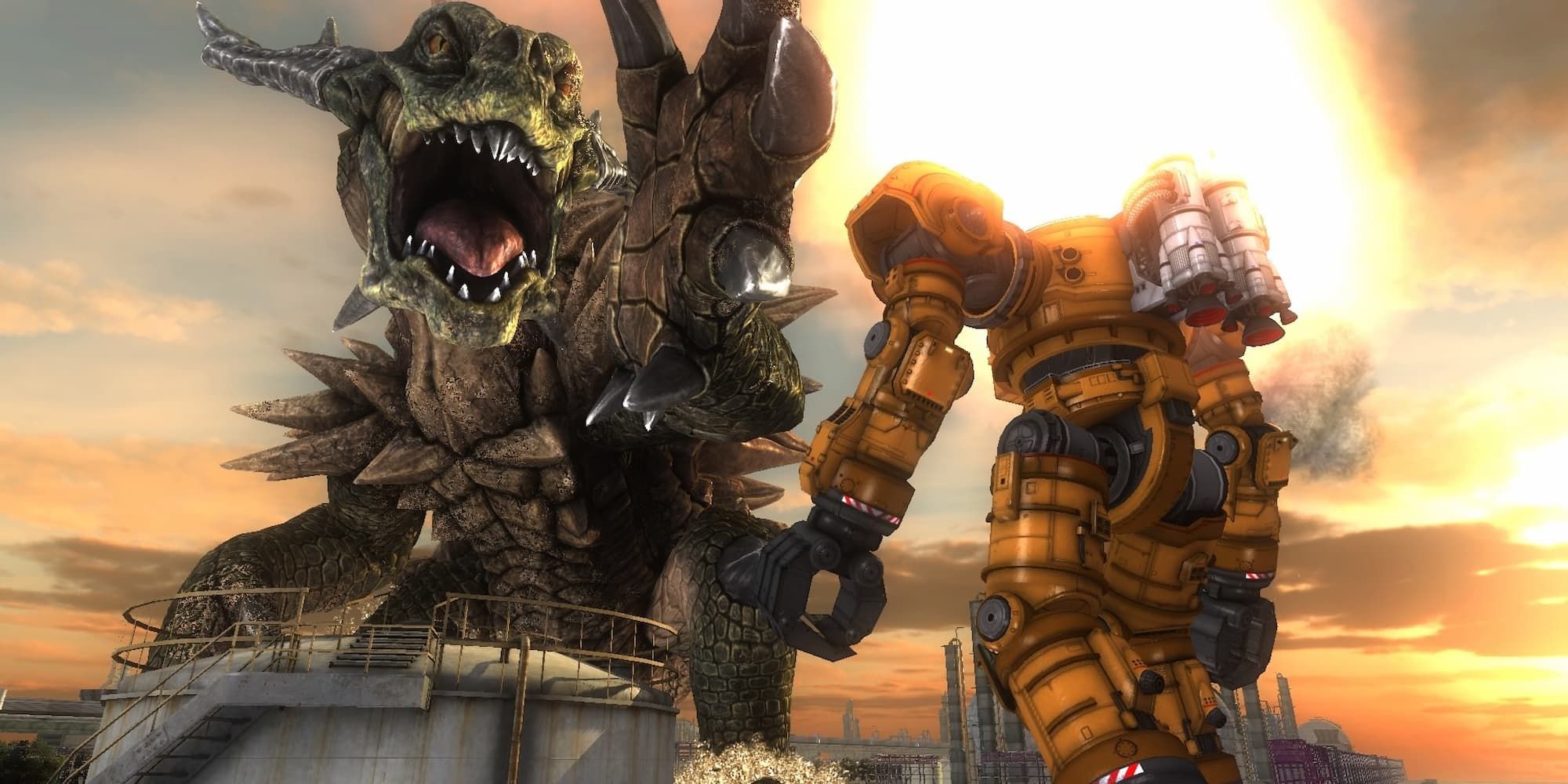 There's no doubt that Earth Defense Force 5 is the best of the series. It steps away from the continuity of previous games and starts its own. The EDF gets their first taste of action in the year 2022, starting a new story with tons of replayability.

The title comes with the most weapons in any EDF game. Including DLC, it reaches nearly 1200. The soldier classes remain the same from previous entries and the gameplay isn't much changed, but many improvements were made. Vehicles are much easier to control, gear drops are more inline with the level's difficulty, and there are over 100 missions with medals given for completion.