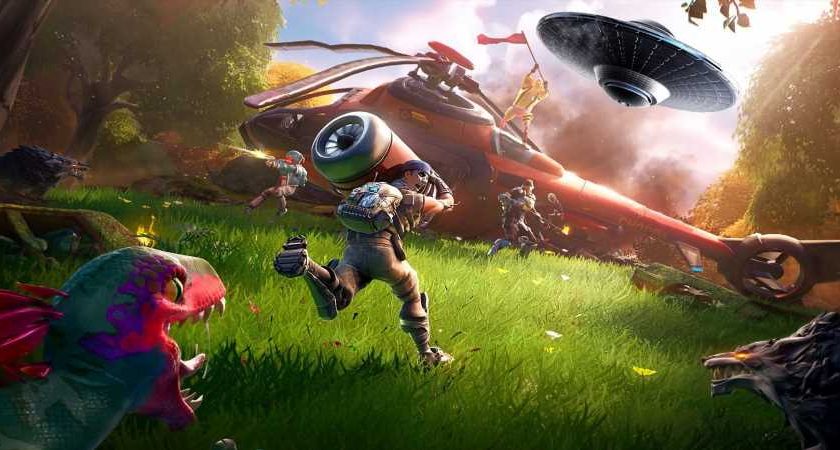 Fortnite players have not only spotted UFOs in the sky above the game but some of them have actually been abducted.

Fortnite’s second chapter is nearing its seventh season and the game’s ongoing narrative is about to evolve yet again. Epic has been teasing the arrival of aliens in-game via crop circles and mysterious messages for a while, and now the extraterrestrials have arrived. More and more players are reporting that the UFOs are descending on Risky Reels and abducting them.

Unfortunately, even when abducted players still aren’t getting a look at these aliens or the inside of the UFOs they’ve used to travel to the island. The beam used to abduct them gets brighter and brighter, eventually becoming so blindingly white that you can’t see a thing. The next thing you know, you’re lying on the grass somewhere else on the map with no memory of what happened or how much time has passed.

You can check out what the whole process looks like in the clip above. Take a good look because according to FortTory, the odds of being beamed up right now are extremely slim. You might have to wait for a potential full-blown alien invasion before it happens to you. On the bright side, if you head to Risky Reels right now it will probably be filled with players staring up the sky, ripe for the picking.

The gradual arrival of UFOs and aliens seems to be building to the Primal season’s climax, or the opening of season seven. Season six is scheduled to end on June 7, 2021, with the new season beginning the following day. Epic usually has some sort of grand show planned. The start of season six was marked by Agent Jones traveling to the island and recruiting The Foundation, the newest member of The Seven to be introduced.

Speaking of The Foundation, it has been relatively quiet on that front since the new character was first introduced at the start of the season. Many believe The Foundation is voiced by The Rock, a rumor that was compounded further when documents in the Epic vs.Apple trial revealed there are plans to add the wrestler-turned-actor to the game.