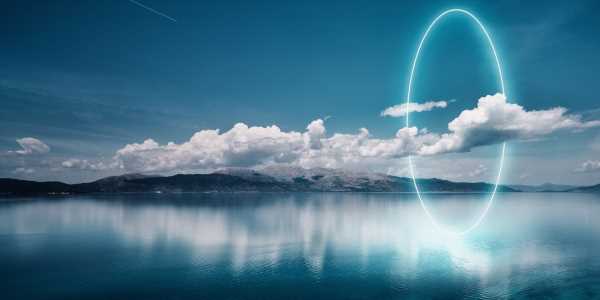 To further strengthen our commitment to providing industry-leading coverage of data technology, VentureBeat is excited to welcome Andrew Brust and Tony Baer as regular contributors. Watch for their articles in the Data Pipeline.

Ahana, which offers a fully managed service around the open source Presto query engine, on Amazon Web Services (AWS), is announcing it raised a $7.2 million top-off to its Series A funding round, bringing that round’s total to $32 million. It also announced Ahana Cloud Community Edition (CE), a free tier of its service, which it now characterizes as an open data lakehouse. The new investment is led by Liberty Global Ventures, with participation from GV (Google Ventures). Liberty partner Ankur Prakash will join Ahana’s Board as Observer.

Steven Mih, Ahana’s co-founder and CEO, says the company will use the money to grow its market and advance the Presto community. While cynics might view this raise as a sort of mini-Series B down round, Mih explained why the company sees it as an addendum to its Series A, instead. Mih said Ahana didn’t need to do a raise right now, but the opportunity presented itself and seemed strategic, so the company pursued it serendipitously.

The Community Edition is fully functional and offers an easy way to get Presto up and running. Customers will not be charged for the Ahana Cloud service, but will still pay AWS for compute and storage. There are limitations, of course. These include a constraint of a single cluster per customer, no autoscaling, no Graviton (Arm-based) instances, community support only (versus vendor-provided), and no enterprise security via Apache Ranger or Amazon Lake Formation. Though there is no licensing transgression involved for customers who want to use CE in a production capacity, in practical terms, these limitations might preclude that scenario.

But CE should work well for development, test and “tinker” applications. The last of these should not be underemphasized. CE (and the Ahana Cloud paid tier, for that matter) supports clusters as small as two nodes (one coordinator and one worker), making it very inexpensive for developers who are curious about Presto and want to get hands-on with it, quickly. And it will be especially cheap when run actively for only an hour or two at a time.

Mih explained how spinning up an Ahana cluster can be advantageous over the Presto do-it-yourself route. That’s because provisioning a CE cluster replaces a series of labor-intensive steps, including downloading the Presto bits, configuring a cluster, pointing it to your data lake, setting up Apache Hive catalog or AWS’ Glue catalog, configuring and tuning it all, and then firing up a SQL editor and/or BI tool to query it. 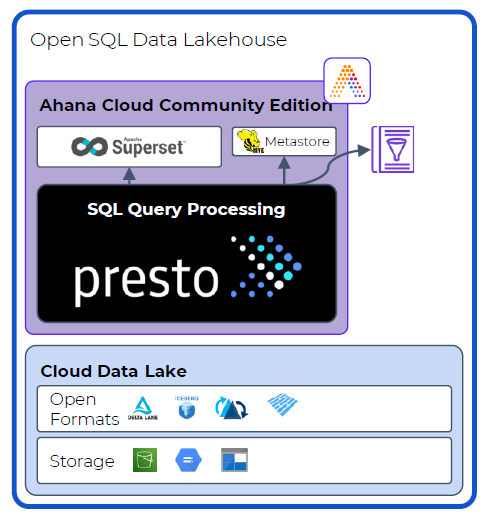 Instead of having to cobble all that together, CE provides a fully configured cluster from the get-go, with Hive catalog already set up and Apache Superset pre-installed for data visualization purposes (though customers are free to use the BI platform of their choice). And although clusters can be budget-sized, they can also be as big as any on the Ahana Cloud paid tier.

The data lake and lakehouse spaces are crowded. Ahana competitor Starburst Data has a cloud service based on open source SQL query engine Trino, a close cousin to Presto. It’s on all three major US hyperscaler clouds, versus Ahana’s one, and has raised $414 million over four rounds, versus Ahana’s shiny new $32 million total raised over what we might call 1.5 rounds.

But Ahana is chugging along, and Ahana Cloud Community Edition could be a great on-ramp for more growth. Still more growth might come if Ahana Cloud shows up on Microsoft Azure, which offers no standalone Presto service of its own and doesn’t offer it as an option on its HDInsight big data service, either. Compare this to AWS, with its Presto-based Athena service and whose own big data service, EMR, supports Presto as an optional component.

Regardless, Ahana Cloud CE is a win for customers, as it offers them more choice. Developers get a lower barrier of entry to gain new skills and data mavens have a fast option to gain new insights from their data. There’s also a good trend here: taking an open source analytics stack which became fragmented, disaggregated and complex, and bundling things up into an integrated, turn-key (not to mention free) service. That may be the biggest win of all.