Age of Empires II: Definitive Edition is much more than a remaster though—which may or may not prove controversial. The HD Edition was for purists. It played better on modern machines, with widescreen support and improved sprites, but otherwise it was pretty much the same game as the original, with all its rough edges.

The latest Definitive Edition tries to sand those rough edges down a bit, make Age of Empires II a more appealing prospect for the modern player. And I should note up front: Forgotten Empires claims a lot of these changes will be optional. The purist should be able to disable them and get a vanilla Age of Empires II experience. Though at that point, you might as well buy the HD Edition.

They’re smart changes though, I think. For instance, you can now click-drag to select your army and it will automatically exclude any peasants that happen to be within range. No more double-checking your army composition to make sure your hapless builder didn’t get swept up in the chaos.

Speaking of which, you can now queue up buildings so you don’t need to micromanage your villagers as much. There’s also a global recruitment queue arrayed across the top of the screen, so you don’t need to click every building in town to check up on production. Every unit-in-progress (and presumably research as well) shows up as an icon, so you can keep an eye on those Knights you’re training.

Best of all: Farms can be set to automatically replant after harvesting. 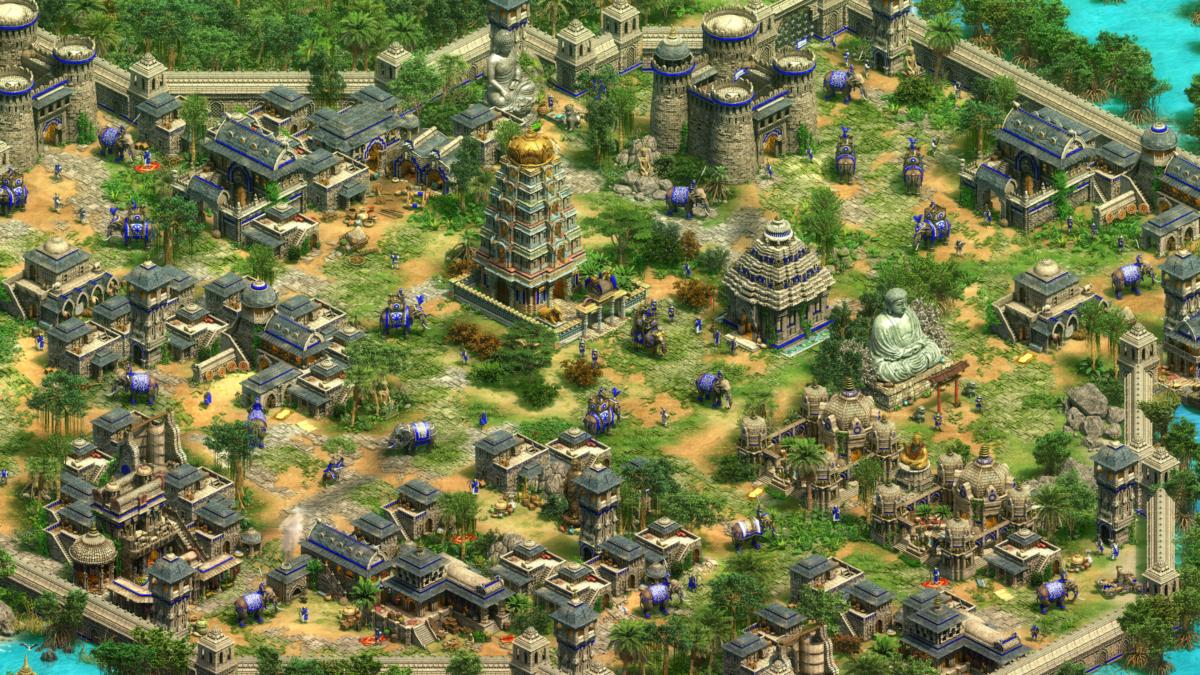 These are small changes, but in aggregate they make for a smarter and less finicky game. As I said, it sounds like you can either disable many of these features or opt to not use them—but why? A lot of these ideas became standard shortly after Age of Empires II released, and it’s not a better game for their absence. Different sure, and some might prefer the classic experience, but personally I’m looking forward to removing some of the busywork and focusing on tactics and army composition and the more big-picture ideas instead of worrying when I hear the shk-shk-shk of a farm gone fallow.

And there are some larger changes, albeit in specific and self-contained circumstances. Forgotten Empires claims it’s improved the AI on the hardest difficulty, programming it to use tactics that are common in high-level Age of Empires II play—and without cheating, unlike the old AI. I’m not equipped to judge that, as I’m a fairly middling (but enthusiastic) Age of Empires II player. I’m curious to give it a shot though.

More important perhaps is a series of what Forgotten Empires calls “Challenge Missions.” Despite the name, it’s actually meant to teach people to be better Age of Empires II players, not scare them off.

Challenge Missions are essentially tutorials, but advanced tutorials meant to teach the player specific high-level skills—how to get a boar back to town without it killing all your villagers for instance, or how to “Fast Castle” a.k.a. advance your civilization’s tech to the Castle Age as soon as possible. 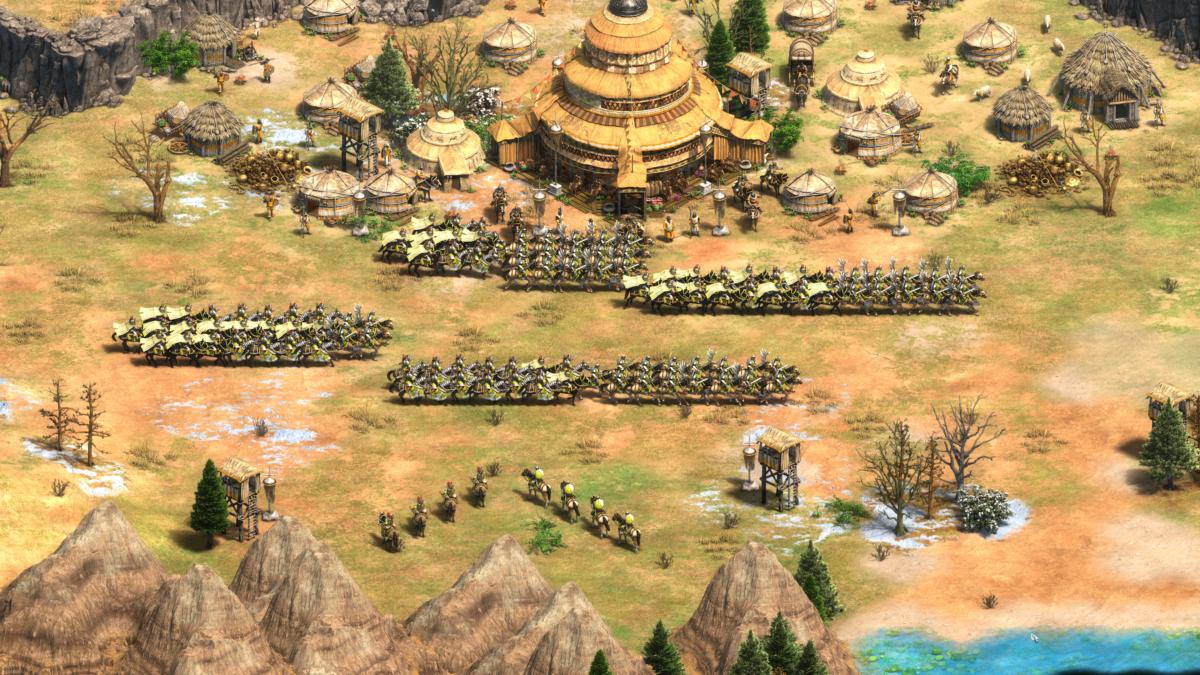 Like Mortal Kombat 11‘s character-specific tutorials, these Challenge Missions seem like a great step at removing traditional genre barriers. So often, people lose interest in strategy games because proficiency seems unattainable, and it seems unattainable because it’s poorly explained. I can’t count how many strategy game tutorials I’ve played that taught me how to move the camera or a character, but never bothered to explain why certain technologies might matter early on, what build orders might be good to start with, and so on. This knowledge is attained by trial-and-error, but it doesn’t have to be and I’ll be curious whether Challenge Missions live up to Microsoft’s stated aims.

Of course there’s a full-scale expansion included in the Definitive Edition as well. Titled “The Last Khans,” this will be the fourth expansion since 2013’s HD Edition re-release and will bring the full game to a total of 35 civilizations and 27 campaigns. For reference, there were 18 civilizations and 9 campaigns between the original Age of Kings and The Conquerors releases.

It’s one hell of a package, and that’s before getting into the native 4K and ultrawide support, the improved destruction animations (especially impressive when you demolish a castle), and the improved networking back-end that’s being taken directly from Relic’s work on Age of Empires IV and integrated into Age of Empires II: Definitive Edition. 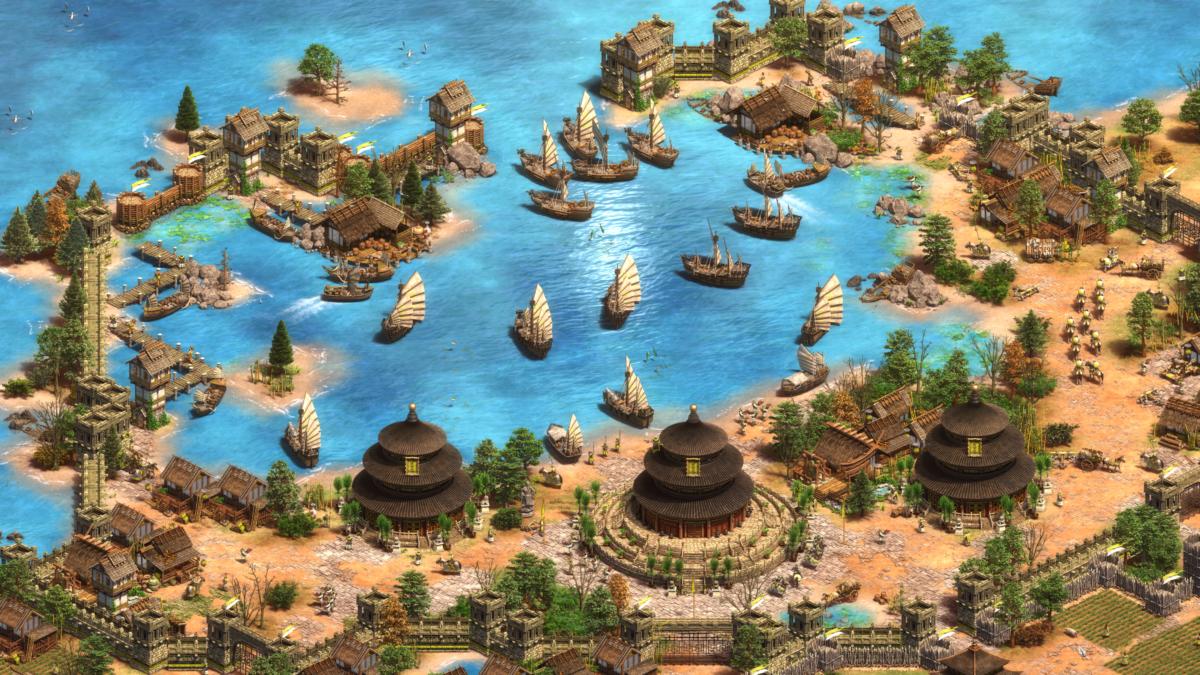 If you own the HD Edition? Sure, there’s certainly no need to upgrade. Microsoft’s going to give you $5 off the $20 list price if you do choose to purchase the Definitive Edition, but you don’t need to. Nothing here is essential per se, especially if you simply want to relive your memories from 1999. But Age of Empires II feels a bit rough by modern standards, and while it’ll take a few runs through the Joan of Arc campaign for me to know how I feel about all these changes, my gut tells me they’re for the better.

We’ll know soon enough though, as Age of Empires II: Definitive Edition is due to release this fall. If I were a betting man I’d place the date around September 30, the game’s 20th anniversary. You know, maybe.