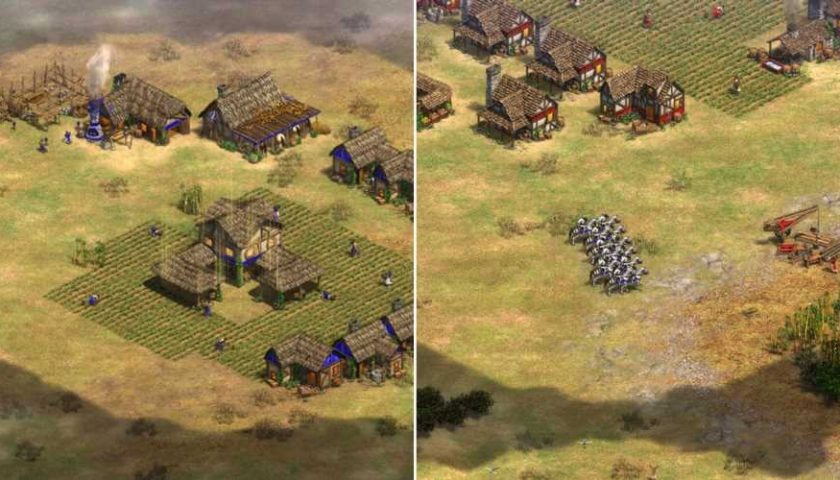 One of the timeless strategies in Age of Empires 2 that remains effective, prevalent, and often unstoppable is the one called Knight Rush. This method is popular for players of strong cavalry civilizations like the Franks or Persians, and it's also routine in multiplayer games and favoured most by “pocket” players who have allied players on either side and who may not have to worry as much about getting attacked early on.

A successful knight rush presents several challenges, like getting to the Castle Age quickly, having enough resources on arrival to produce knights, and conducting a ruthless raid once the army is ready. Provided you can avoid running them into specific counter units like pikemen or camels, and steer clear of any defensive buildings, knights are strong enough to carve through villagers and beat most other units in Feudal and Castle Age. First, however, you need to get there. 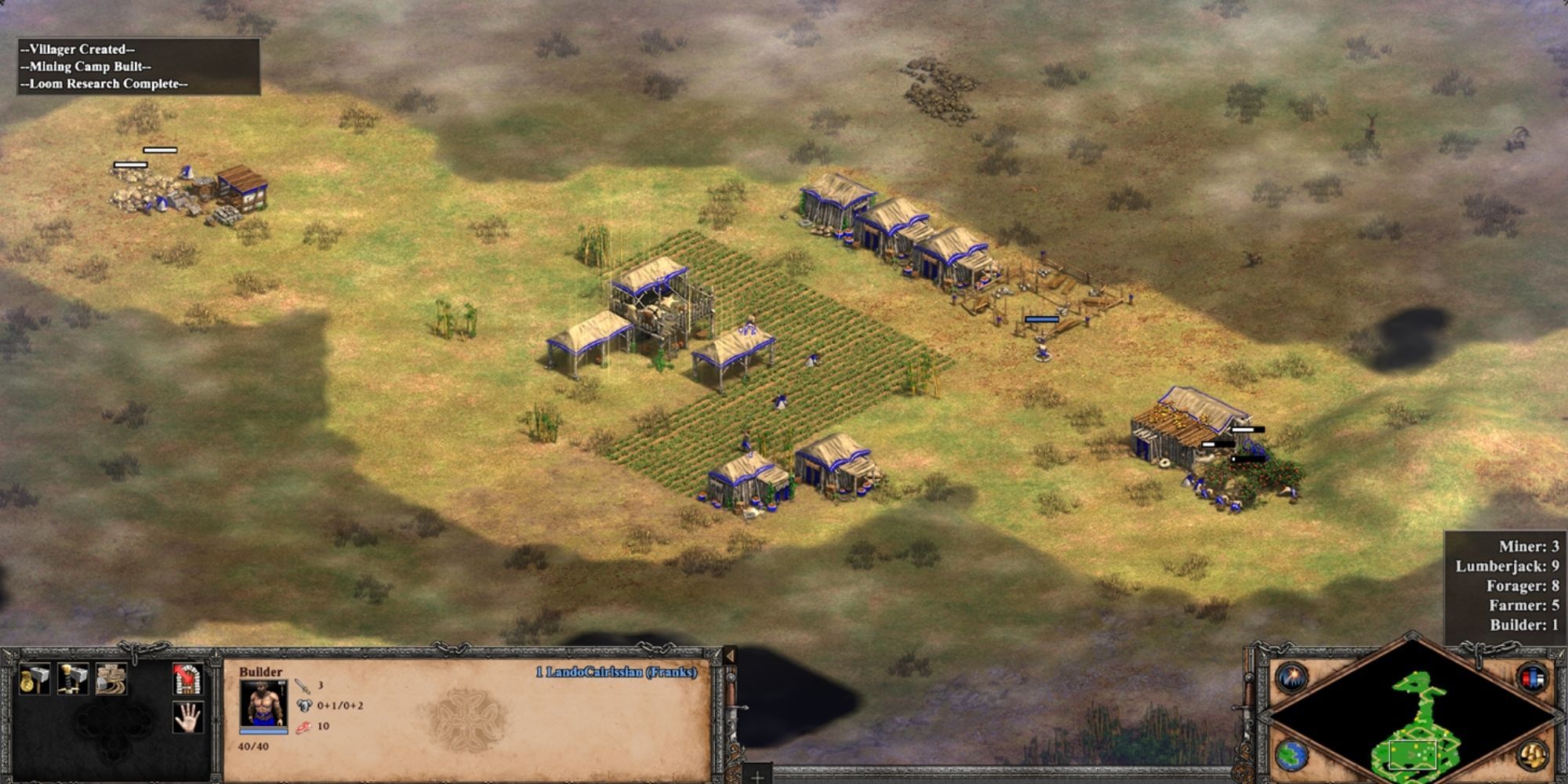 Unlike rushing to Feudal Age with a strategy of early aggression, a standard Knight Rush requires more time spent in Dark Age to maximize your economy earlier. This will bring a faster transition from the Feudal Age to the Castle Age, which unlocks knights as a unit with most civilizations. Assign your first six villagers to gather food from sheep, and the next three or four to chop wood, with subsequent villagers being sent to lure boar back to the town centre for food, gather extra food from berry bushes, and chop wood. Building a mill next to your starting berry bushes, and one or two lumber camps next to the nearest line of trees helps with resource gathering. As the sheep, boar and berries food runs out, assign those villagers to build farms.

Advancing to the Feudal Age with 21 or 22 population (villagers plus one scout) is the typical way to go, but this strategy requires more villagers (and more houses) before clicking up— you should aim for 27 or 28 population in Dark Age, including one scout. Of these villagers, around 13 should be on food, and around 10 on wood, and the next three villagers will be sent to gold to keep up with future advancing fees and the knight’s expensive cost (60 food, 75 gold).

Build a mining camp next to one of the starting gold piles and send the next three villagers created to mine gold. Research Loom in the town centre and once 500 food is stored, click the Feudal Age button on it. A barracks that unlocks other military buildings will be built, while Feudal Age is being researched. 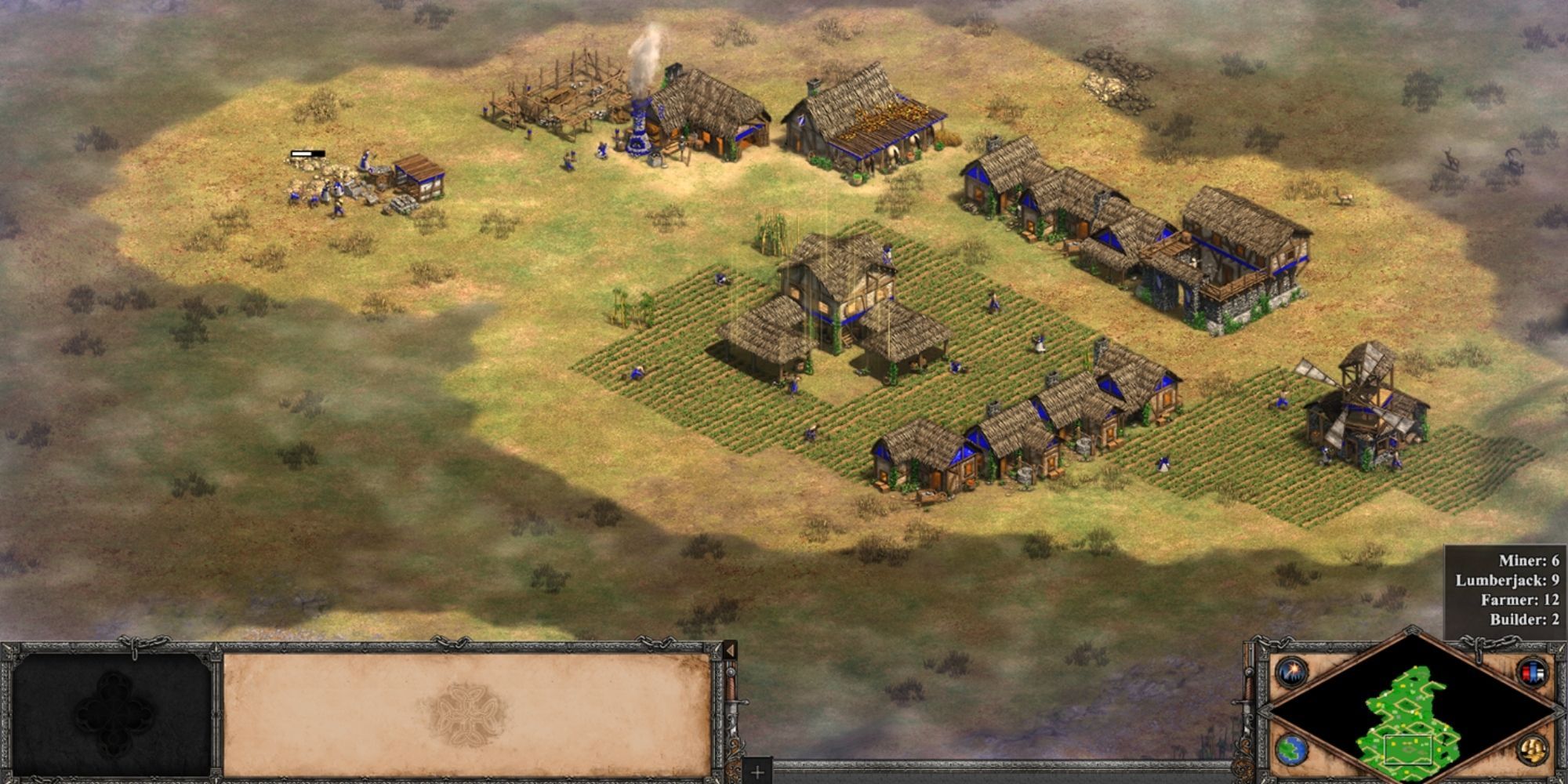 Now in the Feudal Age, transitioning to the Castle Age as fast as possible to start producing knights is key. Create two or three new villagers to build a Stable where you can make Knights, and a Blacksmith so you can upgrade them, and these two buildings will unlock the Castle Age button. Once they have finished building, assign these villagers to gold. Sustaining Knight production in the next age will require at least three gold miners per stable, so most knight rushing players aim for six gold miners to maintain a stable knight production using two stables.

To advance to the Castle Age, you will also need 800 food and 200 gold in resources. If the foundation of the earlier steps is complete, this should already be saved up once the buildings are complete and can be clicked once ready.

Now en route to Castle Age, you have some time to research several key technologies. Double bit axe at the lumber camp and a horse collar at the mill will help keep the economy streamlined. Building a second stable during this period is also key to doubling your production of knights.

Knight rushing in the Castle Age 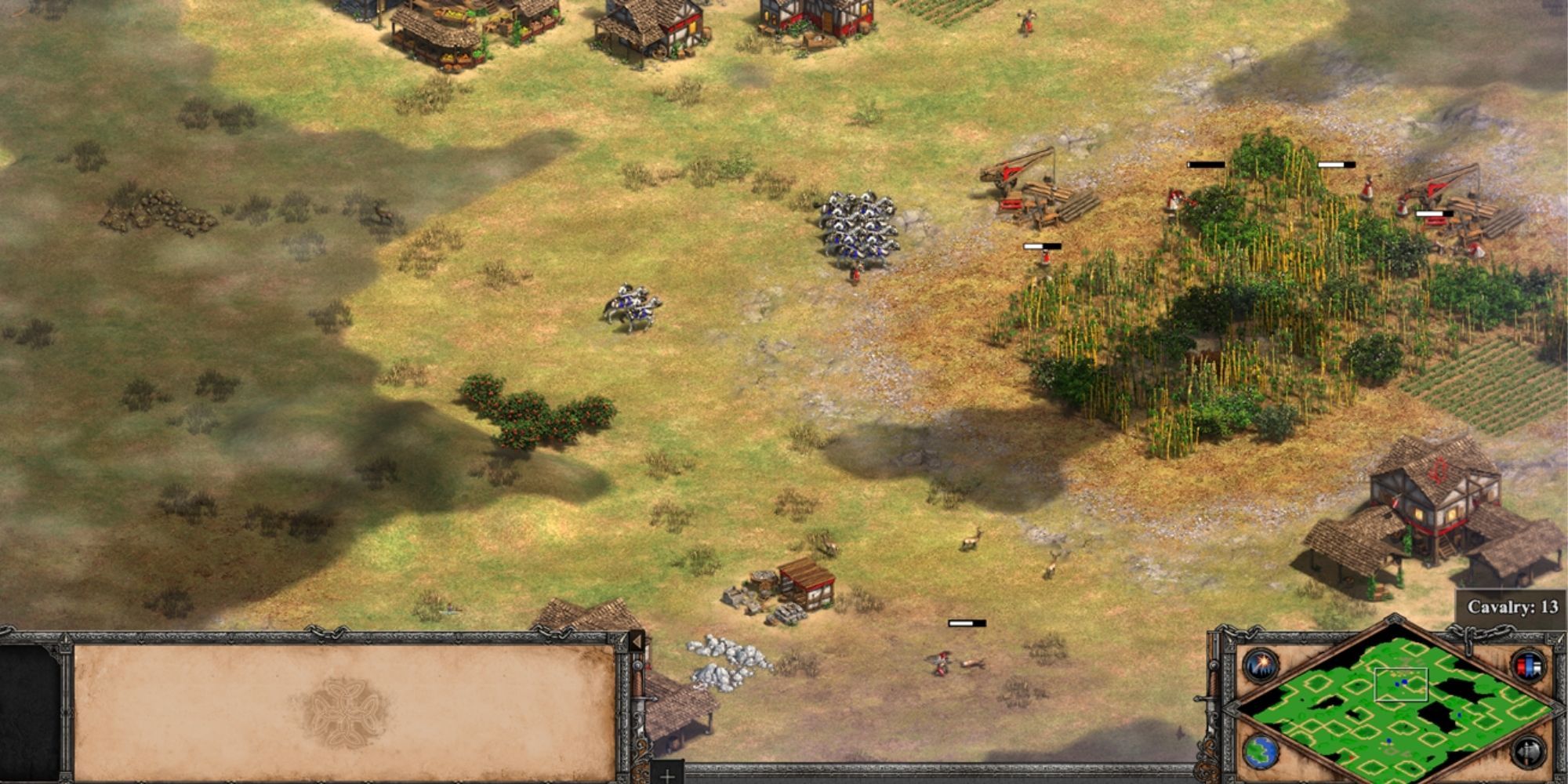 Once in Castle Age, Knights can now be produced from the two stables, so queue up and build at least six, before sending them to attack the opposing player’s base. On arriving, a standard play is to focus on killing enemy villagers by targeting those at the enemy wood lines, gold mines and farms. Knights can be vulnerable to arrow fire, so keep your knights sheltered from sustained arrow fire by staying away from the enemy town centre and stronger defensive buildings like Castles or Towers, as much as possible.

Remember to maintain the production of Knights at home and keep sending them to join the attack. A good Knight Rush sustains the pressure of the attack and keeps the action focused on enemy territory, so in a 1 versus 1 match, a successful execution should mean the player’s base and economy will also be protected.

As the famous military maxim goes: Attack is the best form of defence.