While Hestu is something of a comic relief character, both in Age of Calamity and Breath of the Wild, this giant Korok is no joke when it comes to battle and is capable of causing serious damage to Ganon’s army. Hestu may not be the best character in the game, but he is one of the most fun to play as once you have learned his playstyle, and can be very handy in a pinch.

Hestu is also one of the larger characters in the game, meaning he, like Calamity Ganon and the Great Fairies, has some trouble in enclosed levels, though it is nowhere near as much of an issue as it is for those two and is usually capable of navigating any map just as easily as smaller characters like Mipha or Link. 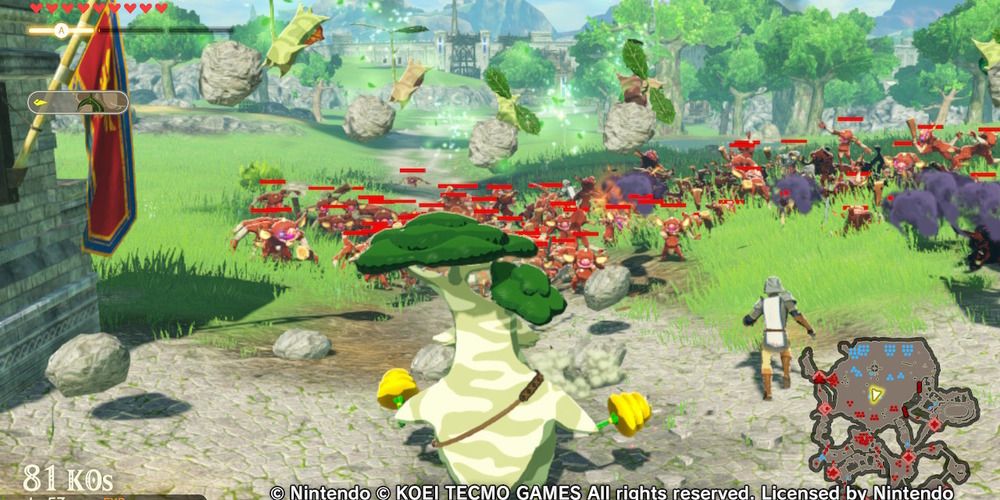 The main draw for using Hestu is that the majority of his attacks have an area of effect, ranging from a fairly small area in front of him to attacks that fill the entire screen. However, Hestu is also a fairly slow character when it comes to movement speed and also lacks any real forward momentum while attacking. That being said, Hestu’s attacks have a much longer range than most other characters, with the exception of the Rito characters, and is more than capable of chasing down foes if need be. 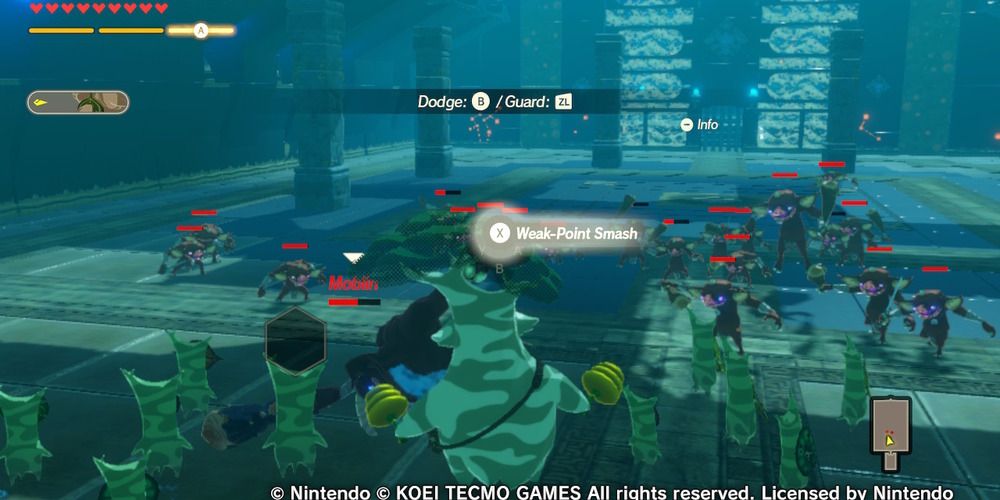 If Hestu hasn’t summoned any Koroks to assist him in battle, his strong attack will simply be a standard attack in front of him that functions identically to his regular attacks. If there are Koroks fighting by his side, however, the strong attack will direct the Koroks to attack whatever enemy the strong attack hit and is a good way of not only dealing with weak point gauges, but also stronghold bosses and Moblins in general. 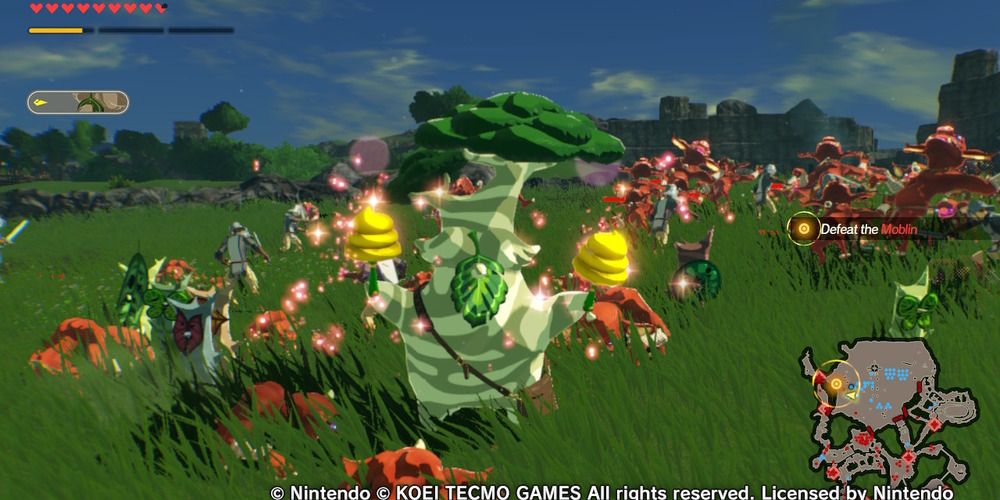 After requesting the enemy to “show me your moves”, Hestu will start a small dance routine that is eerily similar to his maracas dance from Breath of the Wild, only this time it will damage all enemies on screen for a short distance ahead of Hestu rather than improving carry capacity.

This attack will also summon Koroks to Hestu’s side and is a good way of re-summoning them if they have disappeared in battle, as the summon animation causes Hestu to be locked in place and be very susceptible to oncoming damage. 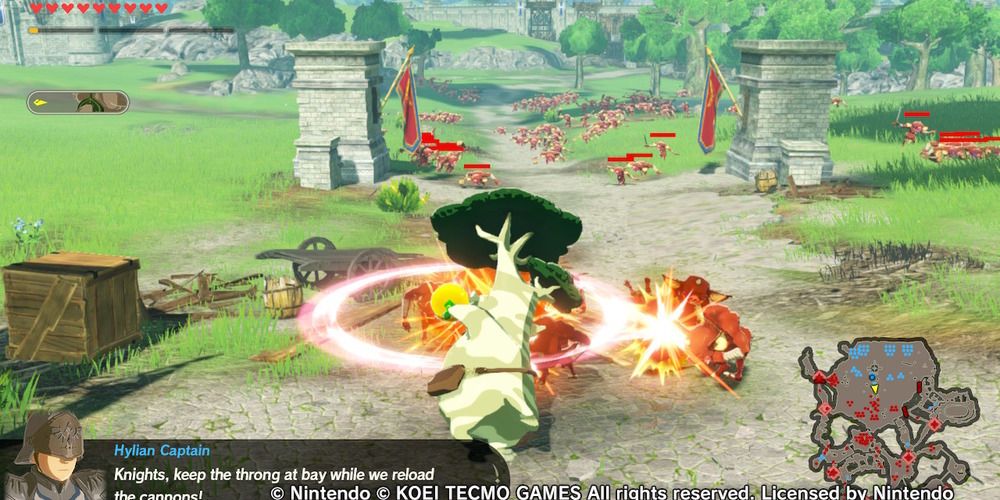 Even though Hestu is a large character, his basic attack string comes out very fast compared to most other large characters, allowing him to deal damage under pressure very quickly. The maracas attacks have about the same range as Mipha and Sidon’s spears, though without the forward momentum that goes along with it and is good for both hordes of Bokoblins as well as bosses. Hestu’s basic combos also deal considerably more damage than would be expected, though none of his basic combo attacks will stun an enemy. 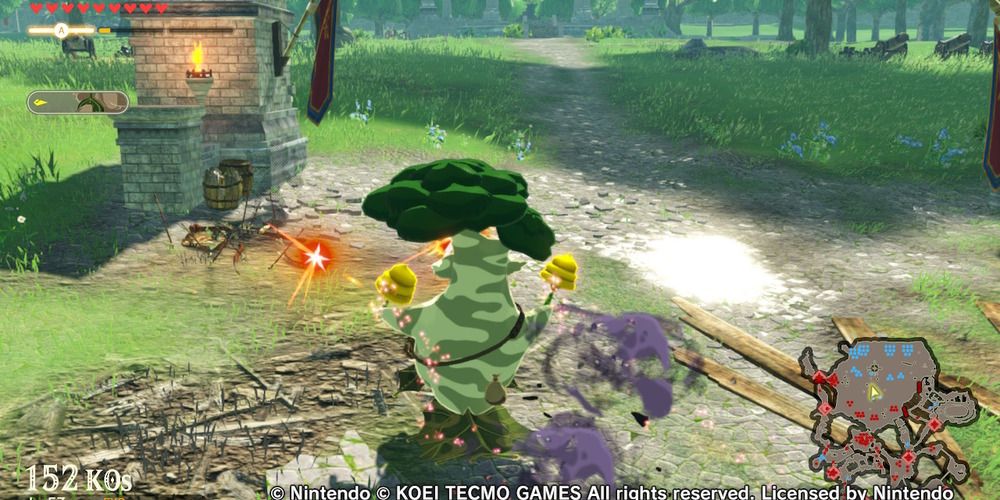 To make up for the basic attack string’s lack of momentum, Hestu’s strong attack combos will either increase his range substantially or jet him forward while attacking. Both his second and fifth combos will turn Hestu into a fast-moving wrecking ball whose speed and power is only matched by Daruk’s roll attack, while his first, third, and fourth combos will use Koroks to vastly improve his range, both in length and width, to ensure he is always hitting something on the screen. 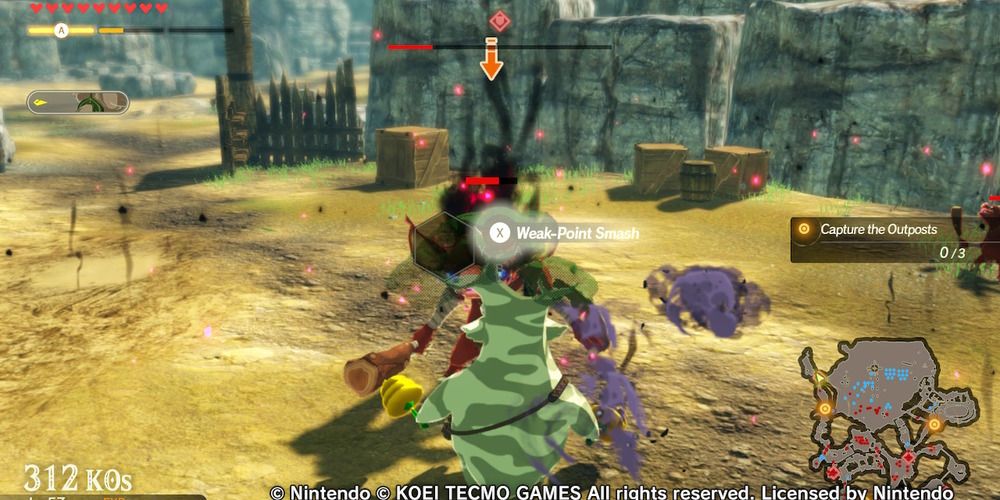 Hestu’s basic combo string is a fairly good way to drain weak point gauges since the attacks come out fairly fast and deal decent damage, though this approach should be combined with the Stasis Rune for maximum effect. His third and fourth combos, however, are by far the best ways of draining weak point gauges and are made even better when there are Koroks summoned, as this will increase both the damage and range of the attack, which helps in keeping smaller enemies at bay while draining the gauge.

Hestu is one of the lucky characters with a Stasis Rune whose animation can be dodged out of, which you almost always want to do since it will lock Hestu in place while he attacks with his maracas.  Magnesis, on the other hand, is only good if used when prompted and has little use in standard combat.

Hestu’s bombs, unlike every other Rune, are improved while Koroks are summoned and he will order the Koroks to throw extra bombs ahead of him. Surprisingly, Hestu’s Cryonis is actually one of the best way of summoning Koroks quickly, since when the ice block breaks, there will be a handful of Koroks hiding inside that will join the fight. 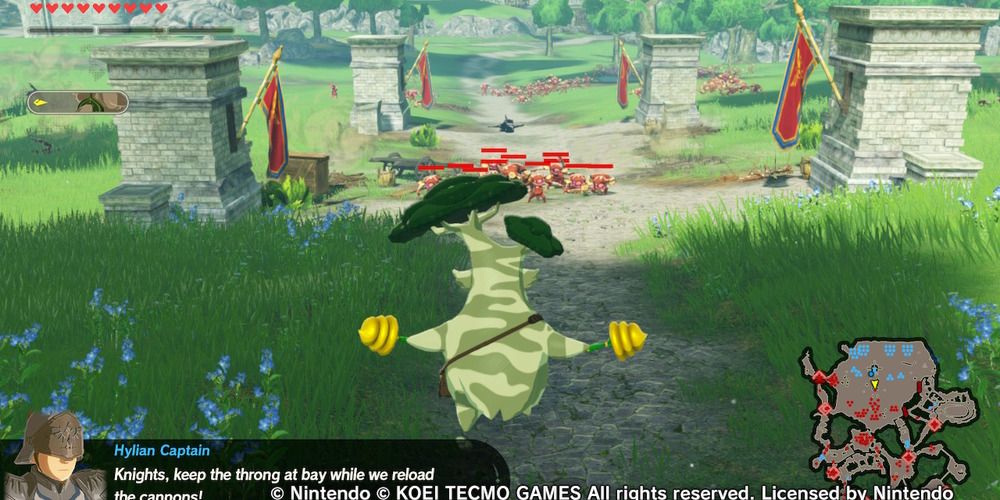 When it comes to defense, Hestu doesn’t have a lot going for him. Like every other character, he is more than capable of dodging attacks to trigger flurry rushes, but between his large size and short distance that he moves, this can result in failure more often than not. Due to being a larger target, which also obscures enemy movements sometimes, blocking may be the better option if there is no other alternative, though both his second and fifth combos are a good way of moving around the battlefield to avoid being hit while also dealing decent damage at the same time. 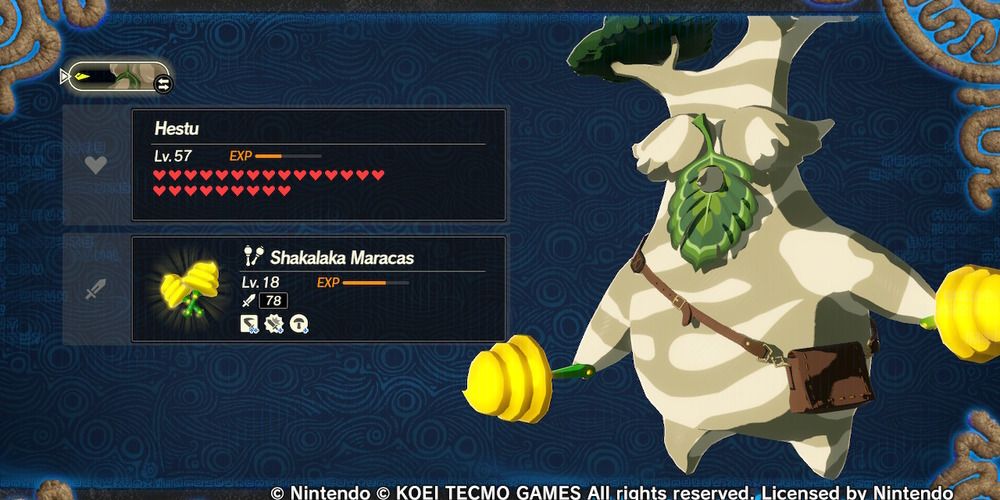 Despite how weird he is, Hestu is a fair straightforward character and, as such, can benefit from just about every good weapon modifier. Attack Speed and Attack Range allow Hestu to do what he already does well even better, though Strong Attack Damage is almost useless on him. Damage to Midair Enemies is a surprisingly good modifier, as the majority of Hestu’s combos will throw smaller enemies into the air while his basic combo string can very easily juggle aerial enemies. 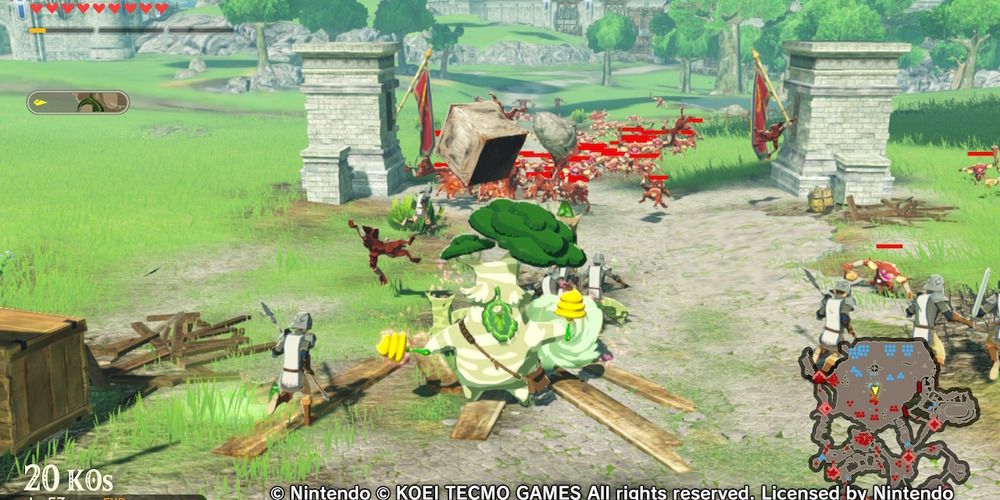 As previously stated, Hestu’s unique action will summon Koroks to fight by his side, with the post-game upgrade increasing the number of Koroks that are summoned. These Koroks don’t do anything on their own but will add follow up attacks to Hestu’s strong attack combos instead, some of which, such as his third combo, deal considerable damage even after the attack is finished. The only real downside of his unique action is how long it takes to summon the Koroks as well as the fact it locks him in place for a few seconds similar to Urbosa’s lightning, however, this animation can be dodged out of if need be while keeping however many Koroks that were already summoned around.

Next: Age Of Calamity: Pro Tips For Playing As Impa