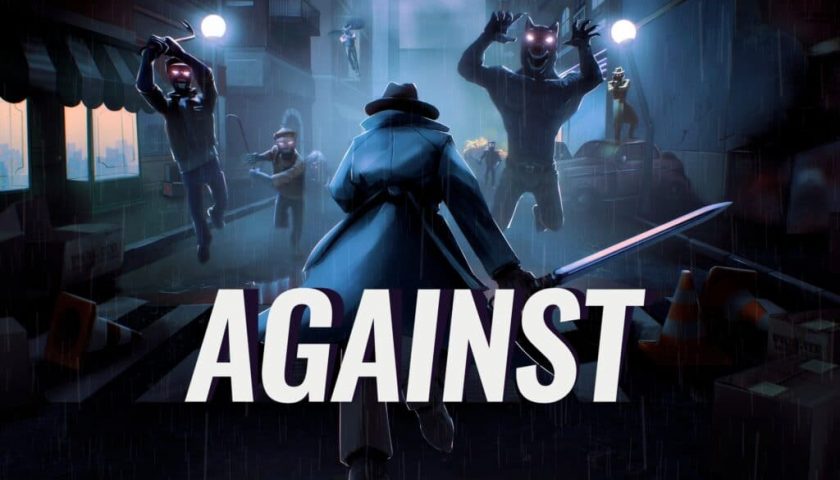 The game will drop via early access on Steam and expand on the demo that JoyWay released earlier this year. Against is a little like Cloudhead Games’ Pistol Whip in that you fight enemies to a beat as your stream down linear paths on-rails. But the game has its own distinct visual style, promising a neo-noir bloodbath that might remind you of Sin City. Check out the brand new trailer below.

The early access release of Against is set to feature seven levels, each with Easy, Normal and Hard difficulties. Each level features its own theme and unique elements, and there’s even a story to string along the sequences. If the game can deliver on the stylish mix of combat and music shown in the trailer, it’ll definitely be worth a look.

If last June’s demo was anything to go by, though, it could well deliver. We thought the game offered a brutal and bloody good take on the Beat Saber formula. JoyWay will also be running a closed beta for the game ahead of launch, sign-ups for which are live here. An Oculus Quest version of the game hasn’t been announced but, considering JoyWay’s other projects have debuted on PC before being confirmed for Quest, it’s not out of the question.

Currently those other projects include popular VR parkour game, Stride, which is in early access on PC and standalone, while a super-powered shooter named Outlier is due to arrive in the near future.