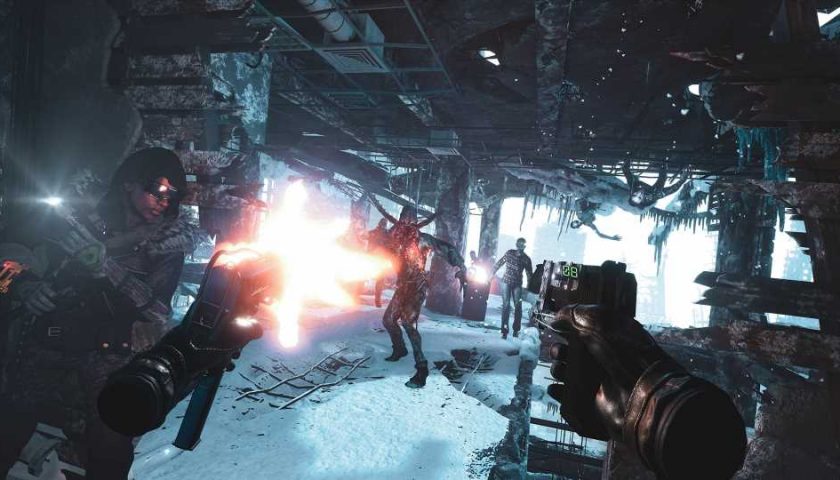 After The Fall, Vertigo Games’ long-awaited follow-up to Arizona Sunshine, is promising lots of zombies chasing after you when it launches this summer.

More importantly, though, the studio says the Oculus Quest version will be able to keep up with them.

The standalone version of the shooter was finally confirmed during last week’s Oculus Gaming Showcase. But, not only is After The Fall coming to Quest as well as PC VR and PSVR, it will also feature cross-play between all three versions of the game. Last week’s trailer, however, showcased huge hordes of enemies on screen at a time, leaving some wondering if the Quest port would be able to keep up. The device is, after all, not as powerful as gaming PCs or even the base PS4 console.

So we put that question to Vertigo itself. The studio told us: “The amount of enemies on all the platforms is identical, this counts for all important gameplay elements. We apply lodding techniques on rendering and animation, but also on code, to have dynamic quality while still keeping the enemies in sync between the platforms.”

Lodding, more commonly known as LOD (Level of Detail) means that certain assets in a game can change in quality based on different factors like distance. So enemies further away could perhaps use downgraded character models and animations when you get closer. So, while there will obviously be visual differences between the different versions of the game, it seems like the actual gameplay experience itself will be the same wherever you’re playing.

After The Fall arrives later this year on all major VR headsets. Will you be picking the game up? Let us know in the comments below!