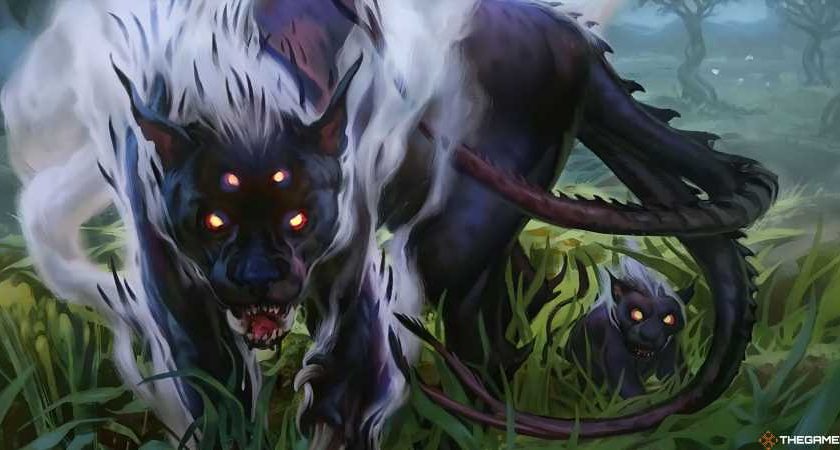 After almost two full years of warping Magic The Gathering's Modern format, Lurrus of the Dream Den has finally been banned.

Ever since the launch of Ikoria: Lair of Behemoths and its controversial Companion mechanic in 2020, Lurrus has completely dominated the Modern format. It's also had a significant presence in Pioneer too, where it is also being ousted in this latest banlist update.

The full list on the official Magic The Gathering website explains what players have known for years: Lurrus' deckbuilding restriction of requiring every permanent to have a mana cost of two or less wasn't any kind of problem for the faster Modern format. The post does give some statistics to justify Lurrus', though, such as how 31% of Magic Online league decks that won four games or more uses it. 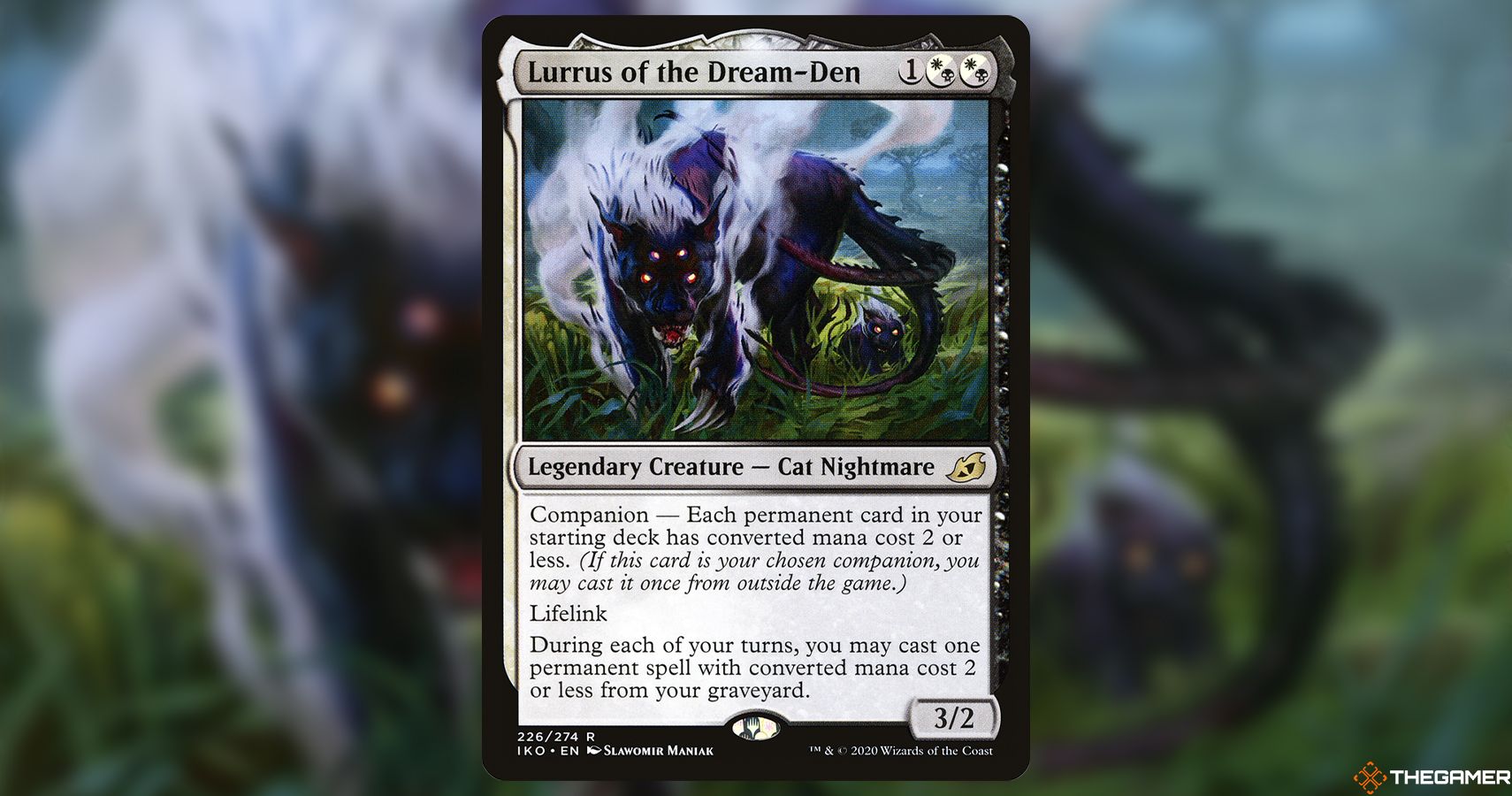 Lurrus wasn't as big a problem in Pioneer, but it was still a powerful card for many of the same reasons as it was in Modern. In the statement, Wizards implies that its ban here is more of a preventative measure. As Pioneer grows as a format, it's going to run into similar problems as Modern, which makes banning Lurrus now a sensible move.

Players have been begging for Wizards to ban Lurrus ever since it debuted. Companion, which allows specific decks to have a creature 'companion' sit outside the deck, where it can be easily accessed, is often seen as one of the game's most-popular mechanics of all time. Despite that, Wizards has said that it feels the other Companion creatures have a healthy presence in Pioneer and Modern right now, so it isn't considering making any further bans. 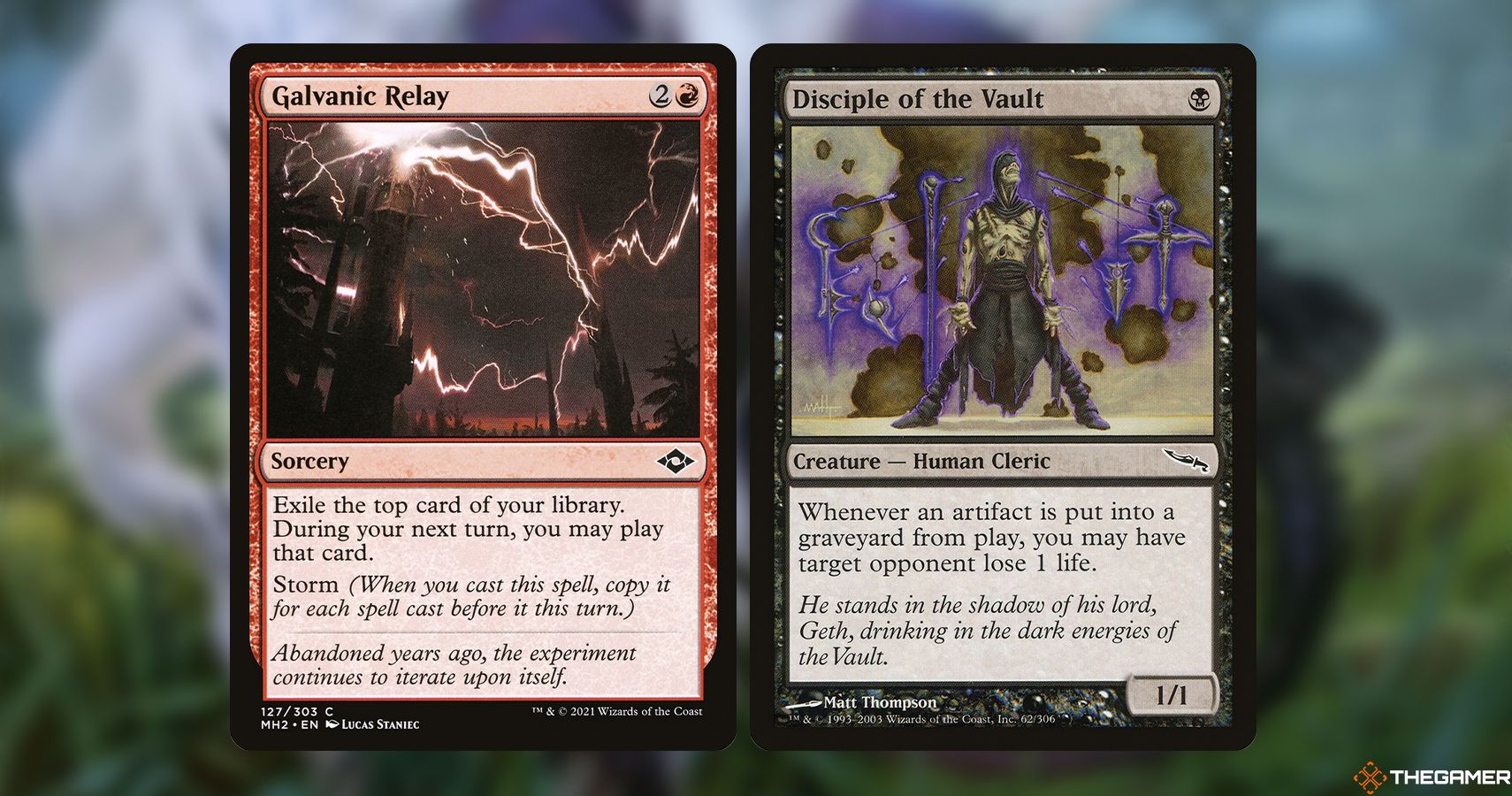 Pauper is getting a few, non-Lurrus bans of its own, with Galvanic Relay and Disciple of the Vault being barred. Galvanic Relay is the latest in a long line of Storm cards to be banned in Pauper, following on from Chatterstorm late last year. Meanwhile, Disciple of the Vault is part of the continued push to nerf the artifact-driven Affinity decks; a ban was considered for it at the same time as Atog earlier this year, but Wizards decided against that.

It's not all bans, though, as Expedition Map is being unbanned. It was banned back in 2020 to help nerf the then-popular Tron decks (decks that use the lands Urza's Mine, Power Plant, and Tower), but according to Pauper Format Panel leader and senior designer Gavin Verhey, its impact was "minimal". Now more impactful cards like Prophetic Prism have been banned instead, Wizards feels it's time to give Expedition Map another chance in the format.