At last, it looks like there’s some light at the end of the tunnel for troubled action RPG Rune II. Hopefully.

It’s not unusual for game launches to go a little awry. There are all kinds of factors that can completely derail a successful launch. Servers can completely fail to withstand the demand. Game-breaking bugs may not have been resolved. Huge day one patches can leave players frustrated. The launch period is a critical time for any title’s momentum, and it’s super tough to recover from a messy one.

Of course, some games have done just that. Pokémon GO and Grand Theft Auto Online, for instance, both buckled under the pressure of everyone on the planet trying to log in at once, resulting in a sort of glitchapalooza. Several years on, though, both titles are still making serious bank. Rockstar continue to support GTA Online with seasonal events, new content and such, while Pokémon GO also continues to be outrageously popular. For Rune II, however, launch was an even more complicated affair. 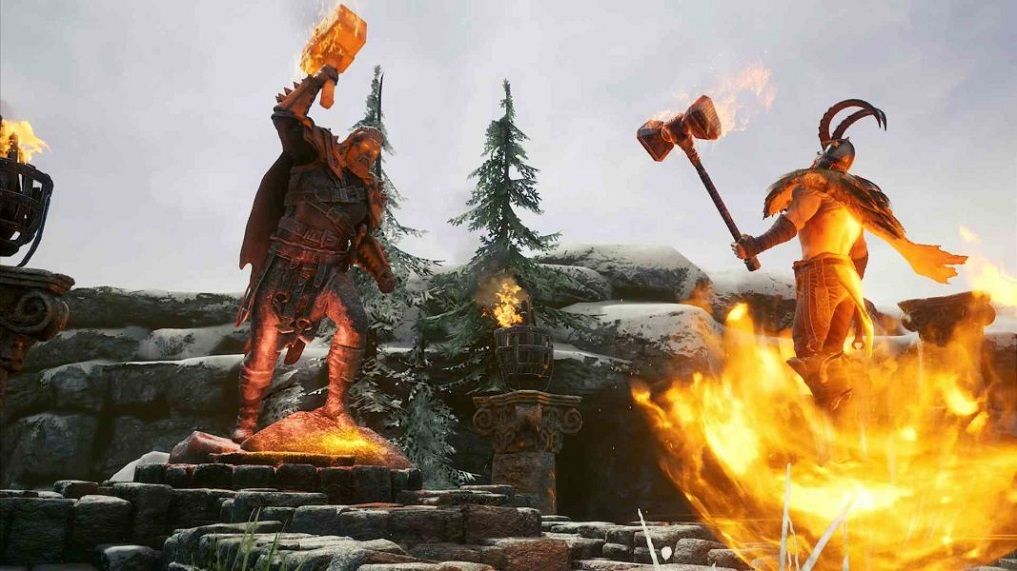 This action RPG was the work of developer Human Head Studios and publisher Ragnarok Game. When it came to release, things got super, super muddy between the two companies. As Gamasutra reports, an ill-timed situation saw Human Head “closing its doors only to immediately form a new studio under the Bethesda Softworks banner.” Where did this leave Ragnarok? Making a complaint, that’s where, stating that Human Head had left them completely unaware that the change was taking place and, just as egregiously, “withholding Rune II assets and code, thereby preventing it from supporting the title as promised.”

Needless to say, a protracted legal battle could leave Rune II’s future in limbo for a long time, but the first step towards a resolution seems to have been made. As Ragnarok stated on their forums as 2019 came to a close, they have taken delivery of a hard drive containing assets and source code for the game.

“We have brought on engineers to check the thoroughness of materials and ensure the hard drive has all RUNE II files,” the post explains. “Currently we have set up a build, test, and staging environment. Once we have confirmed that we are able to make a complete build of the current version of RUNE II (.12L), we are going to begin working on a patch to address the top critical issues, bugs, and optimizations that we have seen reported over the last month and a half.”

Of course, we don’t know the full details of the situation. Is this hard drive full of sweet, sweet Rune II material that will end of the bad blood between the companies? What of the title’s future? Where are Human Head going to go from here? It’s a step in the right direction, for certain, but there’s so much that’s still unclear.