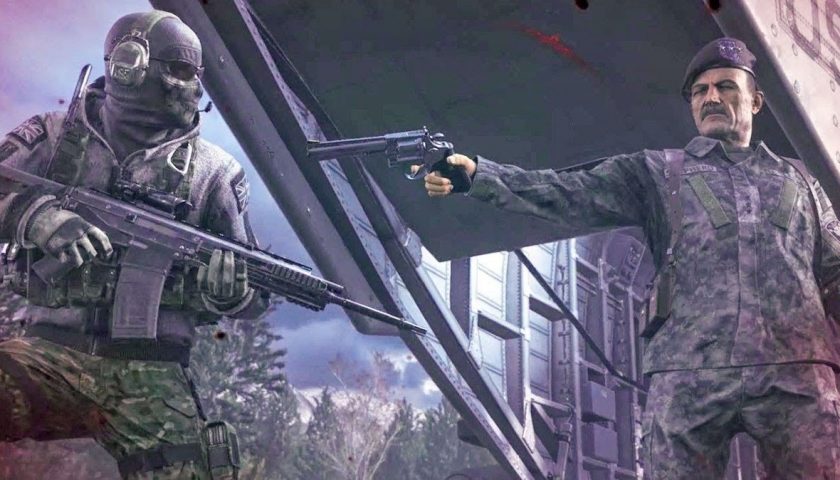 Activision has made a statement saying that Jeff Leach, who voiced the character of Ghost in 2019’s Call of Duty: Modern Warfare will no longer be involved in the series.

The statement came after a series of sexist and misogynistic comments made by Leach were brought to the attention of the internet via YouTuber NitroLukeDX. A two and a half minute montage created by the YouTuber shows a Leach go on a tirade of inappropriate remarks; including an instance from 2017 on a live TwinGalaxies show where he made crass remarks about Twitch streamer The Zombi Unicorn being popular only for her body. You can hear the full remarks in the video.

“It’s not acceptable. These people like Jeff Leach won’t change. They haven’t changed, and they won’t. There are people who fuck up and make mistakes, who take responsibility and understand that they were wrong,” said Zombi Unicorn in a video addressing the situation. “They do some reflecting and therapy and they work on it and try to become better people. That’s not this situation. This is an example of someone who has been documented for years doing the same exact misogynistic, horrible, malicious behaviors.”

The video also includes instances from as recently as 2020, where Leach makes absolutely horrendous remarks towards female players during a Call of Duty stream.

“Sexism has no place in our industry, our games or in society. Activision is no longer working with Jeff Leach. We strongly condemn these remarks. We are committed to delivering a fun and safe experience for all players,” said Activision in a statement to Call of Duty news site Charlie Intel.

Leach took to Twitter in his defense, saying “If someone comes into my live streams to purposefully troll me with toxicity (as this Luke can did), derail my content, insult my community or shit talk in my chat… I (as a professional comic) destroy them. As I would any hateful heckler. Irrespective of gender, race, age.”

He went on to say that he was giving it back to someone who was trolling him in the stream chat, and that the video is taken “out of context to fit a character defaming narrative”.